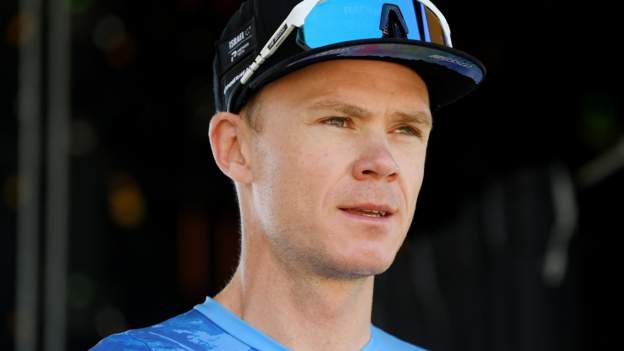 Britain’s Chris Froome has been forced to withdraw from the Tour de France after testing positive for Covid-19 before Thursday’s stage 18.

The four-time champion had shown signs of a return to form as he aims to get back to full fitness after being seriously injured in a crash in 2019.

He finished third on stage 12, which was won by fellow Briton Tom Pidcock.

Froome had been in contention for a first stage win on the Tour since 2016 before Pidcock claimed a famous win on the Alpe d’Huez.

But it was by far his best performance since the high-speed crash that left him with injuries including fractures to the neck, legs, ribs and back.

He said he was “really disappointed” that he would not be able to ride into Paris for the final stage on Sunday after he had “found his legs again” over the course of this year’s Tour.

“I’m going to head home now, switch off for a few days and refocus on being ready for the Vuelta a Espana later this season,” Froome said on Twitter.