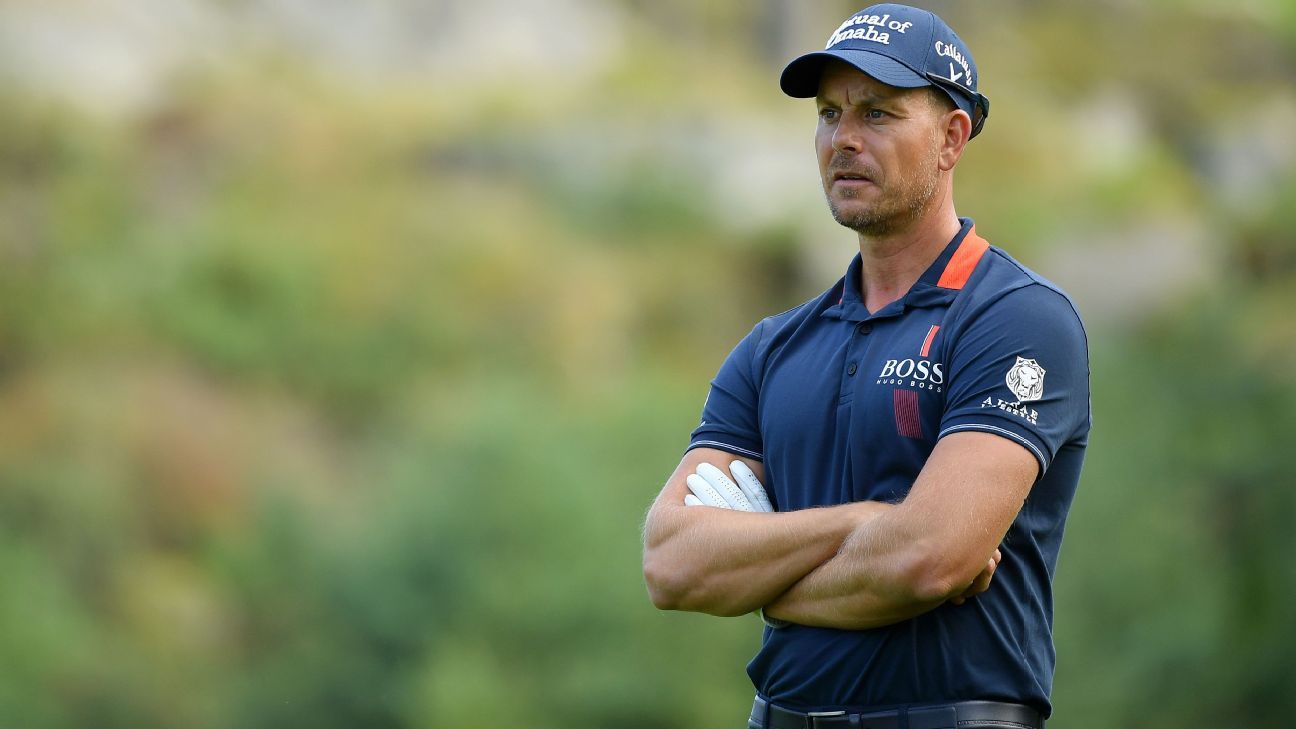 Henrik Stenson will no longer serve as the European captain at the 2023 Ryder Cup in Rome, with the Swedish golfer announcing Wednesday that he will join LIV Golf.

In a statement posted to Twitter on Wednesday, Stenson wrote that LIV Golf officials had worked with him to ensure that he could fulfill his Ryder Cup obligations, but Ryder Cup Europe wasn’t willing to allow him to do it.

“While I disagree with this decision, for now it is a decision that I accept,” Stenson wrote. “I have huge respect and admiration for the Ryder Cup and those individuals behind it I know are doing their utmost to act in the best interests of the historic event.”

Ryder Cup Europe said in a statement earlier Wednesday that Stenson would not serve as its captain next year.

“In light of decisions made by Henrik in relation to his personal circumstances, it has become clear that he will not be able to fulfill certain contractual obligations to Ryder Cup Europe that he had committed to prior to his announcement as captain on Tuesday March 15, 2022, and it is therefore not possible for him to continue in the role of captain,” the statement read.

Ryder Cup Europe said a new captain would be named “in due course.” England’s Luke Donald, Scotland’s Paul Lawrie, Sweden’s Robert Karlsson and Denmark’s Thomas Bjorn might be in the running to replace Stenson as captain.

Stenson, 46, informed DP World Tour officials Tuesday night of his decision to join LIV Golf. Like other players who have left established tours for LIV Golf, Stenson said he hoped to play on multiple circuits in the future.

“It is a shame to witness the significant uncertainty surrounding the Ryder Cup, who will be eligible to play, etc.,” Stenson wrote. “I sincerely hope a resolution between the tours and its members can be reached soon and that the Ryder Cup can act as a mechanism for repair amongst various golfing bodies and their members.”

A handful of PGA Tour players told ESPN at The Open at St. Andrews, Scotland, last week that Stenson was prepared to give up his Ryder Cup captaincy to sign a multiyear contract with LIV Golf that could be worth as much as $40 million.

When Stenson was selected as the Ryder Cup captain, he signed a contract that prohibited him from playing on any circuit other than the DP World Tour and PGA Tour.

One of Stenson’s main sponsors, Mutual of Omaha, whose logo has been featured on the front of Stenson’s hat in tournaments, has already taken action with the former tour player joining LIV.

A spokesperson for the company said Mutual of Omaha and Stenson mutually agreed to end their sponsorship deal, effective immediately. Boss, Stenson’s other prominent sponsor, did not return messages on the future of their relationship.

Stenson’s departure is another blow for the Ryder Cup European team, which has already had several of its most notable players, including Casey, Sergio Garcia, Ian Poulter and Lee Westwood, defect to the breakaway LIV Golf circuit.

Stenson, who is ranked 171st in the Official World Golf Ranking, won the 2016 Open Championship at Royal Troon with a major championship 72-hole scoring record of 264. Stenson’s six PGA Tour victories include the 2009 Players Championship and 2013 Tour Championship. His most recent victory on the PGA Tour was the 2017 Wyndham Championship.

When Stenson was asked at The Open what his upcoming schedule would include, he said he was “undecided.” He did talk about scouting the Marco Simone Golf and Country Club, located about an hour from Rome. It will host the Ryder Cup from Sept. 25 to Oct. 1, 2023.