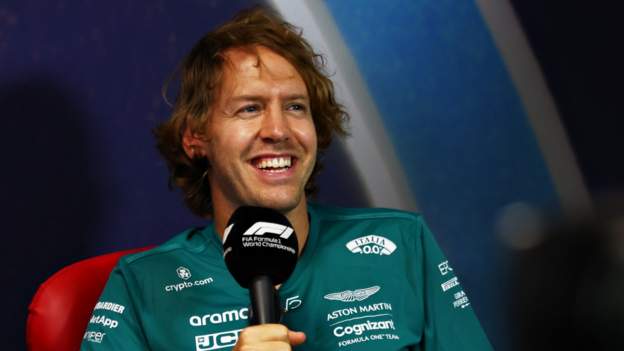 Sebastian Vettel says he wants to continue in Formula 1 next season.

The four-time world champion, 35, is out of contract with Aston Martin at the end of the year and there has been speculation about his future.

Speaking before this weekend’s French Grand Prix, Vettel said: “I am talking to the team. There is a clear intention to keep going. We’ll soon see where we stand.”

Vettel has demonstrated a new focus on environmental and political matters in recent years, and said he considered his future in F1 during last year, before signing up for a second season with Aston Martin in 2022.

The German has also been mentioned in connection with McLaren, where there have been questions about Daniel Ricciardo’s position despite the Australian being under contract for 2023.

Asked about McLaren, Vettel said: “I know some people there but I think it’s just rumours.”