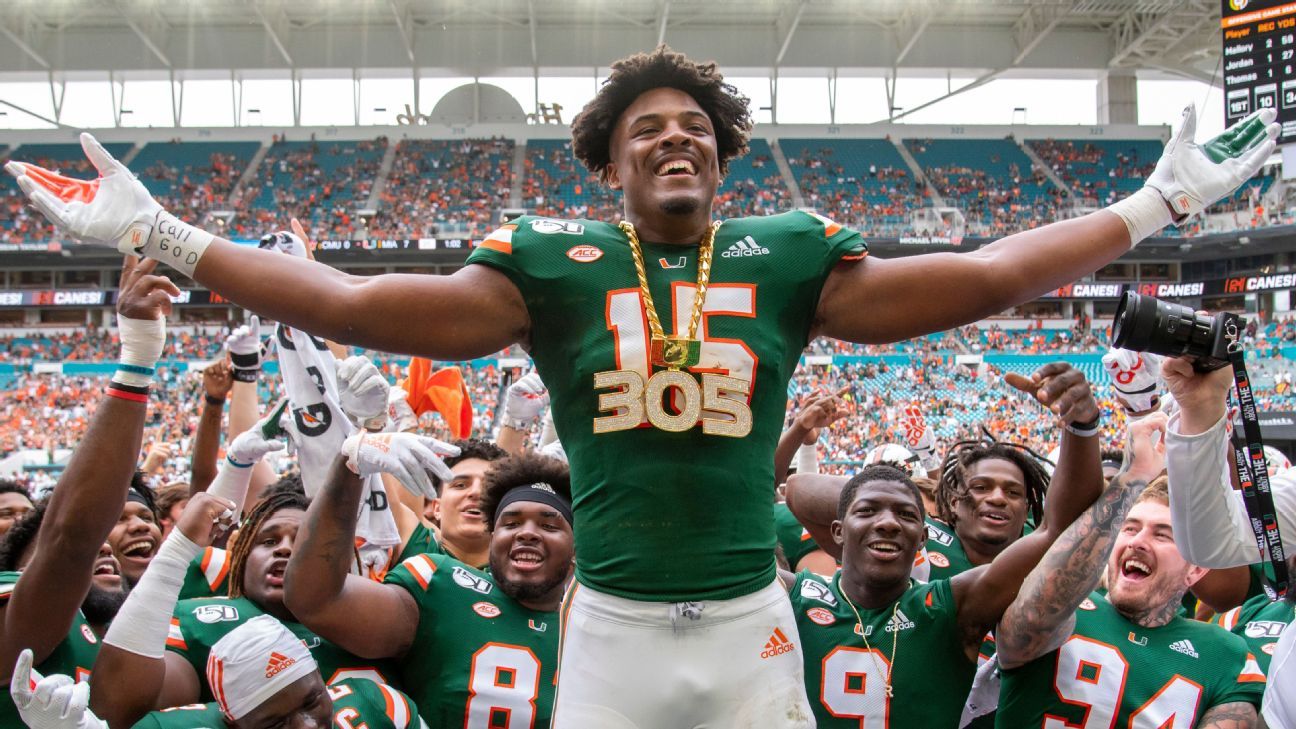 The Miami Hurricanes are ditching the “turnover chain” for the 2022 season, first-year coach Mario Cristobal told the Action Network on Wednesday.

“It’s not part of our culture,” Cristobal said, according to a tweet from the publication.

Miami’s turnover chain is an oversized 36-inch, 2.5-kilogram, 10-karat gold chain worn by players on the sideline after forcing a turnover. It has been used by the school since the first game of the 2017 season.

The Hurricanes hired Cristobal as their new coach in December, after four seasons leading Oregon. A Miami native, Cristobal won two national championships at the school as a player and earned two degrees from his time here.

Cristobal is scheduled to meet with reporters on Thursday morning at ACC Media Days in Charlotte, N.C.