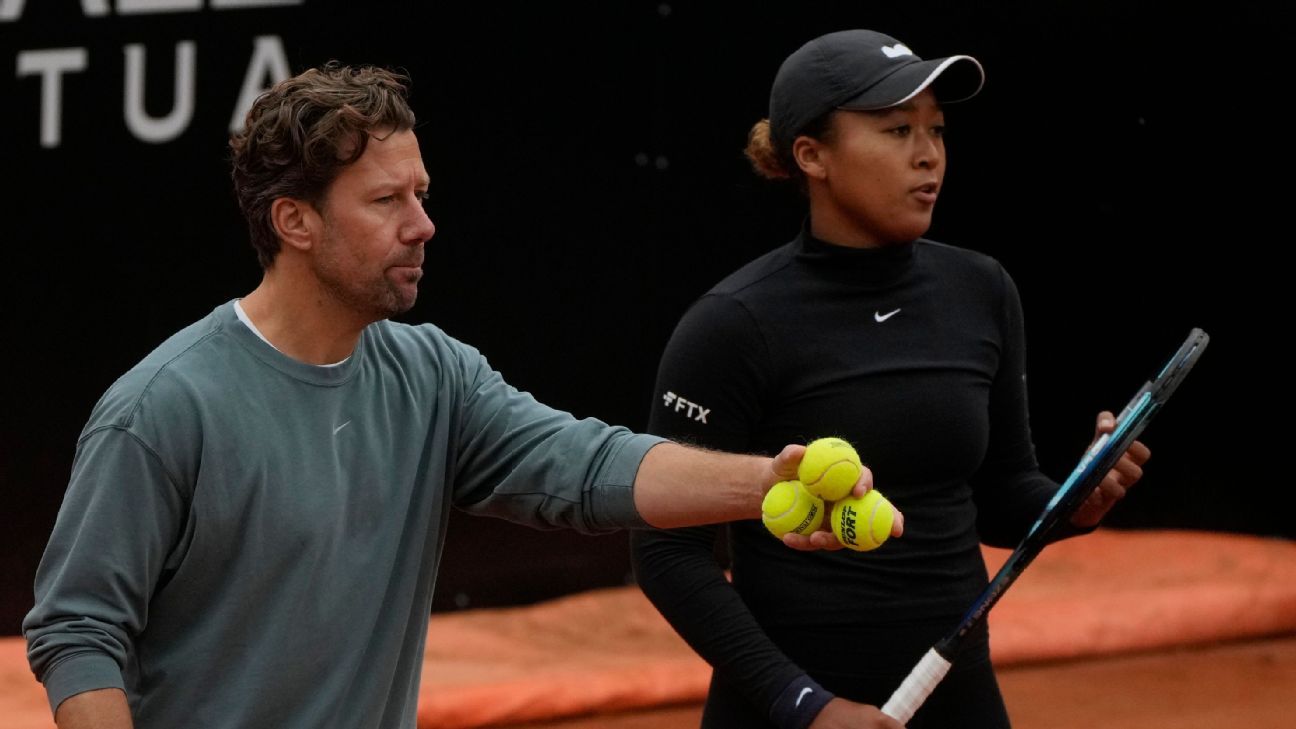 Four-time Grand Slam champion Naomi Osaka is in need of a new coach.

Wim Fissette, who began working with Osaka shortly before the start of the 2020 season, wrote on Instagram on Wednesday that he and Osaka are ending their partnership.

“It has been a privilege to coach Naomi since 2019 and see her grow into the Champion she has become,” Fissette’s post said. “She has inspired a whole new generation to fall in love with the game & to speak up for what they believe in and it’s been incredible to play a part in that journey.”

He also thanked Osaka and closed by writing: “I wish you all the best and looking forward to my next chapter.”

Fissette coached Osaka to two of her major championships — at the 2020 US Open and 2021 Australian Open.

He also previously worked with players such as Victoria Azarenka, Kim Clijsters, Simona Halep and Angelique Kerber. Those four, like Osaka, have won major titles and spent time at No. 1 in the WTA rankings.

Osaka, a 24-year-old who was born in Japan and moved to the United States with her family as a child, is ranked 38th after missing chunks of time last season and this season. She withdrew from the 2021 French Open before her second-round match to address her mental health, then also sat out Wimbledon last year.

After returning to action at the Tokyo Summer Games, where she lit the Olympic cauldron during the opening ceremony, and then competing at the US Open, Osaka took another chunk of time off.

She has been dealing with an injured left Achilles tendon this season and, after a first-round loss at Roland Garros, missed Wimbledon again and hasn’t returned to the tour yet. The year’s last Grand Slam tournament, the US Open, begins Aug. 29 in New York.

In February 2019, shortly after winning a trophy at the Australian Open to go with her 2018 US Open title, Osaka split from coach Sascha Bajin, who helped her at both of those tournaments.

Osaka then briefly was coached by Jermaine Jenkins, who was followed by her father, Leonard Francois, before Fissette came aboard.