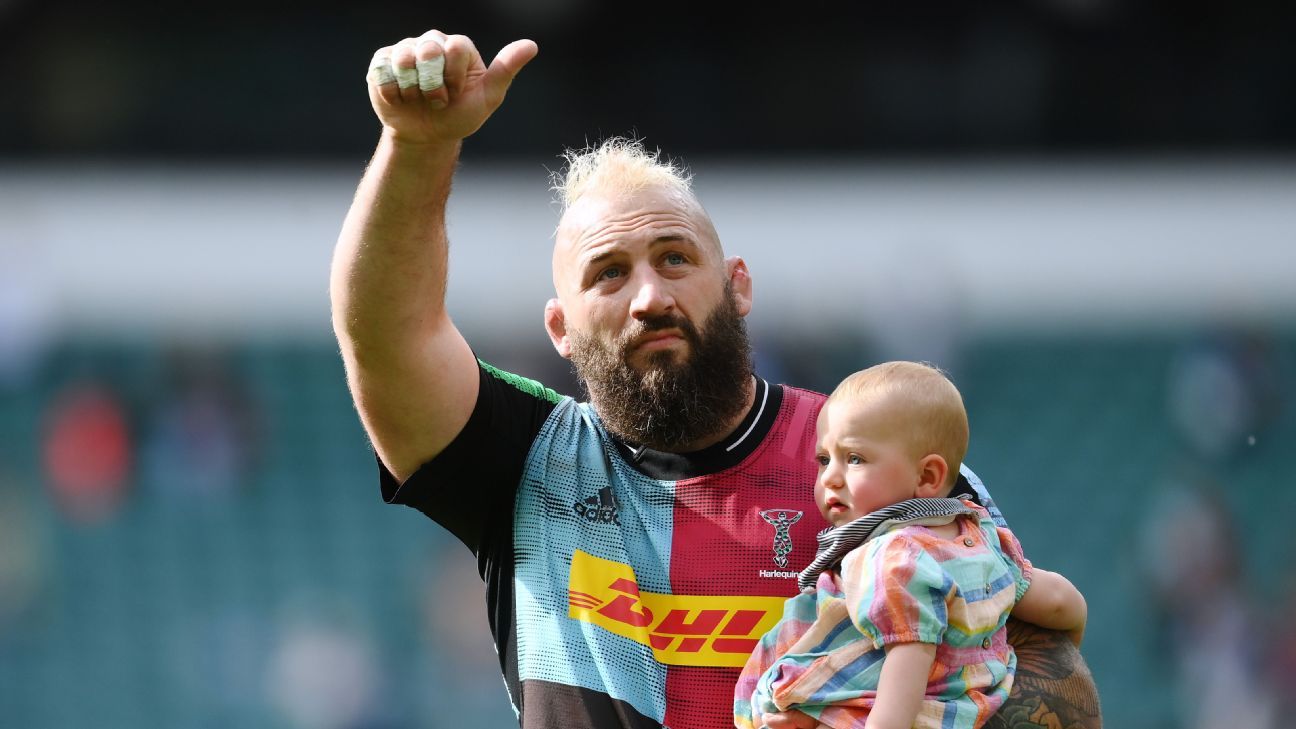 England prop Joe Marler has revealed that he forgot he was a father after suffering concussion.

Rugby has been facing up to issues with concussion after a group of former players announced legal action against World Rugby, the Welsh Rugby Union and the Rugby Football Union over a perceived failure to protect them from brain damage.

Former Wales captain Ryan Jones became the latest player to reveal he had been diagnosed with probable chronic traumatic encephalopathy (CTE) this weekend. Doctors told him it was one of the worst cases they had seen.

Reacting to the news of Jones’ diagnosis on talkSPORT, Harlequins’ Marler said: “First of all, it’s awful for Ryan to be told that and be going through that and it’s kind of struck a chord with me because it’s been quite well spoken about in rugby over the last few years with all of the discoveries that they’ve had with concussions and the relation to it all.

“I’ve just buried my head in the sand, to be honest, because it scares me.

“I remember getting knocked out a couple of seasons ago — a big, big blow when I was trying to tackle Billy Vunipola. I was out cold and the next thing I remember was being in the physio room and the kit man came in.

“I just paused and broke down and I had no recollection of having kids and it just really scared the life out of me.

“It all came back together and it happens. Those concussions happen in rugby, it’s a contact sport.

“Since those moments I just ignore it and bury my head in the sand, but the more it comes out and the more apparent it becomes in the sport, the more boys are getting diagnosed with this stuff, it’s sad.”

World Rugby has announced a number of measures following the revelations from former players, including guidelines limiting full contact training to 15 minutes per week.

Elite players with concussion symptoms will also be required to avoid playing for a minimum of 12 days under changes recently announced by the world governing body.

Marler, 32, said that his wife Daisy had made him think about the effects of concussion more.

“It happened this season, actually,” Marler said. “I got a concussion and I did what I used to do which was to just crack on — shake it off a bit, take a breather and then crack on.

“I remember telling Daisy, my wife, a week after and said I was struggling this week and the look I got from her, she was like ‘no, I’m not having it any more. If you get a head knock, you follow the right protocols and you tell someone because it’s not about you anymore’.”

Information from Reuters was included in this article.