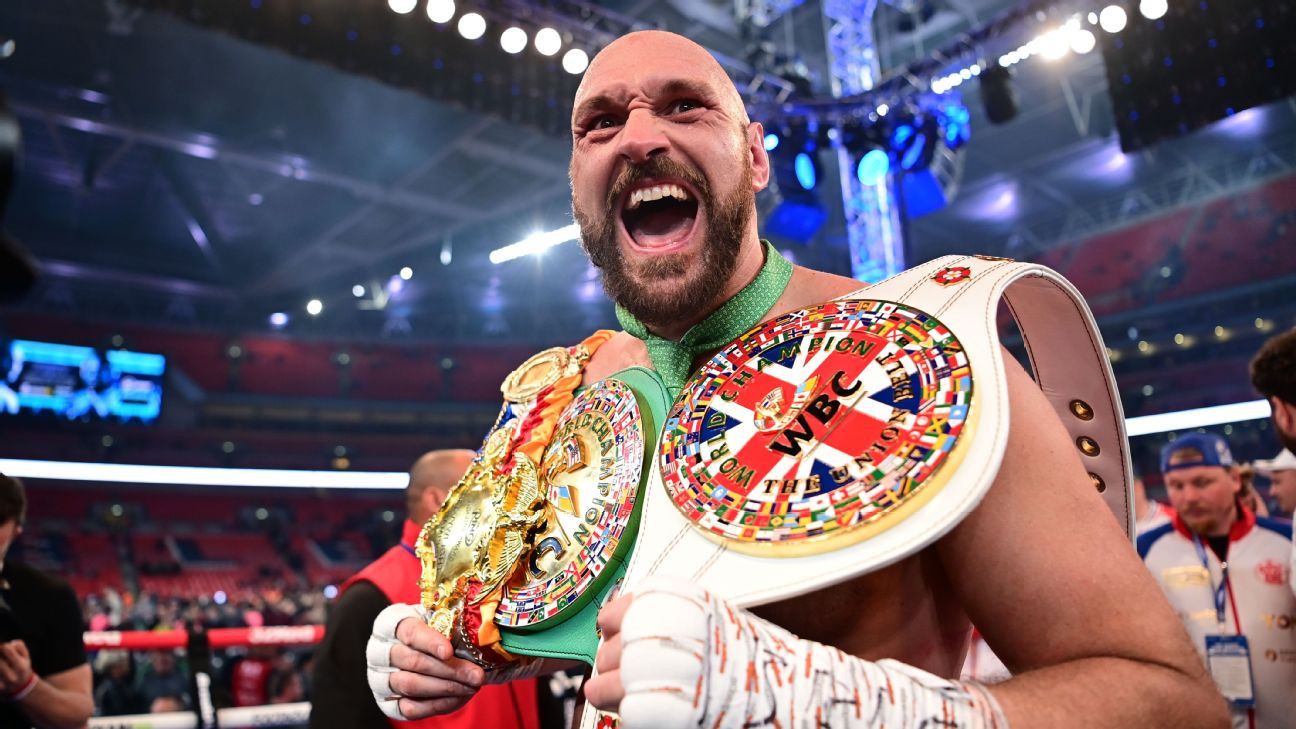 Tyson Fury announced his retirement in April, but it doesn’t appear the heavyweight champion’s hiatus will last long.

Since Fury’s sixth-round TKO win over Dillian Whyte in April in London, “The Gypsy King” has repeatedly flip-flopped between expressing his desire to fight again and remain retired.

Earlier this summer, Fury (32-0-1, 23 KOs) claimed the only way he would come out of retirement is for a $500 million purse. Now, in a drastic shift, Fury claimed on Wednesday that he’ll step inside the ropes again only for a bout with rival Anthony Joshua in the United Kingdom — for free.

“That’s how the fight happens, I’ll sign the contract today,” Fury, 33, said on his Instagram. “The fight’s got to be for free. Free-to-air television and all tickets go for free. No money is to be made out of this British historic fight if it happens. There’s the terms, I’m in the driving seat, take it or effing leave it. The ball is in your court, guys. … Either way, I don’t give a damn.”

Of course, this is completely contradictory to Fury’s contentious negotiations with Joshua last year for a fight that was ultimately scrapped when an arbitrator ruled Fury owed Deontay Wilder a third fight. Saudi Arabia officials were prepared to dole out more than $150 million for the rights to that undisputed heavyweight championship fight.

Instead, Joshua (24-2, 22 KOs) went on to lose his three heavyweight titles to Oleksandr Usyk in September, and Fury proceeded to knock out Wilder in a trilogy battle one month later.

Now, Usyk and Joshua, 32, are set to rematch on Aug. 20 in Saudi Arabia, while Fury surely will be approached with a large sum of money to meet the winner.