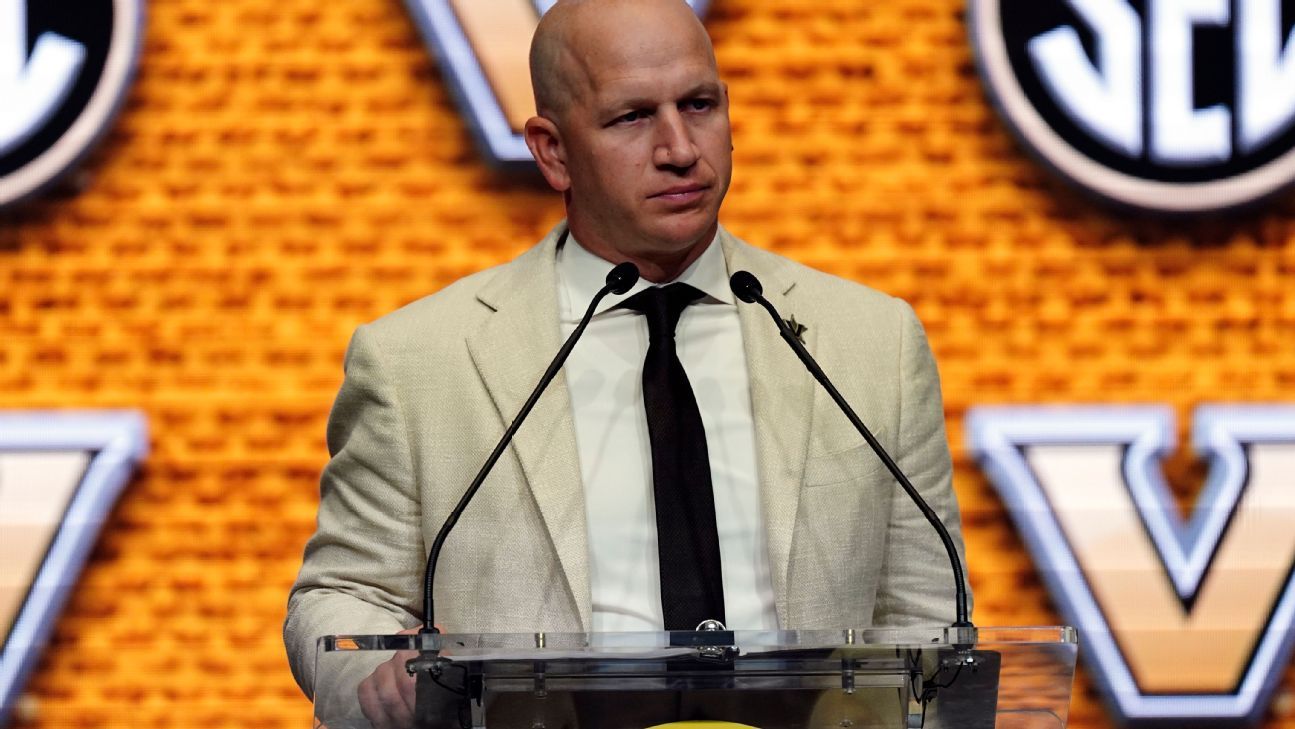 At SEC Media Days on Tuesday, Lea made a bold proclamation about the future of Commodores football.

“We know in time Vanderbilt football will be the best program in the country,” he said.

Never mind that the program has never won 10 games in a season or appeared in an SEC Championship Game. Lea, who is in his second season as head coach after spending three seasons as defensive coordinator at Notre Dame, sees a path to prosperity.

But he made no secret about how there are “no cheat codes” and getting there will require “going the long, hard way.”

“We are engaged in what has become a unique form of team building,” Lea said. “We are a relationship-driven, student-athlete-focused program that values the holistic development of our people over all else. To us, this isn’t an antiquated concept. It still matters. When you do the right things, the right way, with the right people, with respect and appreciation, you will not be denied.

“When you’re smart in design and disciplined in your approach, you win out in time. That’s Vanderbilt football.”

Lea said he learned from the experience of last season and wants to get better at managing the tactical aspects of games. Vanderbilt’s only wins came out of conference against Colorado State and UConn.

But when Vanderbilt opens fall camp in the coming weeks, one benefit Lea will have is knowing exactly who his starting quarterback is.

On Tuesday, Lea named Mike Wright the starter, calling him one of the best QBs in the country when it comes to mobility.

“We want him to develop as a total quarterback, which he has,” Lea said. “He’s demonstrated leadership abilities, too. We’re excited for him to enter the fall as our starting quarterback. He knows that he has to earn that every day. That’s part of our covenant.”