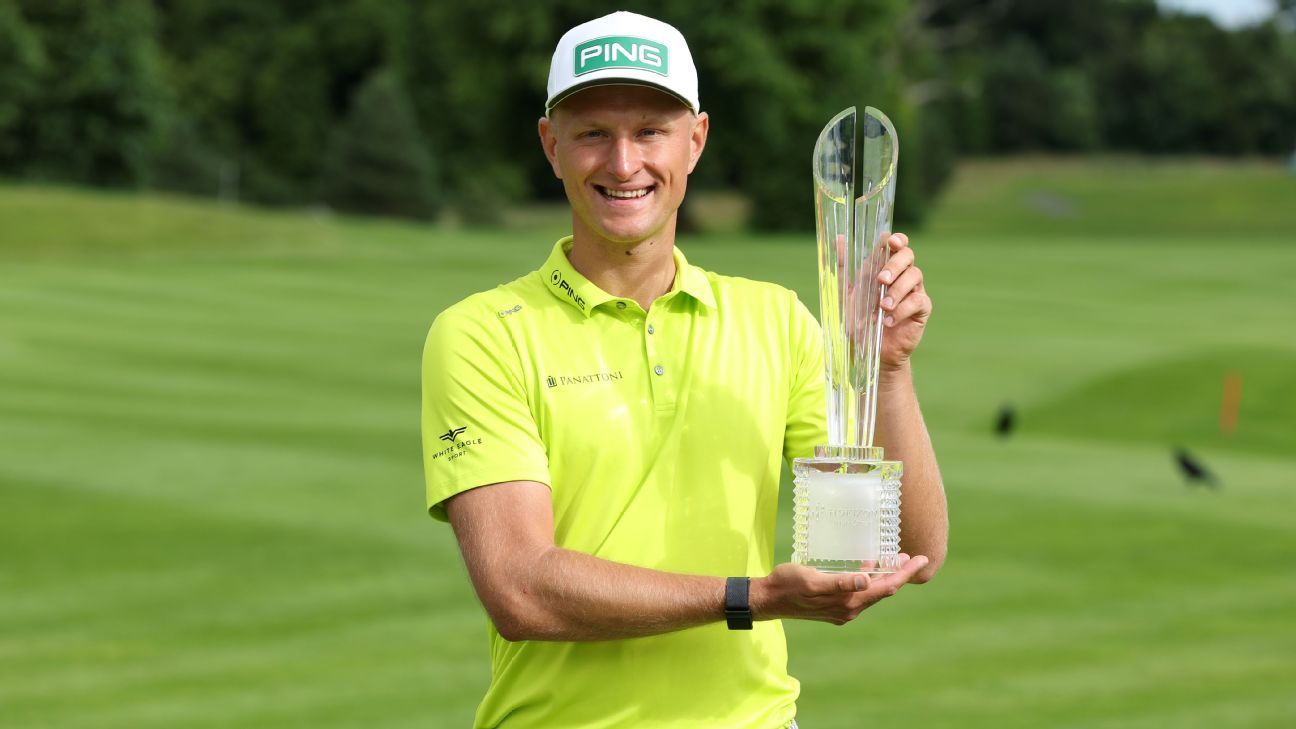 Adrian Meronk held off a final-round charge from New Zealand’s Ryan Fox to win the Irish Open at Mount Juliet Estate in County Kilkenny on Sunday.

Meronk — who already has three top-three finishes this season — shot a final-round 66 to top the leaderboard at 20-under and become the first Polish winner in European Tour history.

Fox shot his second 64 of the event to finish three shots back at 17-under, while South African Thriston Lawrence was another shot back at 16-under.