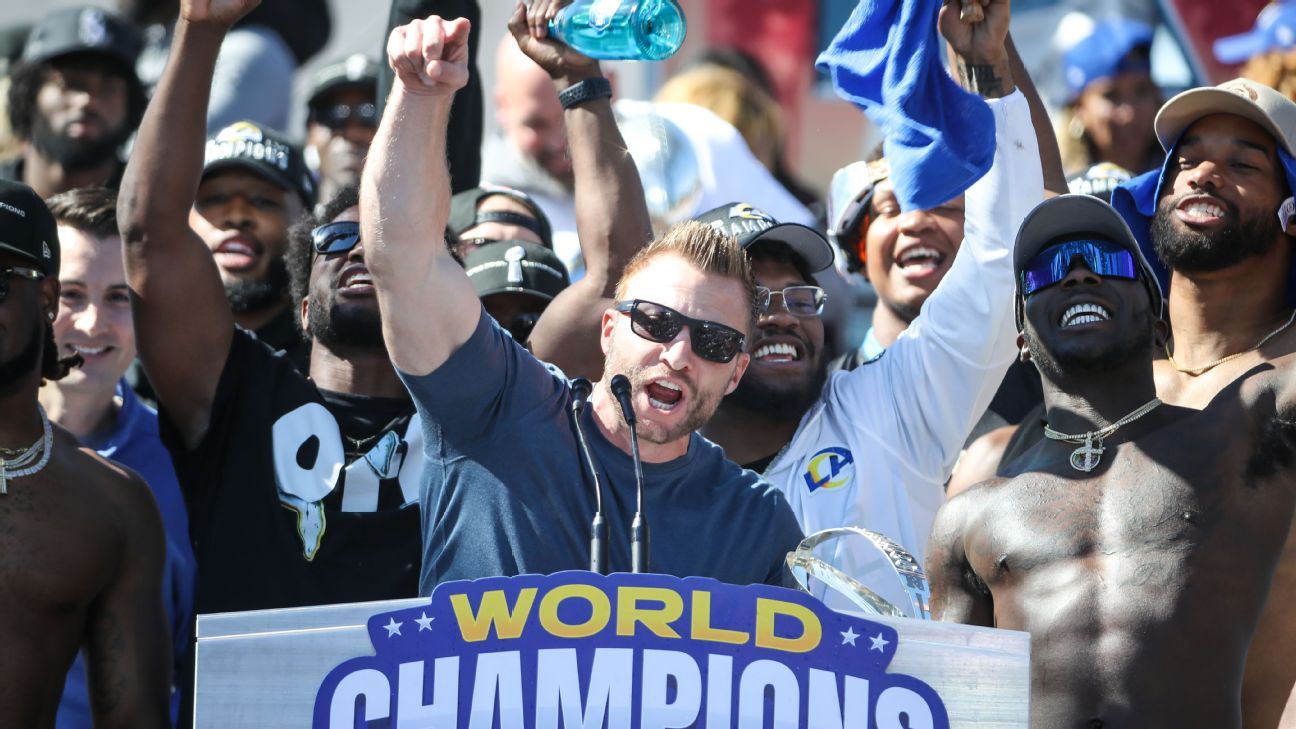 Los Angeles Rams head coach Sean McVay, who won a Super Bowl in February, will be honored with a statue in Miami University‘s “Cradle of Coaches,” the school announced Wednesday.

There are currently nine bronze statues in the “Cradle of Coaches” outside Yager Stadium in Ohio, including Paul Brown, Bo Schembechler, Woody Hayes and Ara Parseghian.

McVay played wide receiver for Miami University from 2005 to ’07.

According to the Journal-News, work has already begun on the statue, but no timetable has been set yet for its unveiling.

In February, McVay joined John Harbaugh and Weeb Ewbank as Miami University alumnus to win the Super Bowl as a head coach.