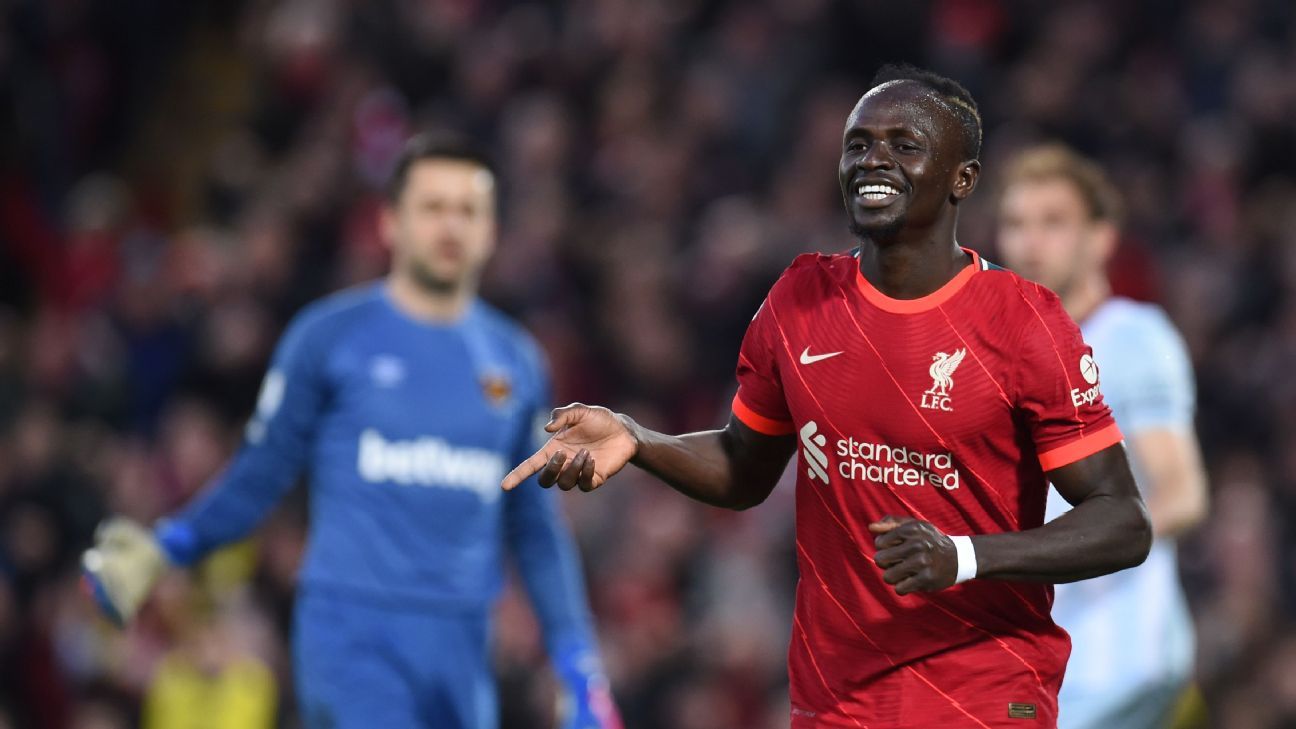 In June 2016, Sadio Mane became the most expensive African player in history at the time when he moved to Liverpool for £34 million from Southampton.

The Senegal international forward had impressed new Liverpool manager Jurgen Klopp with 25 goals in 75 games for Saints and quickly became a key player at Anfield, helping the club to win the Champions League (2019), Club World Cup (2019), FA Cup (2022) and Carabao Cup (2022), while also ensuring an end to their 30-year wait for a Premier League title in 2020.

Mane, 30, has now opted to move on for a new challenge with Bayern Munich, with sources telling ESPN last week that the two clubs had reached an agreement over a €41m transfer that will end his six-year spell at Anfield. After he began to play more as a central striker for Liverpool last season following the signing of Luis Diaz, may replace the legendary Robert Lewandowski in that role at the Allianz Arena.

While Liverpool have spent €100m to sign Benfica forward Darwin Nunez, Mane will certainly be missed at Anfield having been the first major signing of Klopp’s tenure at the club.

Here’s a breakdown of the prolific output that turned Mane into a world-class player during his time at the club. 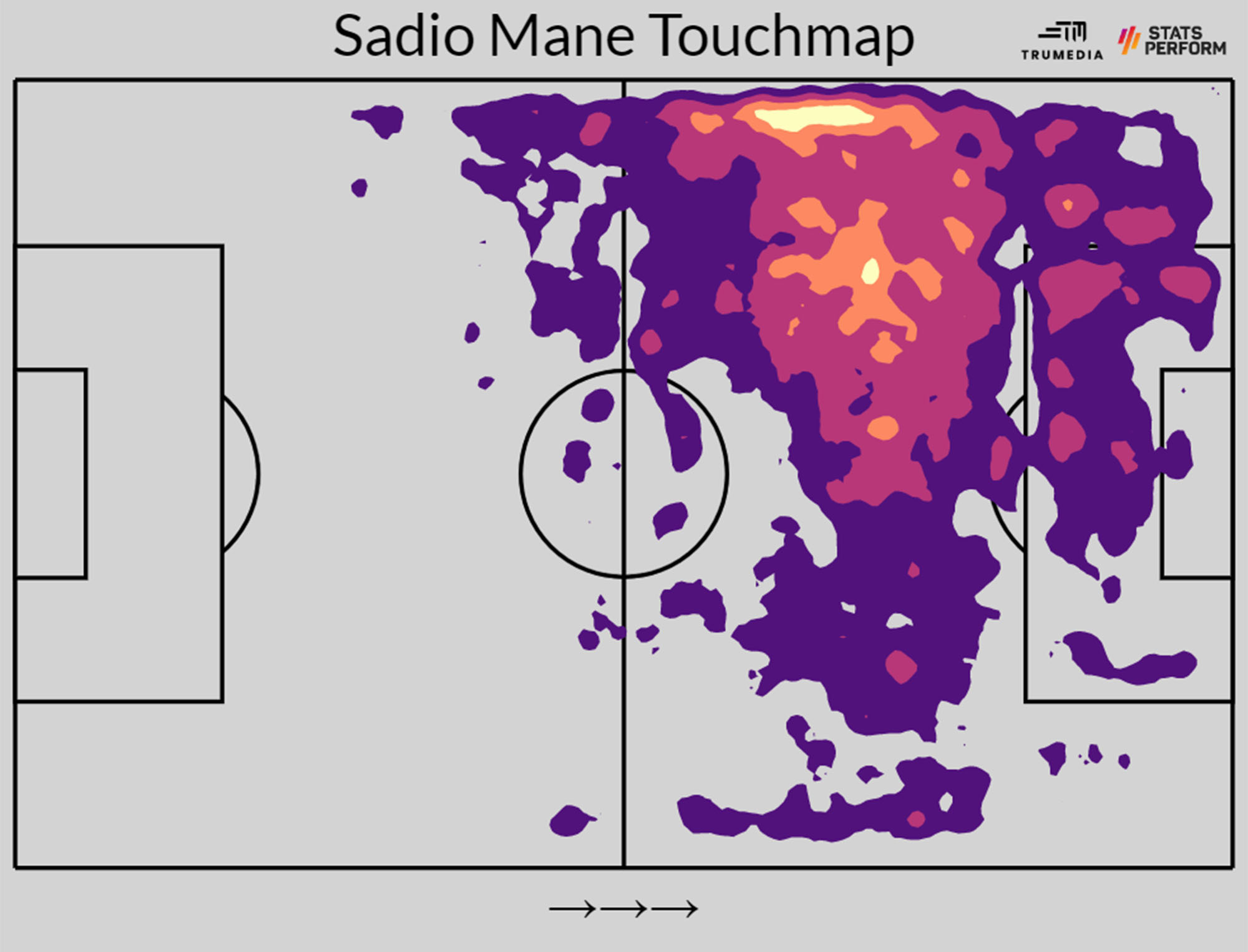 Mane pace and mobility means he can pop up all over the pitch but mainly he has operated on the left side, where he was able to forge a wonderful partnership with left-back Andy Robertson.

His relationship with his strike partners Mohamed Salah and Roberto Firmino also blossomed, as the trio were responsible for a large percentage of Liverpool’s attacking moves. 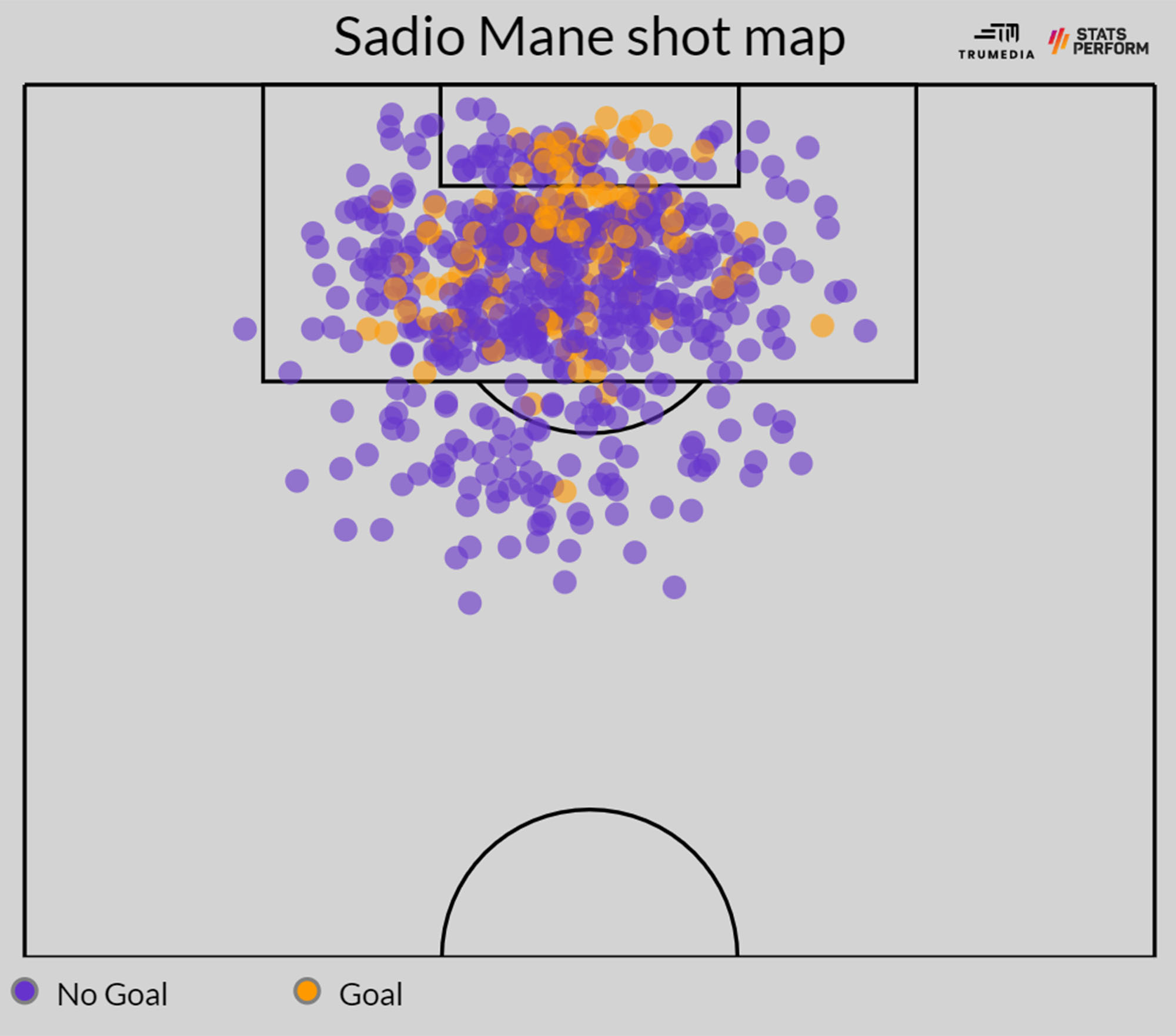 Mane scored 120 goals during his time at Anfield, with 48 assists from his 259 games.

In the Champions League, that total was 24 goals and 8 assists from 55 games.

Incredibly, 68 of Mane’s 120 Liverpool goals were with his first touch (57%), showing how potent he was in finishing off so many of Liverpool’s incisive attacks. But here’s a breakdown of how he usually scored.

Goals by body part at Liverpool (120)