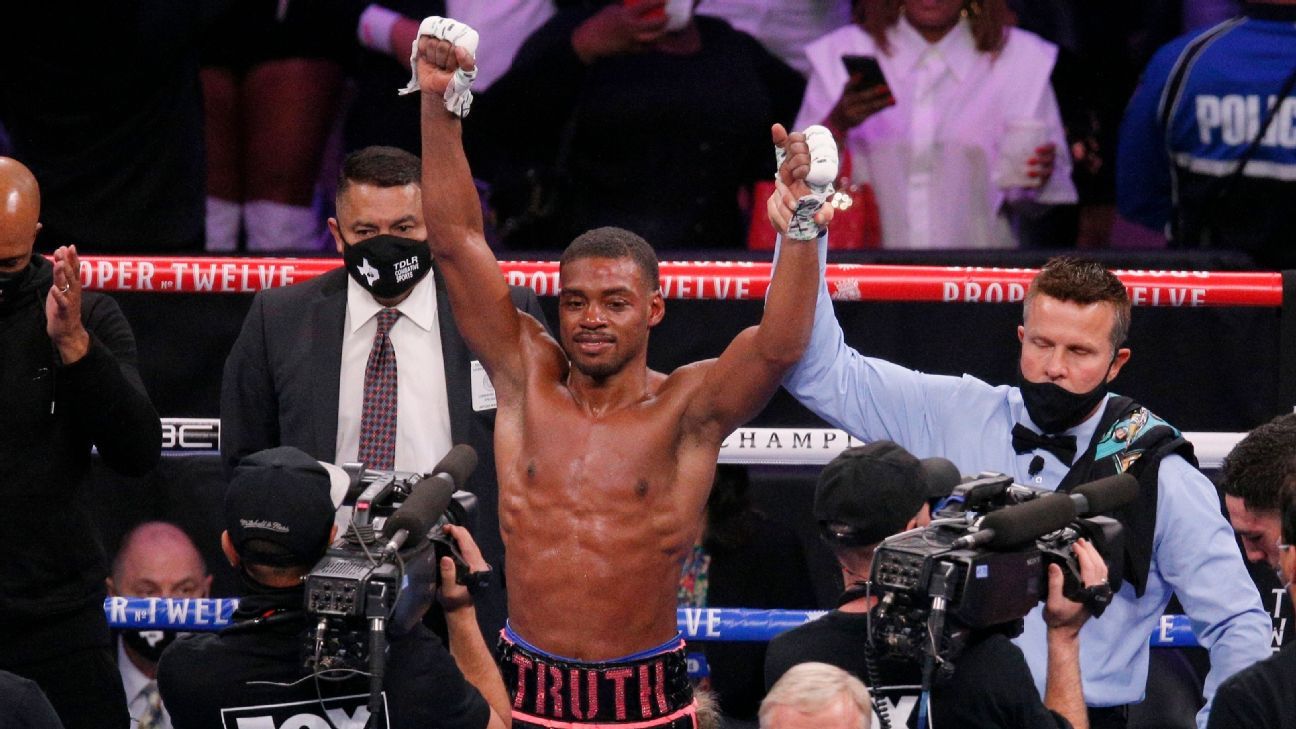 Manny Pacquiao will still challenge for a welterweight title on Aug. 21 in Las Vegas — it just won’t be against Errol Spence Jr.

Ugas, ESPN’s No. 6 boxer at 147 pounds, was scheduled to defend his title against Fabian Maidana in the PBC on Fox PPV chief-support bout.

“I’m very disappointed that I won’t be able to fight Manny Pacquiao on Aug. 21,” Spence said. “I was excited about the fight and the event. Unfortunately, the doctors found a tear in my left eye and said I needed to get surgery on it ASAP and that there was no way I could fight with my eye in that condition.

“I’d like to apologize to everyone. You know I’ll be back as soon back soon. We’ve come back from worse.”