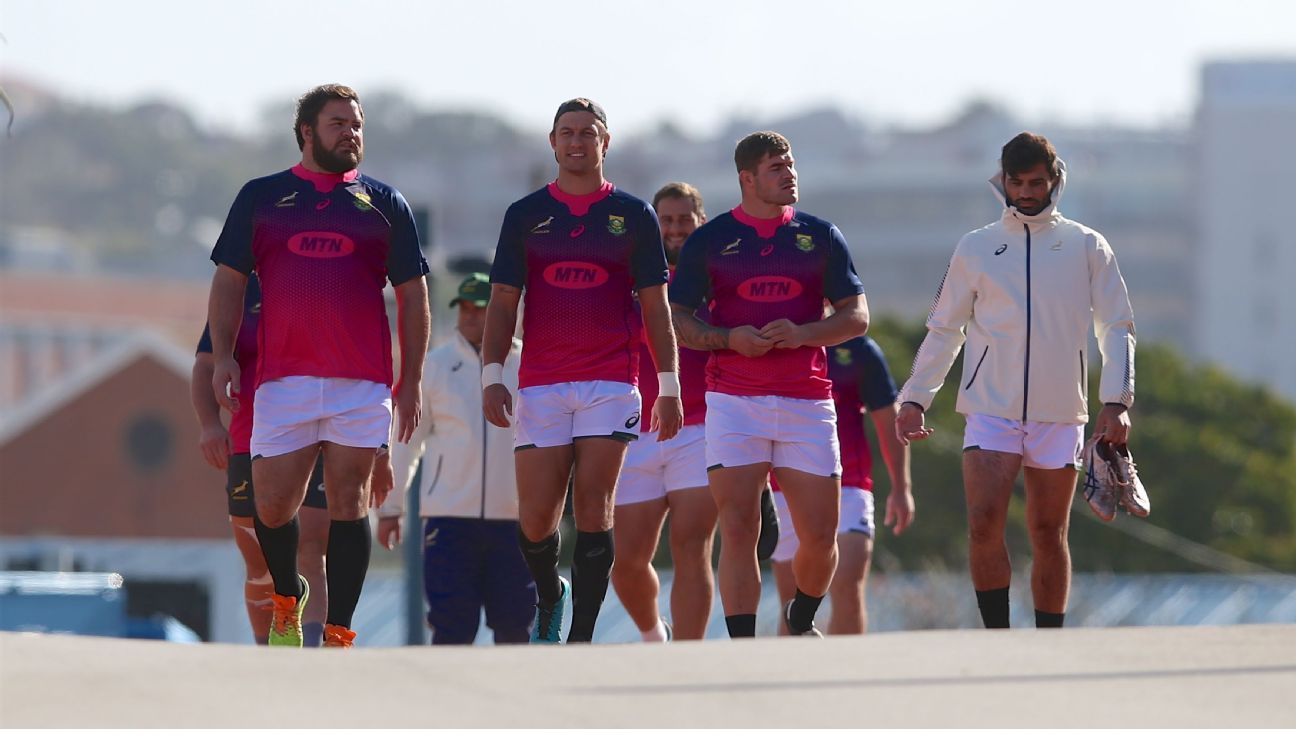 South Africa hooker Malcolm Marx believes the Springboks will have no trouble lifting themselves for the start of their Rugby Championship campaign against Argentina in Gqeberha (formerly Port Elizabeth) on Saturday.

The Springboks defeated the British & Irish Lions 2-1 in a bruising series, but have little time to reflect on that success as they line up against Argentina in the southern hemisphere championship.

Marx does not envisage any hangover from the Lions win, which was secured with a nail-biting 19-16 victory on Saturday, only the Boks’ fourth Test since they lifted the Rugby World Cup in November, 2019.

“We won that series but now it’s onto the next task, the Rugby Championship, and we are focusing on Argentina,” Marx said.

“The experience [against the Lions] was unbelievable, and there are some sore bodies while mentally it was a bit draining. But we hadn’t played together before the Georgia Test {on July 2} for 20 months, so for me personally I’m hungry to keep going.

“Regardless of whether we are mentally tired, it is on to the next challenge and that’s what I’m focusing on.”

Springboks coach Jacques Nienaber is due to name his matchday squad on Tuesday, but he is sure to rotate players for the clash against the South Americans.

Prop Ox Nche could return as he is in full training after sustaining a neck injury in the first Test against the Lions, but scrum-half Faf de Klerk, loose forward Pieter-Steph du Toit and No. 8 Duane Vermeulen each must still pass a fitness test.

“We are very proud about winning [the] Lions series, and as a team we enjoyed celebrating that massive feat on Saturday night, but we have a big week ahead,” Nienaber said in a team release.

“There are some players who were part of the initial 46-man squad for our conditioning camp in June, who have not had an opportunity yet, so we will look to give some of them a run in the next few weeks.

“It is important that we manage the players well to maintain the standards we have set for ourselves, and that includes game time for some players and resting others who have had a heavy load in the last few weeks.”

Lock R.G. Snyman will rejoin the Springboks next week, boosting the squad to 43 after the addition of Vermeulen, winger Rosko Specman, scrum-half Jaden Hendrikse, and hooker Johan Grobbelaar.

The Springboks won the Rugby Championship in 2019 but skipped the competition last year due to concerns over player welfare after professional rugby was halted in the country for six months due to the COVID-19 pandemic.

New Zealand finished top of the Tri-Nations ahead of second-placed Argentina, with Australia, who hosted the entire tournament due to the COVID-19 pandemic, finishing third.

The Springboks won the last Rugby Championship involving all four of the southern hemisphere nations in 2019, though it was truncated due to the Rugby World Cup.

“With a long season ahead, it is important that we build on the strides made in our last few matches when we take the field in the coming weeks,” Nienaber said.

Vegas’ Lehner set to miss ’22-23 for hip surgery
Slovakian Martin suspended for failed doping test
Moore on Hooper: He was a leader long before he took on the captaincy
“Would Not Have Gone With…”: Ex-India Captain On Player Who Could Have Been Excluded From Asia Cup Squad
Closing eagle gives Harrington 64, lead at Shaw