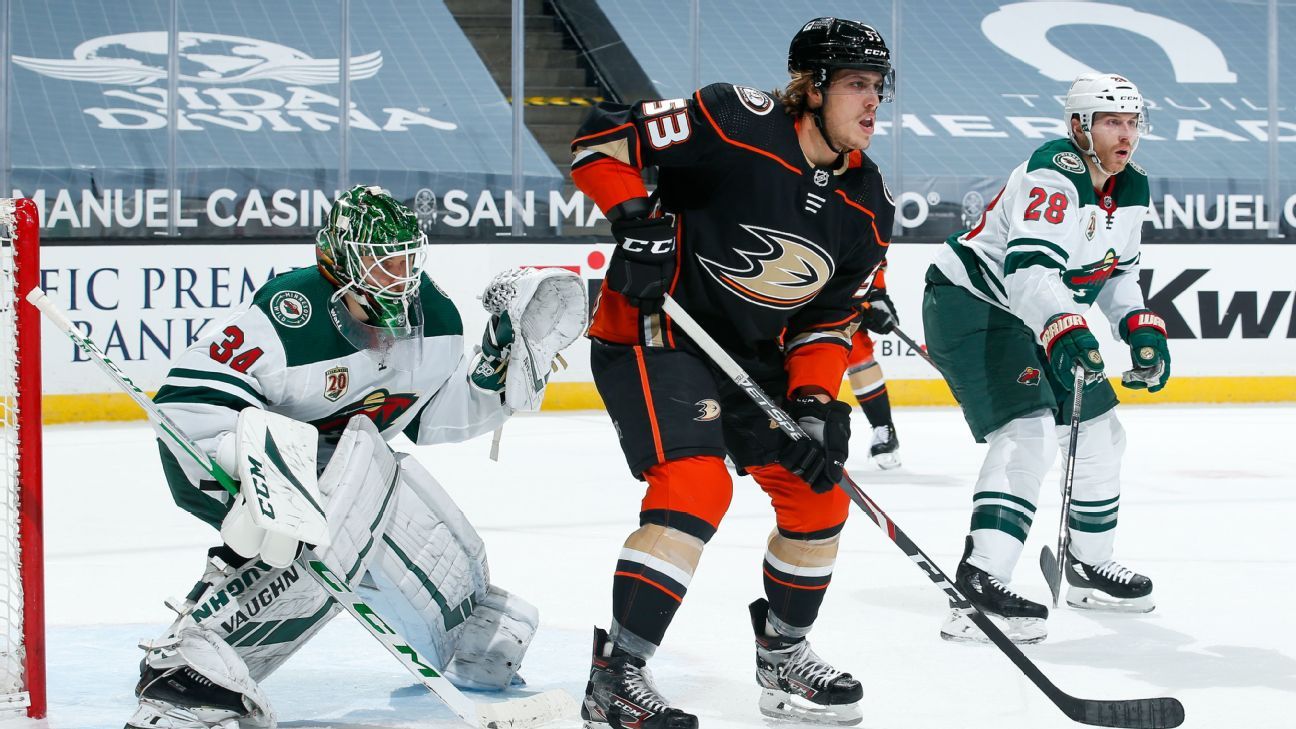 Comtois got a two-year contract through the 2022-23 season, and Jones signed a three-year deal through 2024. Mahura’s contract is for two years, and it is a two-way deal in the upcoming season only.

Comtois was the leading scorer for the NHL’s lowest-scoring team last season, posting a team-best 16 goals and 33 points in 55 games for the Ducks. The 22-year-old forward was the second-youngest player ever to lead Anaheim in scoring, behind only 20-year-old Paul Kariya in the 1994-95 season.

Jones scored 11 points in 46 games for the Ducks last season, with his mildly disappointing offensive numbers mirroring almost everybody on Anaheim’s low-scoring roster. The 23-year-old Jones, a first-round pick in 2016, is still a key component of the Ducks’ young core.

Mahura scored four points in 13 games for Anaheim last year. He spent most of the season as one of the AHL’s top goal-scorers among defensemen while playing for the Ducks’ top affiliate in San Diego.

Hooper reaches out, but no timeline on return
Bundesliga 2022-23 season preview: Everything you need to know
Aspinall to have ACL, MCL, meniscus surgery
The areas All Blacks must fix to stop their slide and upset the Springboks
NASCAR’s Ky. Busch, family escape mall shooting