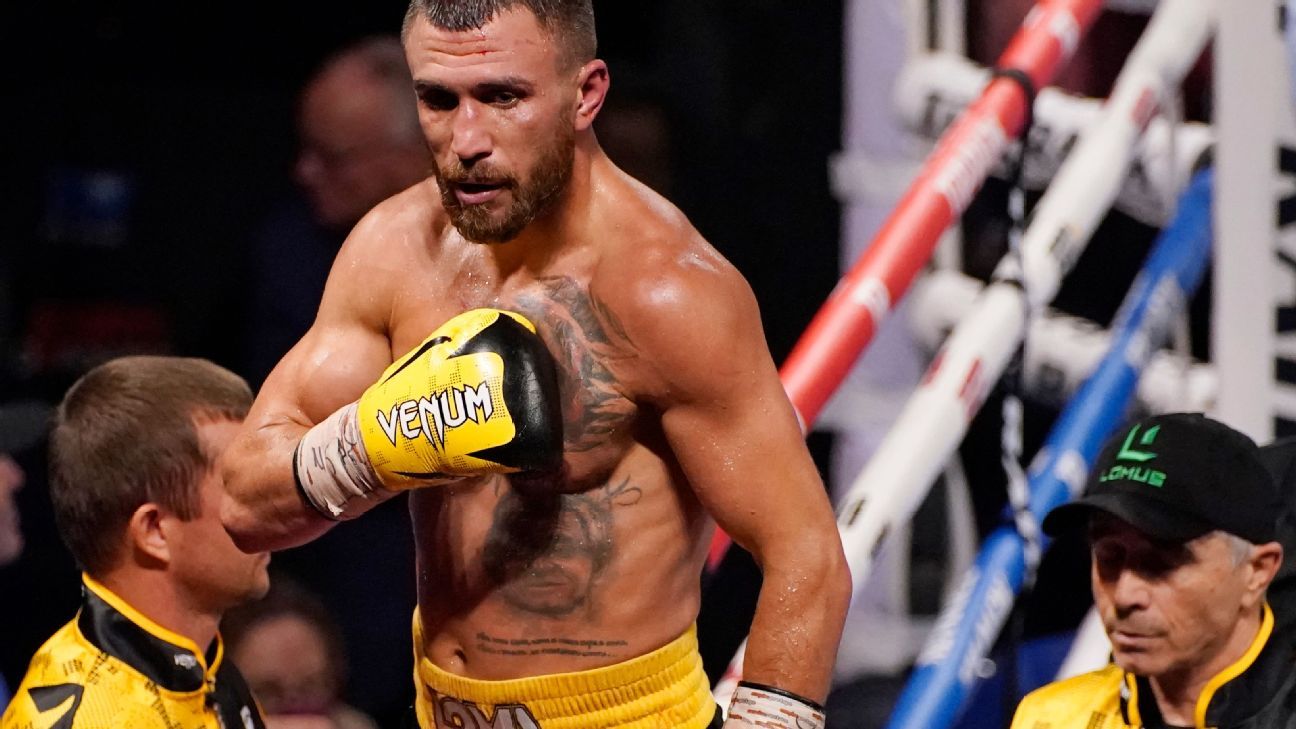 Vasiliy Lomachenko, one of the world’s best pound-for-pound boxers, is in advanced talks for a Dec. 11 lightweight fight with former titleholder Richard Commey, multiple sources told ESPN. And super middleweight prospect Edgar Berlanga is in talks to fight in the chief-support bout, according to sources.

The former three-division champion lost his three 135-pound titles to Teofimo Lopez in October in a closely contested fight for the undisputed championship. Lomachenko underwent surgery to repair a torn rotator cuff following the bout and returned in June with a ninth-round stoppage of Masayoshia Nakatani.

The 33-year-old was hoping to land a rematch with Lopez later in the year, but Teofimo’s scheduled June 19 fight with George Kambosos was postponed after the champion tested positive for COVID. Lopez still owes Kambosos, his mandatory challenger, a shot at his four 135-pound belts.

With Lopez tied up, Lomachenko, ESPN’s No. 2 lightweight, will likely face Commey (No. 6 at 135 pounds). Commey, too, has fought on Heisman Trophy night. In a December 2019 fight at MSG, Lopez scored a second-round TKO of Commey to win the only 135-pound title Lomachenko didn’t hold.

The 34-year-old Ghanaian rebounded with a sixth-round KO of Jackson Marinez in February and could now seek to become a two-time champion. The pressure fighter won the title in his second bid, an eighth-round KO of Ray Beltran in June 2019. In 2016, Commey (30-3, 27 KOs) dropped a disputed decision to Robert Easter in his first title shot.

Berlanga (17-0, 16 KOs) scored first-round KOs in his first 16 bouts. The Puerto Rican-American hails from Brooklyn, New York, and is already an attraction in the area. Being paired with Lomachenko on Heisman night should further build the 24-year-old’s star.

And it’s Lomachenko who will be in the main event. He handled Nakatanki far easier than Lopez did. While he waits for the rematch, Loma could now fight another former Teofimo foe.