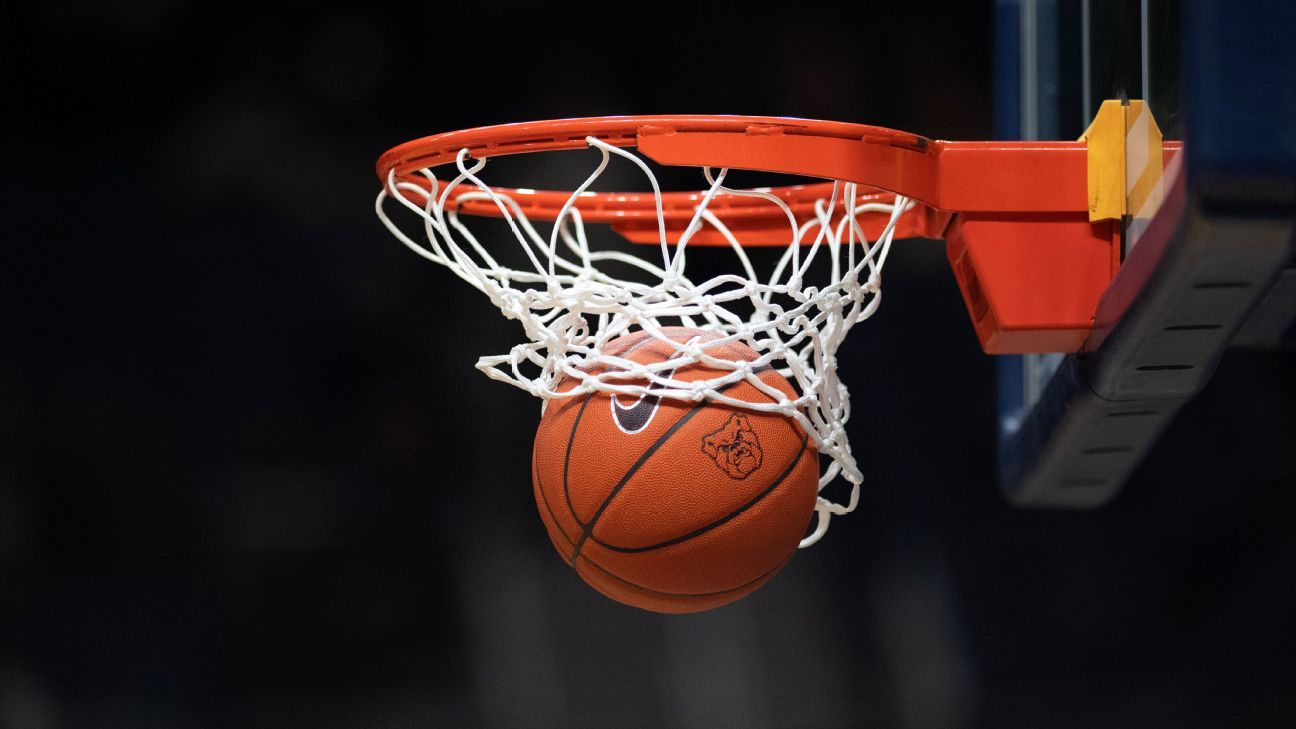 Shaedon Sharpe, the No. 6 prospect in the ESPN class of 2022, says he’s narrowed his list of options to five: the G League Ignite, Arizona, Kansas, Kentucky and Oklahoma State.

Sharpe made a strong case for consideration as the best long-term prospect in high school basketball with an outstanding spring and summer, showcasing his diverse shot-making ability and explosive athleticism, especially with Emoni Bates and Jalen Duren announcing they’ve elected to move up to the class of 2021.

Almost a complete unknown a year ago, either unranked or on the fringes of the top-100 of most recruiting services, the Canadian-born Sharpe averaged 22.6 points, 5.8 rebounds and 2.7 assists in 28 minutes over 12 games at the EYBL, leading the event in points scored and finishing top five in 3-pointers made. Always noted for his NBA prototype frame and highlight reel-caliber dunks and blocks, Sharpe ramped up his aggressiveness substantially the past few months, while showing significant improvement as a passer, creator and shooter in the half-court.

“I’ve always been a guy that can get a bucket,” Sharpe said. “The difference is that my Uplay Canada team put me in position to make plays and really show out in the EYBL. It’s really just been a matter of getting in the gym, working on my craft, and taking advantage of opportunities.”

Sharpe says he will return to Dream City Christian in Glendale, Arizona, for his senior year of high school next week. Over the next month, he will take official visits to Kansas (at the end of August), Arizona and Oklahoma State (Sept. 10, and will then decide on where to sign shortly after, with the help of his parents and the director of Uplay Canada, Dwayne Washington.

“I’m 100% open to all options right now. I want to see what all of them have to offer. I need to learn more about the G League in terms of what their offer is and which other players will be on the team to decide whether that’s something I want to do. People have been penciling me in with Kentucky, and I’m honestly not sure where that’s coming from. Maybe it’s because Shai Gilgeous-Alexander went there from Uplay and was one and done. It’s true they were the only official visit I’ve taken so far, because all the other schools asked to wait until students were back on campus and football games were being played. No one really knows anything about my situation besides my family and Dwayne.”

Sharpe said he rejected a two-year “seven figure” offer from the Overtime Elite League, due to the uncertainty around the new venture. He said NIL will not play a major role in his decision for where to play in 2022, since the range of financial opportunity will likely be similar in all the options he’s currently considering, and he’s more concerned with finding a place that can best prepare him for the NBA.

“Who is going to help me become the best version of myself long-term? There were only so many schools that had a well-thought out plan for me,” Sharpe said. “I’m trying to become a more complete, two-way player. Improving my ball-handling and ability to make pullup 3s from even deeper; that will take me to the next level. I can really work on everything to become a Bradley Beal, do-it-all-type combo guard. That’s my goal.”

Gauff bests Osaka in straight sets in San Jose
Ku. Busch to miss 3rd consecutive NASCAR race
What do the big Premier League clubs have to sort before transfer deadline?
NFL wants refs to focus on illegal contact fouls
In first match since May, former No. 1 Osaka wins