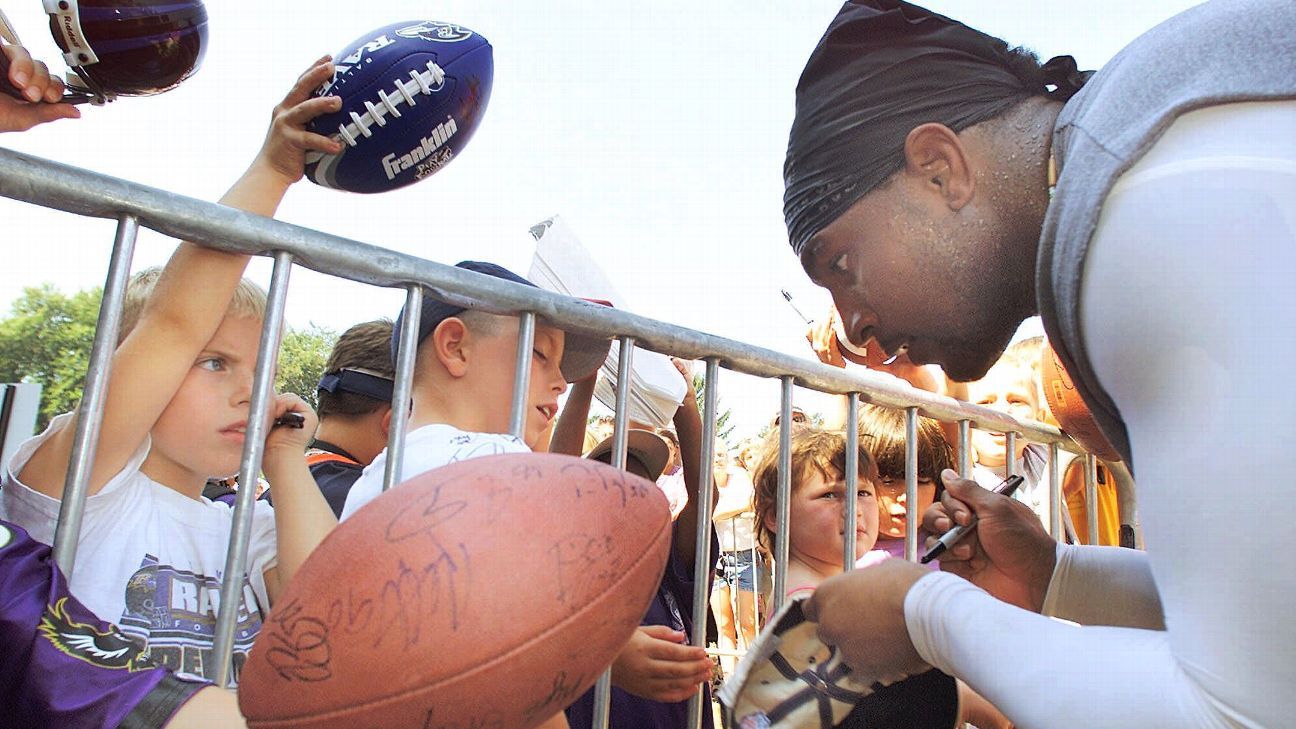 OWINGS MILLS, Md. — At the 2001 owners meetings, NFL Films founder Steve Sabol approached the Baltimore Ravens with a request that broke the biggest commandment in the super-secretive league.

Let cameras inside locker rooms, meeting rooms and the homes of players and coaches for an entire training camp. The footage would air on a weekly national television show.

Then-Ravens owner Art Modell immediately placed his stamp of approval on the opportunity, understanding the value of increased exposure for the defending Super Bowl champions. Personnel chief Ozzie Newsome wasn’t supportive of the idea at first, but he also didn’t fight it.

It was up to Kevin Byrne, the team’s senior vice president of public relations, to talk to coach Brian Billick, and Byrne fully expected him to veto what amounted to an unprecedented intrusion. Instead, Billick embraced the nowhere-to-hide concept.

“You know, the year after a Super Bowl, people feel that teams get a little lazy,” Billick told Byrne. “Well, nobody’s going to be lazy with a lot of cameras around, and that includes my coaches who might whine about it.” 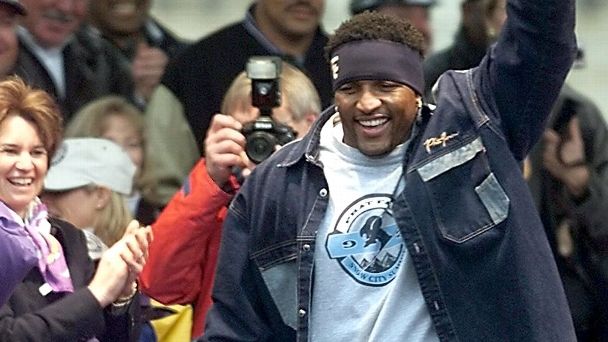 Now, after 77 episodes and 18 Sports Emmy awards, the most acclaimed sports series on television is celebrating 20 years by chronicling the Dallas Cowboys this month. But the show is forever rooted in Baltimore.

The members of that Ravens team believe the program’s most memorable moments over the years — from Rex Ryan’s “snack” speech to Chad Johnson’s “child, please” catchphrases to William Hayes’ dismissal of the existence of dinosaurs — are part of football lore because of Baltimore’s larger-than-life stars and their hijinks, which turned the fledgling project into must-see TV.

“Had it not been very good then, I’m not so sure there would have been a Year 20,” said Shannon Sharpe, who was a tight end on that team. “We take a sense of pride that the Ravens were the first and we’re the gold standard by which all other teams have been measured by. We had so many personalities; our head coach was a personality. So it meshed. It was the perfect storm at the perfect time.”

An estimated 1.2 million homes tuned in to HBO that summer to get a peek at the harsh training camp realities and hilarious shenanigans among players.

The Ravens would get a rough cut of episodes about 12 hours before the show aired, and team officials asked only once for a scene to get cut. It showed secondary coach Steve Shafer calling a player “a coward,” and the team didn’t want someone to carry that label.

Outside of that, Baltimore’s drama was there for the world to see. Football fans around the country watched running back Jamal Lewis suffer a season-ending knee injury, defensive end Roshaun Matthews abruptly quit and the entire team refusing to play the preseason opener at Philadelphia’s Veterans Stadium because of poor field conditions. The show also featured a young Joe Douglas (the future Jets GM) informing players to get their playbook — which everyone knows is a precursor to getting cut.

The foundation of the first season of “Hard Knocks” was Baltimore’s cast of characters. It was no-holds-barred with the likes of a loquacious Sharpe, wisecracking Tony Siragusa (aka Goose), newlywed Todd Heap and a precocious Ray Lewis, who celebrated the end of training camp by arriving home and eating his steak on bread to show his “country” side.

After the Ravens lost Lewis for the season and struggled with new quarterback Elvis Grbac, their title defense ended that season with a 27-10 defeat in Pittsburgh in the divisional playoff round. But Baltimore remains the only reigning champion to appear on “Hard Knocks.” The Ravens also remain one of the show’s most interesting cast of players assembled.

“It literally was the most unique team ever,” said Qadry Ismail, a wide receiver for that Ravens team. “We had this uncanny chemistry where funny meets this incredible, amazing Hall of Fame players. No one felt bigger than the other guy. You just had this camaraderie. You had this cool factor.”

A look back at the season that started it all for “Hard Knocks”:

The goal of “Hard Knocks” was to take viewers behind closed doors. Strangely enough, the best scene of Episode 2 was the result of a closed door.

Sharpe still remembers turning the handle to the door of the meeting room and being unable to get out. Siragusa had barricaded the tight ends in with a table.

“Once I realized we were locked inside, I already knew who did it,” Sharpe said. “When pranks were pulled and things happened, you know to a certain degree who would do something like that and it was Goose.”

This started a playful prank war between Sharpe and Siragusa. Sharpe famously declared he wanted “restitution,” and he stole Siragusa’s truck in order to get an apology.

“Hard Knocks” was football’s answer to reality shows such as “Survivor,” and Siragusa thrived in the instigator role. As soon as he arrived at camp in a helicopter, Siragusa was a troublemaker for his teammates and coach alike — he drove Billick crazy by finding creative ways not to weigh in.

When Siragusa first learned about the show, he told the director that he would start fights at practice or throw a rookie in the cold tub, if they wanted. Siragusa was told just to be himself — but up to a limit.

“I wanted to set the place on fire a little bit,” Siragusa said. “Have it smoke out and stuff, but we couldn’t do that [s—] because we were on TV.”

All first-year players had to perform for the team, and Heap started off by dressing up like Billick. He pulled his shorts up to his chest and wore a large black hat because that showed off, as Billick said, his “swagger.”

The main act was undrafted rookie linebacker Tim Johnson, who delivered a spot-on impersonation of Sharpe, from his mannerisms to the inflection of his voice to his wardrobe.

“I see [Johnson] coming out and he’s got this bucket hat pulled down on his head and I’m thinking to myself, ‘What is he going to do?'” Sharpe said. “It was unbelievable to hear. It might be one of the greatest moments in ‘Hard Knocks’ history.”

Here’s a bit of trivia: Johnson had previously used that impersonation long before even knowing Sharpe. When watching the first episode of “Hard Knocks,” Johnson heard Sharpe speak and it took him back to his family get-togethers.

Teammate Cornell Brown started rolling on the floor in laughter when he heard Johnson and encouraged him to mimic Sharpe in the rookie show.

Asked if he does any other impersonations, Johnson said, “I can do Warren Sapp. But I’m not Jamie Foxx or anything like that.”

Johnson still breaks out the act whenever he crosses paths with Sharpe. He also tends to get requests for it from others around this time of year, when the reruns are usually played.

“I’ll give a guy a little snippet of it every now and then depending on the situation,” Johnson said. “Most of the time, they’re pointing to the video and pointing to the old show, and they’re like, ‘That was hilarious.'”