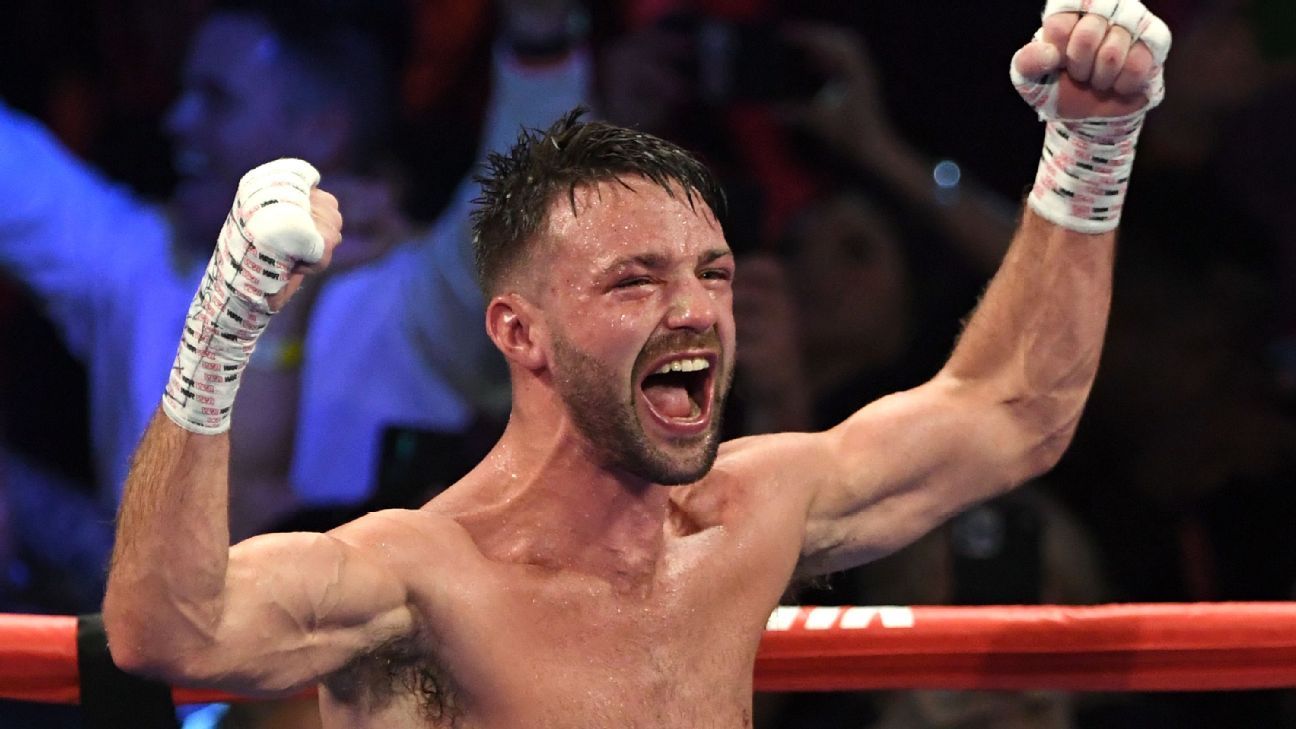 Josh Taylor is coming home to defend his undisputed championship.

Taylor and Jack Catterall have agreed to terms for a Dec. 18 fight at The SSE Hydro in Glasgow, Scotland, sources told ESPN, and all four 140-pound belts will be on the line. Exact TV plans haven’t been finalized, but the fight will be broadcast by ESPN as well as Sky Sports in the U.K., where Taylor is a budding star.

The 30-year-old Scot unified all four titles when he defeated Jose Ramirez in May. Taylor scored two knockdowns of Ramirez in Las Vegas en route to a unanimous-decision victory.

With the win, Taylor (18-0, 13 KOs) cemented himself as not only the best junior welterweight in the world but also one of the sport’s pound-for-pound best; he is No. 7 on ESPN’s list.

“I’ve dedicated my whole life for this moment,” Taylor said after beating Ramirez. “I’ve dreamt of it so many times over, man. I’m so, so happy. I’m over the moon. I’ve trained for this moment all my life.”

Catterall (26-0, 13 KOs) has waited a long time for his first title shot. He has been the WBO’s mandatory challenger since 2019 and stepped aside to allow Taylor-Ramirez to proceed with the promise he would fight the winner next.

“I have been very patient and it’s been a long time coming, but I will be getting my crack,” Catterall said in May from Las Vegas, where he was ringside to scout his future foe.

The 28-year-old Englishman is a southpaw, like Taylor, but is largely untested. His best win came in 2018, a decision victory over Ohara Davies.

All but four of Taylor’s fights have been in the U.K., but this will be his first bout in Scotland since a May 2019 title-winning effort vs. Ivan Baranchyk in the World Boxing Super Series. Taylor’s sterling run at 140 pounds also includes wins over former champions Regis Prograis and Viktor Postol.