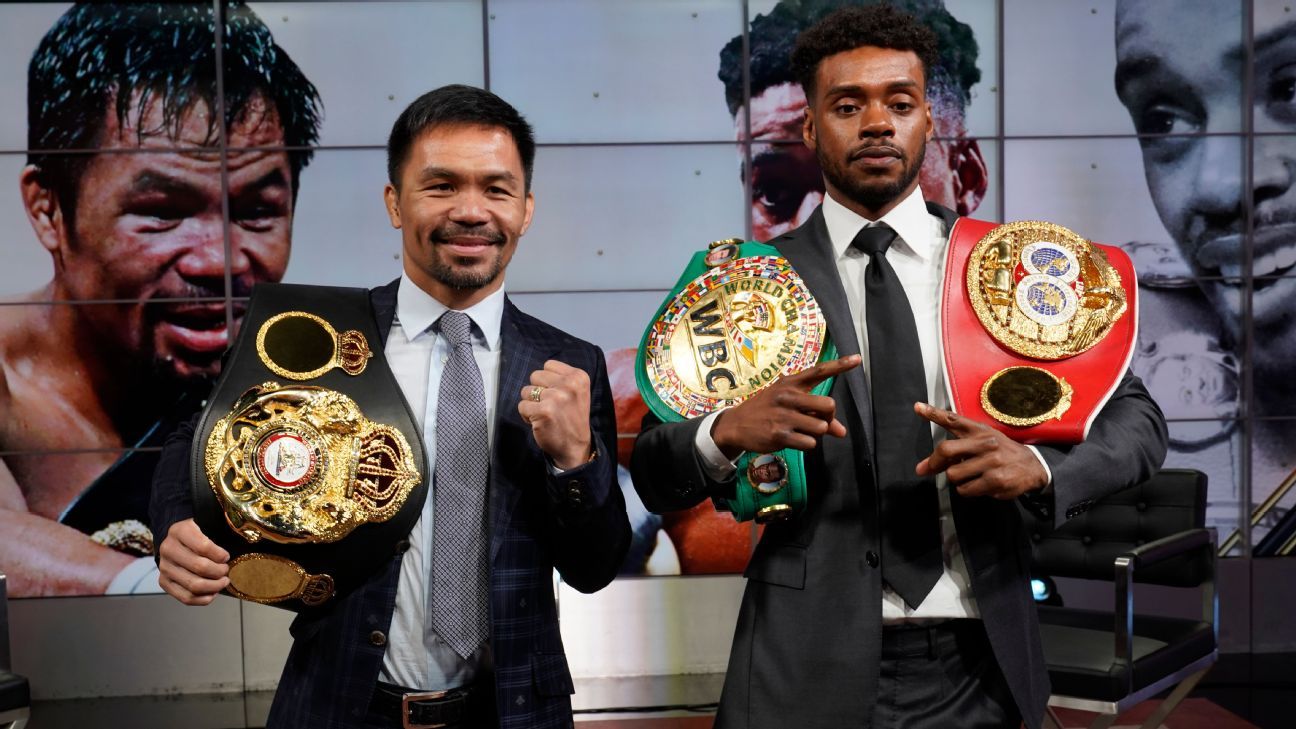 The official ruling was handed down Friday in Superior Court of California in Orange County, denying Paradigm Sports Management’s effort to obtain a preliminary injunction against Pacquiao that would have halted the Aug. 21 welterweight championship fight in Las Vegas.

“As Senator Pacquiao correctly said after this lawsuit was filed in June, he has an absolute right to participate in the August 21 bout with Errol Spence,” Pacquiao’s lawyer, Dale Kinsella, said. “Today the Court agreed and resoundingly rejected Paradigm’s injunction publicity stunt in a strong and detailed decision. Senator Pacquiao looks forward to his bout with Mr. Spence on August 21.”

Paradigm claimed that Pacquiao’s team brokered the fight with PBC and Spence without Attar’s inclusion, despite holding exclusive rights to negotiate the 42-year-old’s next two fights. Paradigm is also suing to recoup a $3.3 million advance it said Pacquiao received with the understanding those next two fights would be secured by Attar. No tentative ruling has been made in regard to the money.

“I would have preferred the tentative decision be favorable to us, but I live to fight another day,” Attar’s attorney, longtime boxing lawyer Judd Burstein, told ESPN.

The fight between Pacquiao and McGregor was being planned for this summer in Dubai, UAE, before McGregor was knocked out by Dustin Poirier in January. Instead, Pacquiao signed to fight Spence in a PBC on Fox PPV at T-Mobile Arena. Spence, the unified 147-pound champion, is ESPN’s No. 4 pound-for-pound boxer. His fight with Pacquiao is the biggest of 2021 thus far.

“Paradigm Sports’ lawsuit against me has no merit,” Pacquiao (62-7-2, 39 KOs) said in a prepared statement in late June. “I have an absolute right under the agreement with Paradigm to engage in the upcoming bout with Errol Spence. If this frivolous lawsuit continues, I will be proven correct in court.”

Pacquiao is a senator in the Philippines, where he still resides, and he is gearing up for a potential presidential run in May against incumbent Rodrigo Duterte. The bout against Spence could be the final of Pacquiao’s legendary career, a run that includes wins over Oscar De La Hoya, Miguel Cotto, Antonio Margarito, Marco Antonio Barrera, Juan Manuel Marquez and Erik Morales. Pacquiao’s loss to Floyd Mayweather in 2015 remains the highest-grossing fight of all time.

Pacquiao, ESPN’s No. 3 welterweight, has been training in Los Angeles with his longtime trainer, Freddie Roach, in hopes of once again reaching the pinnacle of the sport.