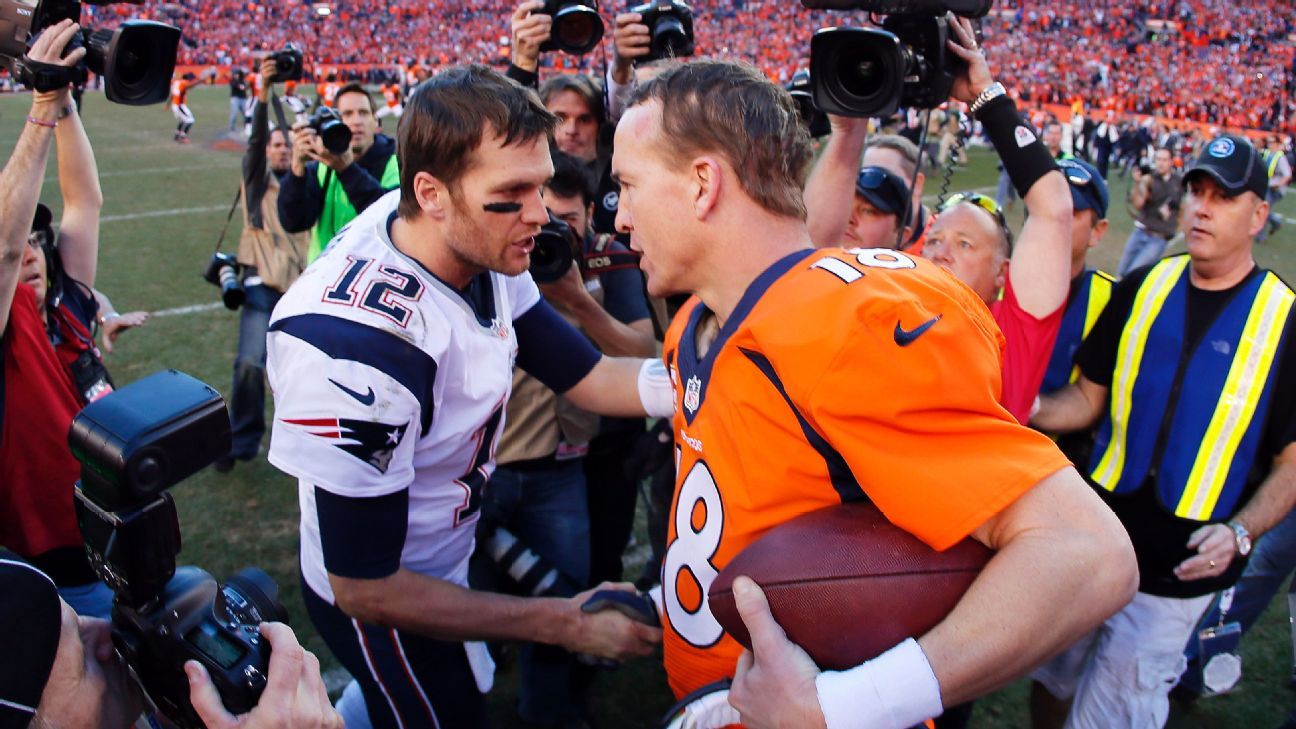 When Peyton Manning is officially enshrined in the Pro Football Hall of Fame on Saturday night, he’ll be surrounded by many former teammates and coaches — and one notable star who falls into a different category.

“Tom Brady is coming in, sitting in my section,” Manning said during FOX’s broadcast of Thursday night’s Hall of Fame preseason game between the Pittsburgh Steelers and Dallas Cowboys, before turning to humor.

“I’m not sure how my Colts teammates will handle that, but that means a lot that he’s taking the time.”

Brady, 44, is in the middle of his second training camp with the Tampa Bay Buccaneers. During his time with the New England Patriots (2000-2019), his rivalry with Manning produced some of the NFL’s most memorable games, mostly when Manning was with the Colts (1998-2011) but also when he finished his career with the Denver Broncos (2012-2015).

In all, their teams met 17 times, with Brady winning 11 of them. But Manning-led teams were 3-2 against Brady-led teams in the playoffs.

Brady’s first career victory as a starter came against Manning’s Colts, on Sept. 30, 2001. Part of what made the rivalry special was the frequency of matchups, even though the teams weren’t in the same division, and also that the games were played with high stakes.

When Manning was voted into the Hall of Fame earlier this year, Brady reminisced on their rivalry.

“Peyton was someone that I always just admired as a quarterback, as a leader of a team,” he said then. “I always looked up to Peyton because he was a little older than me and always doing things the right way. His team was always in it. I know our teams had a rivalry against one another, but when you went against a Peyton-led team, you were going against the best team in the league. It’s no real surprise that he’d be a first-ballot Hall of Famer.”