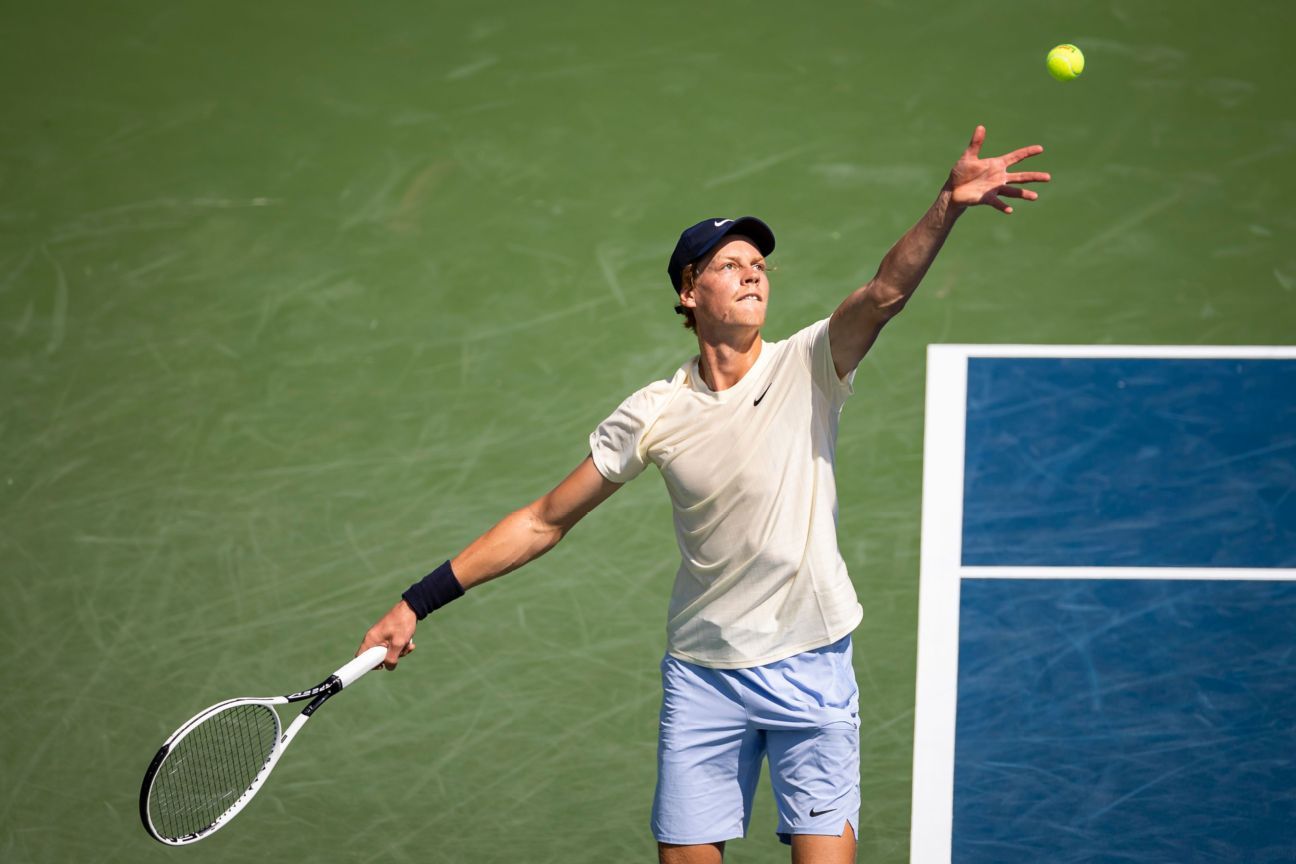 WASHINGTON — Jannik Sinner beat Sebastian Korda 7-6 (3), 7-6 (3) at the Citi Open on Thursday in a matchup between two youngsters considered possible future stars of men’s tennis who also happen to be doubles partners this week.

Sinner is a 19-year-old from Italy who reached the quarterfinals at the French Open last year and the fourth round there this year before losing to 13-time champion Rafael Nadal each time.

Korda is a 21-year-old from the U.S. who is only the third man in the last 50 years to reach the fourth round in his debuts at both Roland Garros, which he did in 2020, and Wimbledon, which he did last month.

The two have gotten to know each other on tour and Sinner said Korda texted him about joining up in doubles at the hard-court tournament in Washington. After facing each other on a breezy, 90-degree afternoon, they were scheduled to team up at night against Nick Kyrgios and Frances Tiafoe.

Korda and Sinner never had played against each other — or even practiced together — until this week.

He trailed 5-2 in the second set before coming back.

“He was playing better. … I tried to find a solution as soon as possible,” Sinner said.

Korda’s father won the 1992 Australian Open, his mother was ranked in the top 30 and his two sisters are golf stars, including No. 1-ranked Nelly, who shot a 62 on Thursday to take the lead in that sport at the Tokyo Olympics.

In the Washington quarterfinals, the fifth-seeded Sinner will face Steve Johnson of the U.S. Others advancing Thursday included No. 11 John Millman and Denis Kudla.

The top-seeded Nadal was scheduled to meet No. 14 Lloyd Harris at night. That comes a day after the 20-time Grand Slam champion edged Jack Sock in three sets across more than three hours despite a painful left foot that had sidelined Nadal since the French Open.

Nadal practiced for 45 minutes Thursday afternoon and did not appear to favor that foot at all during the session.