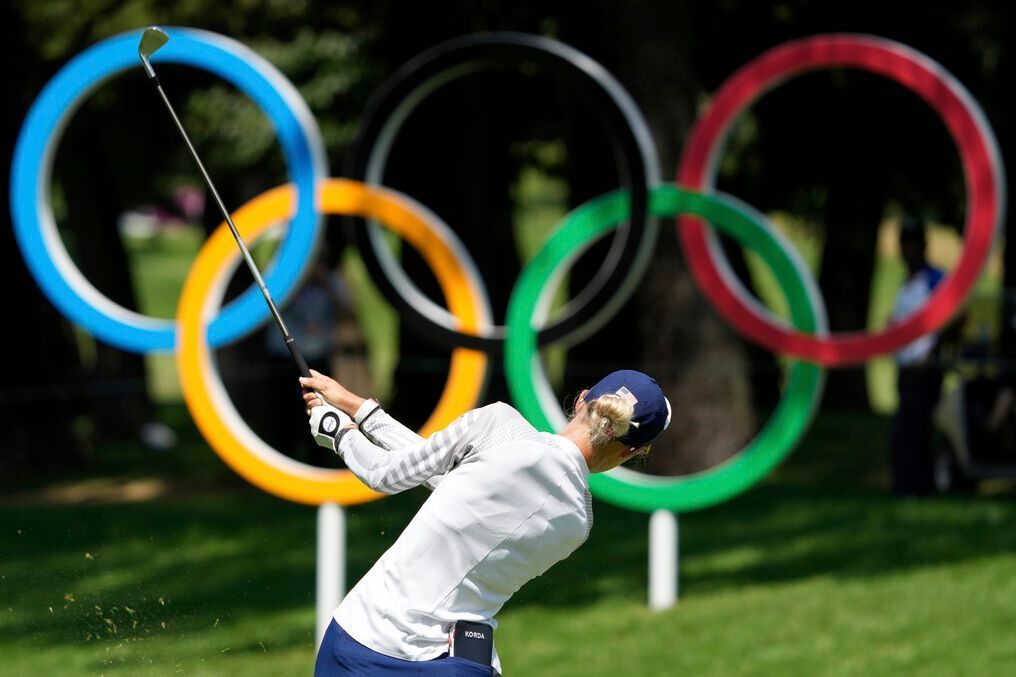 KAWAGOE, Japan — Nelly Korda had to work for pars instead of making birdies look routine, and the 23-year-old American did well enough to keep her distance in pursuit of an Olympic golf medal.

Korda saved par with a 5-foot putt on the 17th hole and then got up-and-down from behind the 18th with a nifty pitch to 4 feet to finish with 12 straight pars at a 2-under 69.

She had a three-shot lead over Aditi Ashok of India, who is nearly last in the 60-player field in driving distance and near the top in sheer determination. She had a 68.

And for now, there will be a final round.

Olympic golf officials plan to start play as early as possible Saturday and take advantage of a window they hope is big enough to squeeze in 72 holes before a tropical storm in the forecast arrives.

Korda let out a sigh when her final par putt dropped. This was a day when her swing was off and she managed to hold it together at Kasumigaseki Country Club.

Korda was at 15-under 198 as she tries to add a gold medal to a year in which she won her first major and reached No. 1 in the world.

Behind her was another fight shaping up for the bronze. Mone Inami of Japan, who was given the honor of hitting the opening tee shot, missed a 7-foot par putt on the final hole for a 68. She was five shots behind in four-way tie for third with Lydia Ko of New Zealand (66), Hanna Green of Australia (67) and Emily Kristine Pedersen of Denmark (70).