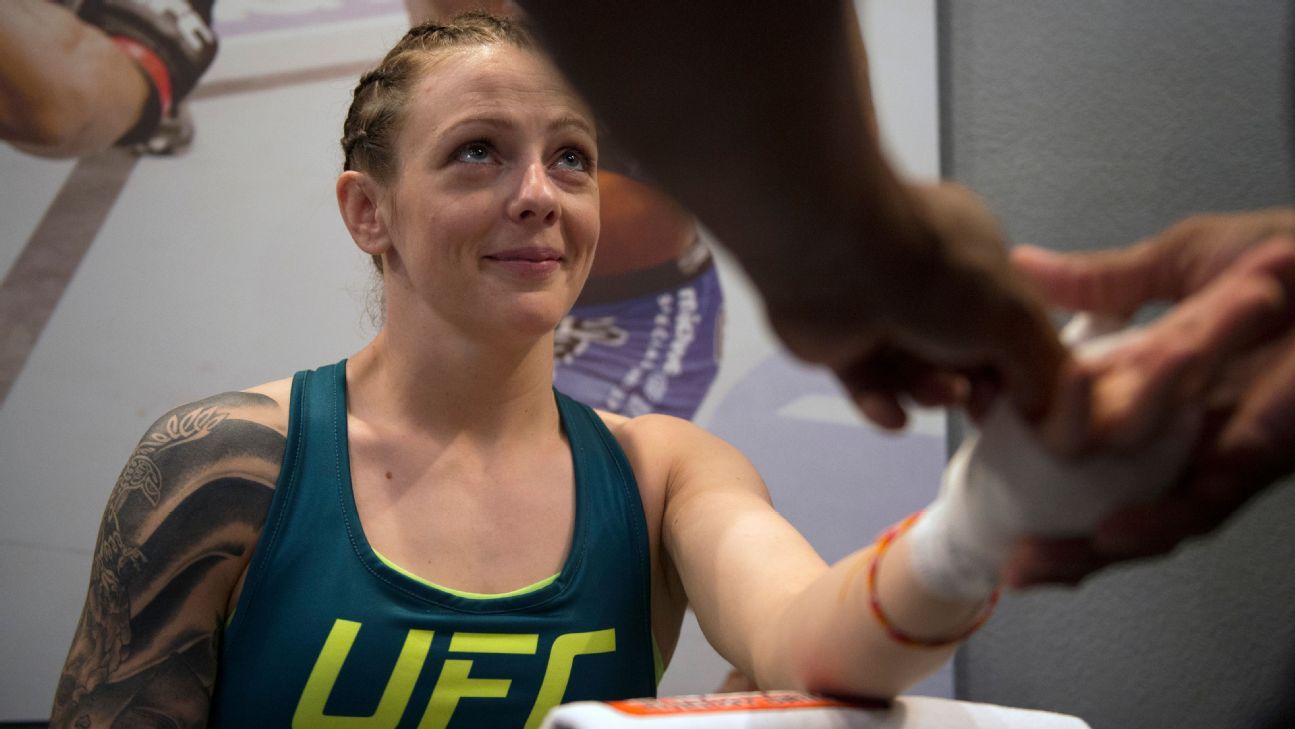 The UFC is targeting a flyweight bout between Joanne Calderwood and Alexa Grasso for a UFC Fight Night on Nov. 20, sources said Monday.

The bout is not yet official but is in the process of being finalized, sources said. The UFC has not announced an event or location for the date, but it could take place in Las Vegas.

In addition to the matchup, Calderwood (15-6) has signed a new multifight deal with the UFC, sources said.

Originally from Scotland and now training in Las Vegas, Calderwood was scheduled to challenge Valentina Shevchenko for the UFC title in June 2020, but the fight fell through due to a Shevchenko injury.

Rather than wait for the champ, Calderwood took a fight against Jennifer Maia and lost via submission in August 2020. She is 1-1 in two fights since then.

Grasso (13-3), of Guadalajara, Mexico, is coming off back-to-back wins against Ji Yeon Kim and Maycee Barber. The 27-year-old is 2-0 since moving up from the 115-pound division.

Calderwood and Grasso are considered two of the top flyweights in the division who have not yet fought Shevchenko. They are currently Nos. 6 and 10 in the UFC rankings, respectively. Shevchenko will seek her sixth title defense against Lauren Murphy at UFC 265 next month.