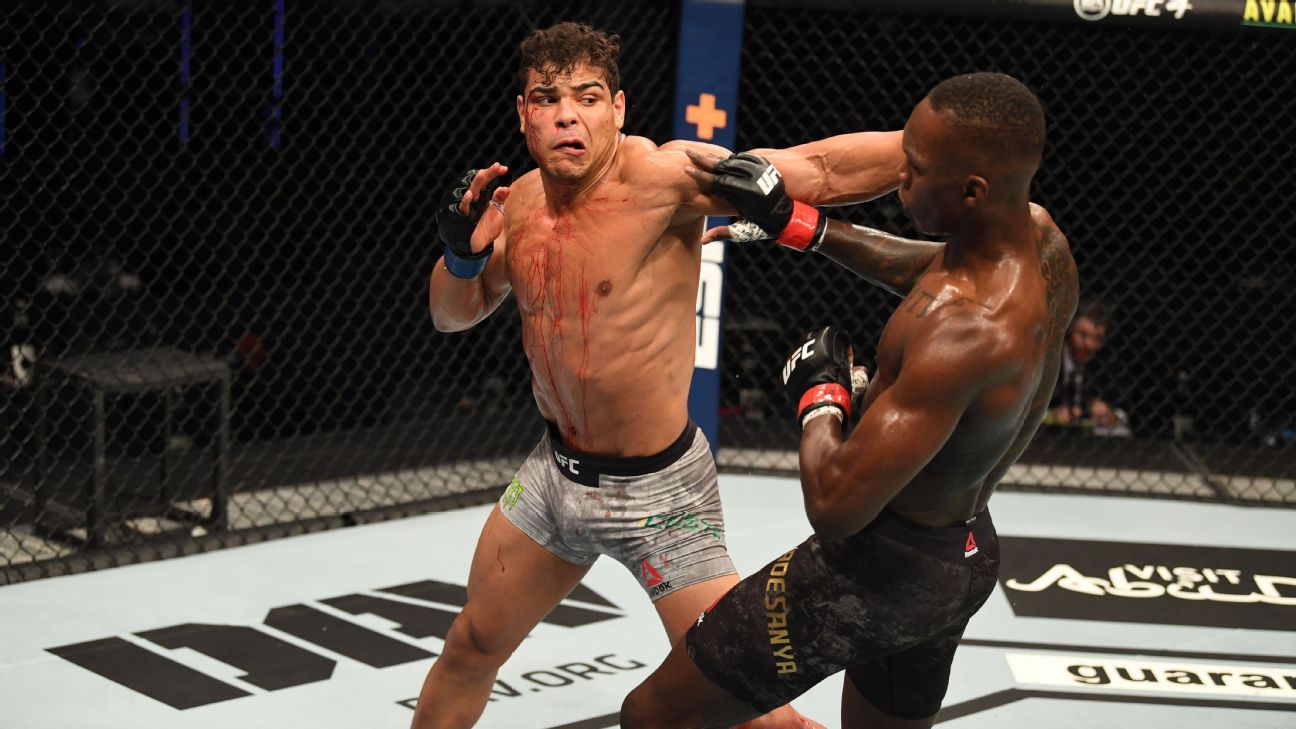 The 185-pound bout is expected to headline UFC Fight Night on Oct. 23. UFC officials have not announced an official location for the event.

Costa (13-1) has not fought since he came up short in a title bid against Israel Adesanya at UFC 253 last September. The 30-year-old Brazilian was booked to five-round main events against Robert Whittaker and Jared Cannonier, but withdrew from both. He has expressed dissatisfaction with his contract several times in 2021.

Prior to losing to Adesanya, Costa was a perfect 5-0 in the UFC with four finishes.

Vettori (17-4-1) is also coming off a loss to Adesanya. Born in Italy, now fighting out of Huntington Beach, California, Vettori suffered a unanimous decision loss to Adesanya in a title fight in June. He immediately expressed interest in fighting Costa following the loss.