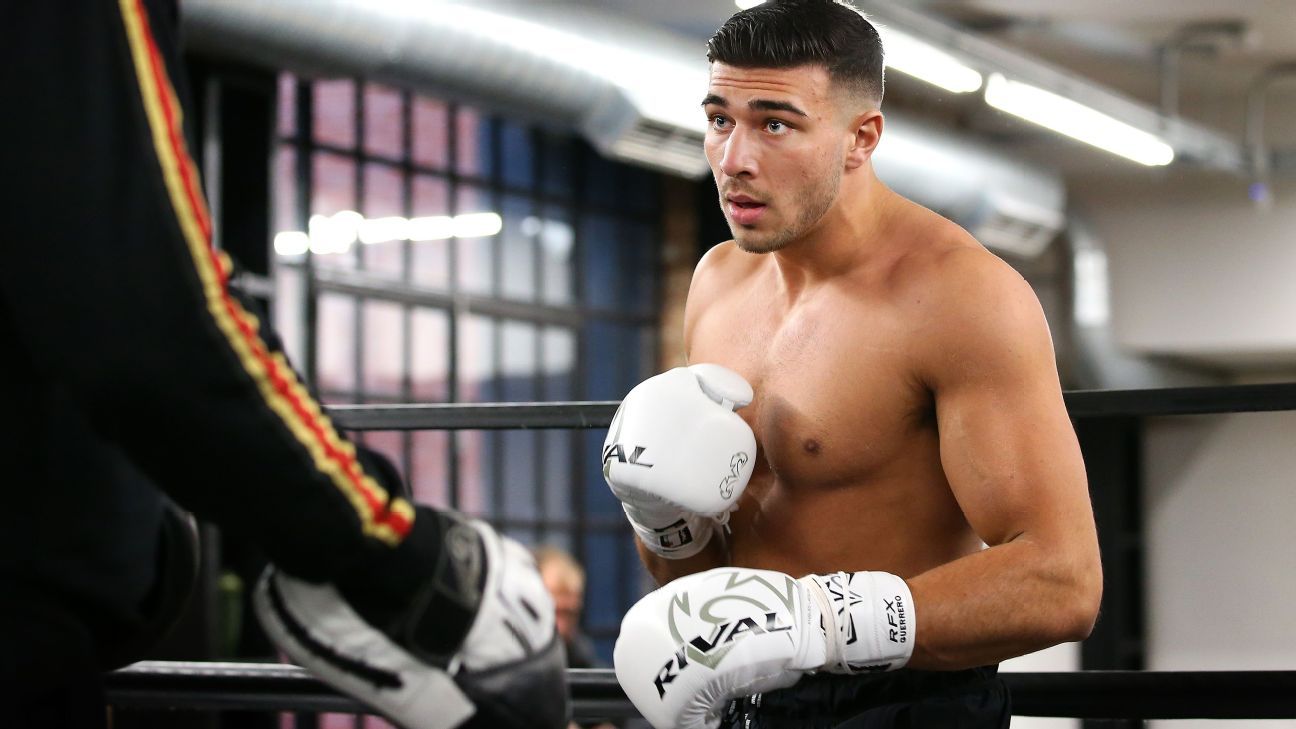 Tyson Fury’s brother is being added to the Jake Paul vs. Tyron Woodley undercard — with an eye toward him fighting Paul in the future.

Tommy Fury, the half brother of Tyson, will fight MMA fighter Anthony Taylor on the Aug. 29 card from Cleveland in a six-round cruiserweight fight, sources told ESPN. The event headlined by Paul, the polarizing YouTube-star-turned-prize-fighter, and Woodley, a former UFC welterweight champion, is being promoted by Showtime Sports and Paul’s Most Valuable Promotions.

Tommy Fury, 22, is a budding boxer with a big name in the United Kingdom due to his time on the dating reality show “Love Island.” He is 6-0 in boxing, but against lesser competition. In March, Tyson Fury tweeted at Paul that he should fight his brother.

At the time, per Paul’s adviser, BAVAFA Sports CEO Nakisa Bidarian, Paul didn’t know who Tommy Fury was. Bidarian said after Paul knocked out former UFC fighter Ben Askren in April, his team reviewed the possibility of Tommy Fury as Paul’s next opponent. But the lack of competition and Tommy Fury’s lack of name value in the United States swayed Paul’s team against him as the next opponent, Bidarian said.

“That’s not a knock on him,” Bidarian said. “It’s no different than 99 percent of professional boxers who are building their undefeated record against opponents that are put in with the expectation to lose.”

The idea now is to give Tommy Fury the chance to make a bigger name for himself in the United States on a Paul undercard to potentially set up a future fight between them, Bidarian said. Taylor, who competes for Bellator MMA and is 0-1 as a pro boxer, is a sparring partner of Paul in Puerto Rico.

“If Fury is dominant against Taylor, someone who is in there sparring with Jake, then Jake is 100 percent focused on fighting Fury after Woodley,” Bidarian said. “That doesn’t mean he is overlooking Woodley at all, as we believe Woodley is a much tougher opponent than Fury.”

Paul, 24, is 3-0 as a pro boxer with knockouts of Askren, former NBA player Nate Robinson and YouTuber AnEsonGib.