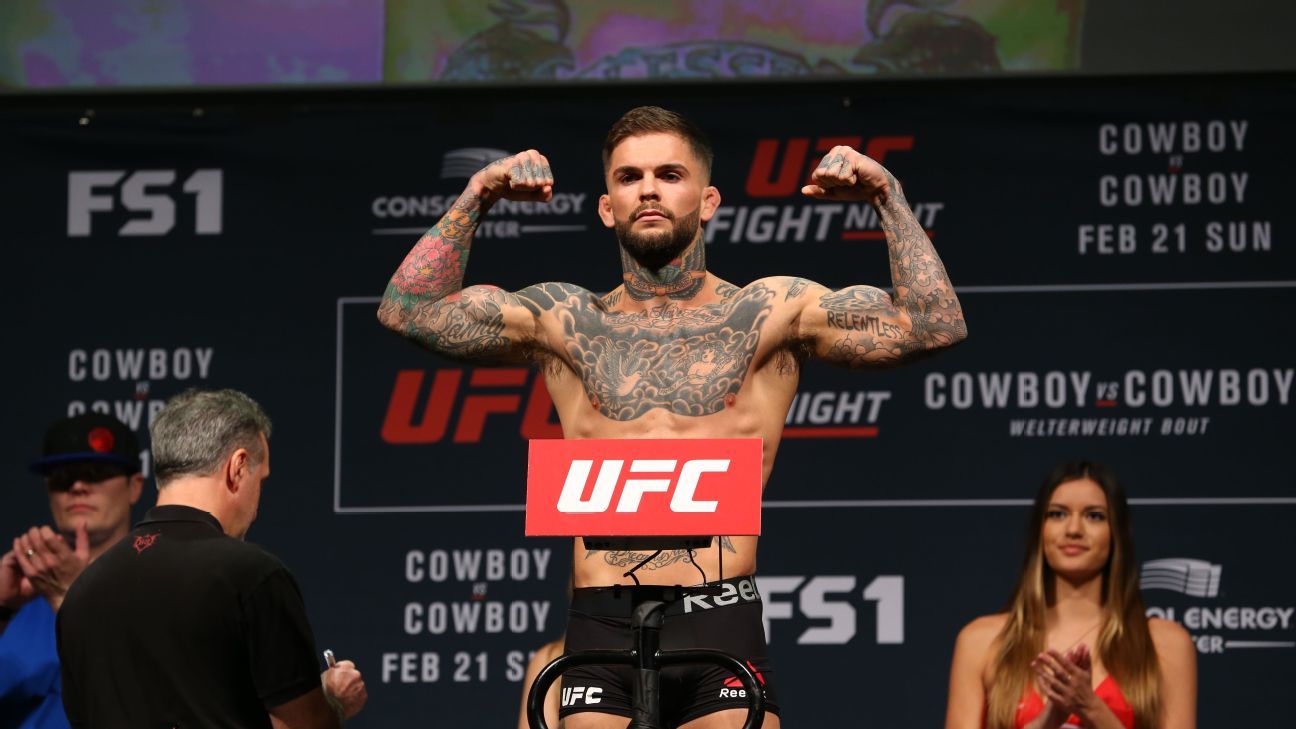 Garbrandt (12-4) will take on New Zealand’s Kai Kara-France (22-9) in a non-title flyweight bout on Dec. 11, multiple sources told ESPN. The UFC has not yet announced an official event or location for that date, but the 125-pound contest is in the process of being finalized for an event to be announced.

Originally from Uhrichsville, Ohio, now fighting out of Sacramento, Garbrandt won the UFC’s bantamweight championship in December 2016, but has gone 1-4 since at 135 pounds. He surrendered the title to TJ Dillashaw in his first attempted defense in November 2017. He is most recently coming off a decision loss to Rob Font in May.

Garbrandt has long considered a move to flyweight, and was even scheduled to fight the division’s champion Deiveson Figueiredo in November, before he suffered an injury.

Kara-France is currently the UFC’s No. 7-ranked flyweight. He is 5-2 in the UFC overall, and a teammate of middleweight champ Israel Adesanya.