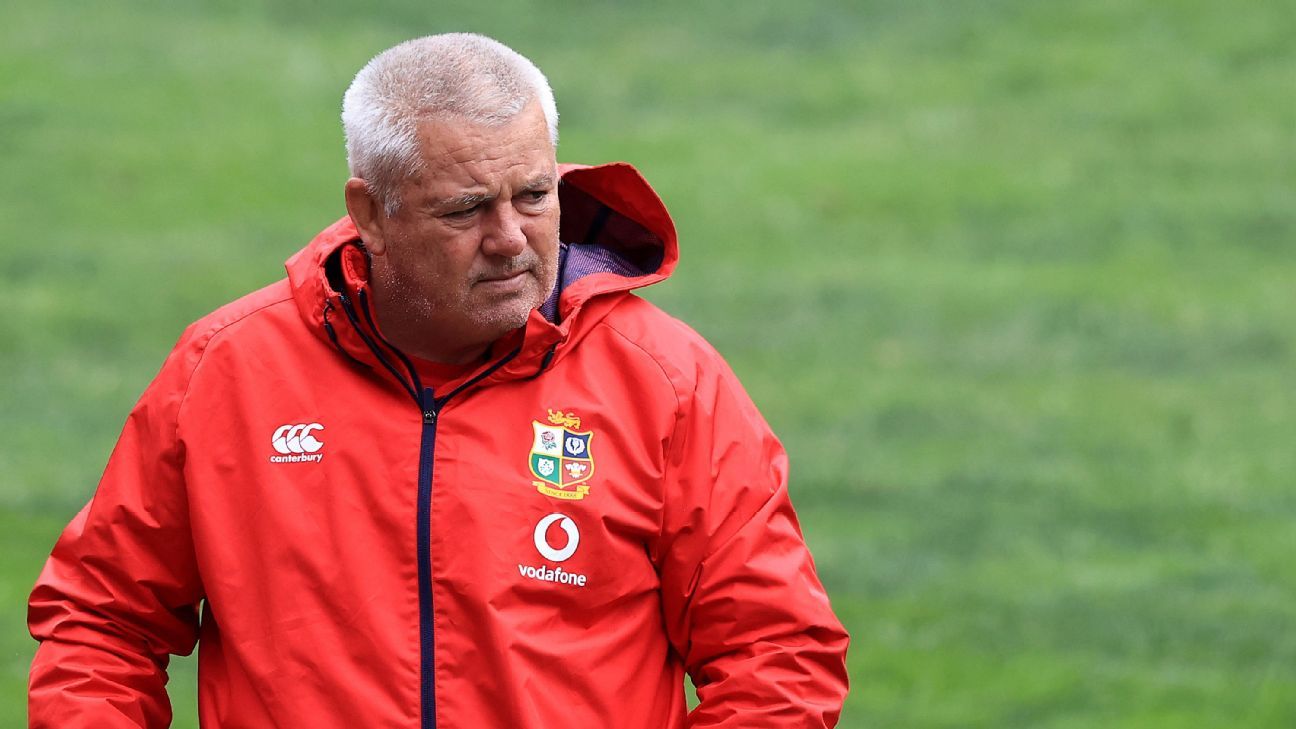 Warren Gatland said he was disappointed the British & Irish Lions had been called out by World Rugby over alleged comments about match officials in the test series against South Africa that has been overshadowed by off-field complaints.

South Africa Director of Rugby Rassie Erasmus has been called to a misconduct hearing after his hour-long video critique of the officials following the first test loss.

However, World Rugby has also expressed concern that “individuals from both teams have commented on the selection and/or performance of match officials.”

The Lions coach on Tuesday moved to deny they had made any comments about the officials.

“The only thing I’m disappointed in World Rugby’s statement is that they’ve kind of inadvertently dragged us into it,” Gatland told a news conference.

“We’ve tried to, we think, maintain as much integrity as we can, in terms of we haven’t been commenting on the referee. We never questioned the integrity of the Television Match Official.

“I’m really disappointed with a part of the statement that says both camps have been critical of the officials. I’d like someone to show me where we have done that.

“We’ve looked through everything but cannot see any instances where we have been critical of the officials. If anything, we’ve praised the officials.”

With designated TMO Brendon Pickerill unable to travel from New Zealand for the game due to the COVID-19 pandemic, South African Marius Jonker was appointed in his place, raising Lions concerns.

Gatland said they were only told three days before the first test that Pickerill was not travelling and confirmed he had asked a neutral replacement be flown in for the next two tests, which had not happened.

World Rugby on Monday said match officials were the backbone of the sport.

“World Rugby condemns any public criticism of their selection, performance or integrity which undermines their role, the well-established and trust-based coach-officials feedback process, and more importantly, the values that are at the heart of the sport,” its statement said.

“World Rugby has reminded the management of both teams of their obligations regarding the values of the sport, World Rugby will also undertake a review of its Code of Conduct relating to incidents of this nature with a view to strengthening scope, rules and sanctions.”

It added that the series is “an opportunity for both teams and their management to set a positive example and concentrate on the spectacle and a wonderful example of rugby and its values at their best.”

The tempestuous three-match series is level at 1-1 going into the final test in Cape Town on Saturday.