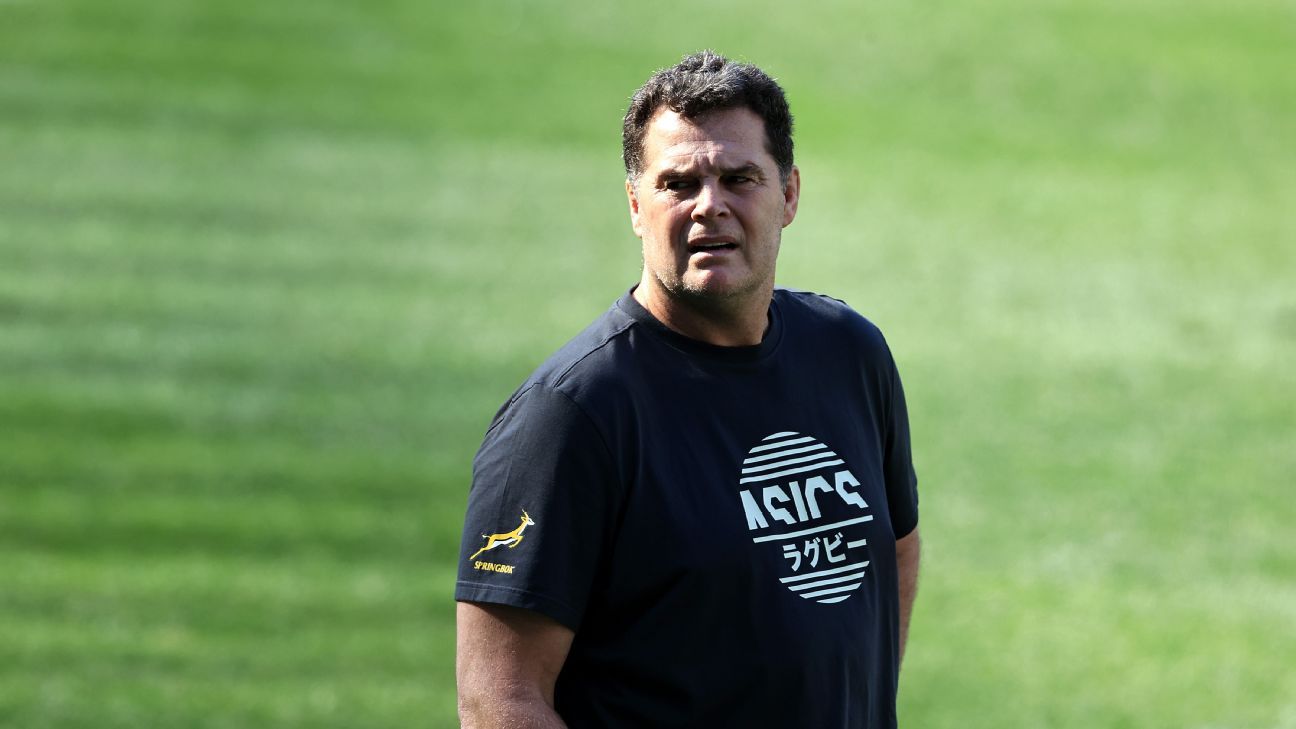 South Africa’s director of rugby Rassie Erasmus have been called to a misconduct hearing after his hour-long video critique of the match officials following the first test loss to the British & Irish Lions, World Rugby said on Monday.

The global governing body has expressed concern that “individuals from both teams have commented on the selection and/or performance of match officials,” but said the direct nature of Erasmus’ unprecedented public outburst requires a misconduct charge.

“Match officials are the backbone of the sport, and without them there is no game,” a World Rugby statement said on Monday.

“World Rugby condemns any public criticism of their selection, performance or integrity which undermines their role, the well-established and trust-based coach-officials feedback process, and more importantly, the values that are at the heart of the sport.”

The statement added that the video was a “breach of World Rugby Regulation 18 [Misconduct and Code of Conduct] and will now be considered by an independent disciplinary panel.”

Potential sanctions for Erasmus, who now serves as South Africa’s director of rugby, range from a warning or a fine, to a possible suspension from his position as an administrator.

The Springboks had been angered by comments made by Lions coach Warren Gatland before the series started after scrum-half Faf de Klerk evaded a red card for a tackle in South Africa A’s victory over the visiting side.

British media also reported that Gatland was furious at the appointment of South African Marius Jonker as Television Match Official for the series when New Zealander Brendon Pickerill could not take up the position due to travel issues.

“World Rugby has reminded the management of both teams… of their obligations regarding the values of the sport,” the statement continued.

“World Rugby will also undertake a review of its Code of Conduct relating to incidents of this nature with a view to strengthening scope, rules and sanctions.”

They added that the series is “an opportunity for both teams and their management to set a positive example and concentrate on the spectacle and a wonderful example of rugby and its values at their best.”

The tempestuous three-match series is level at 1-1 going into the final test in Cape Town on Saturday.