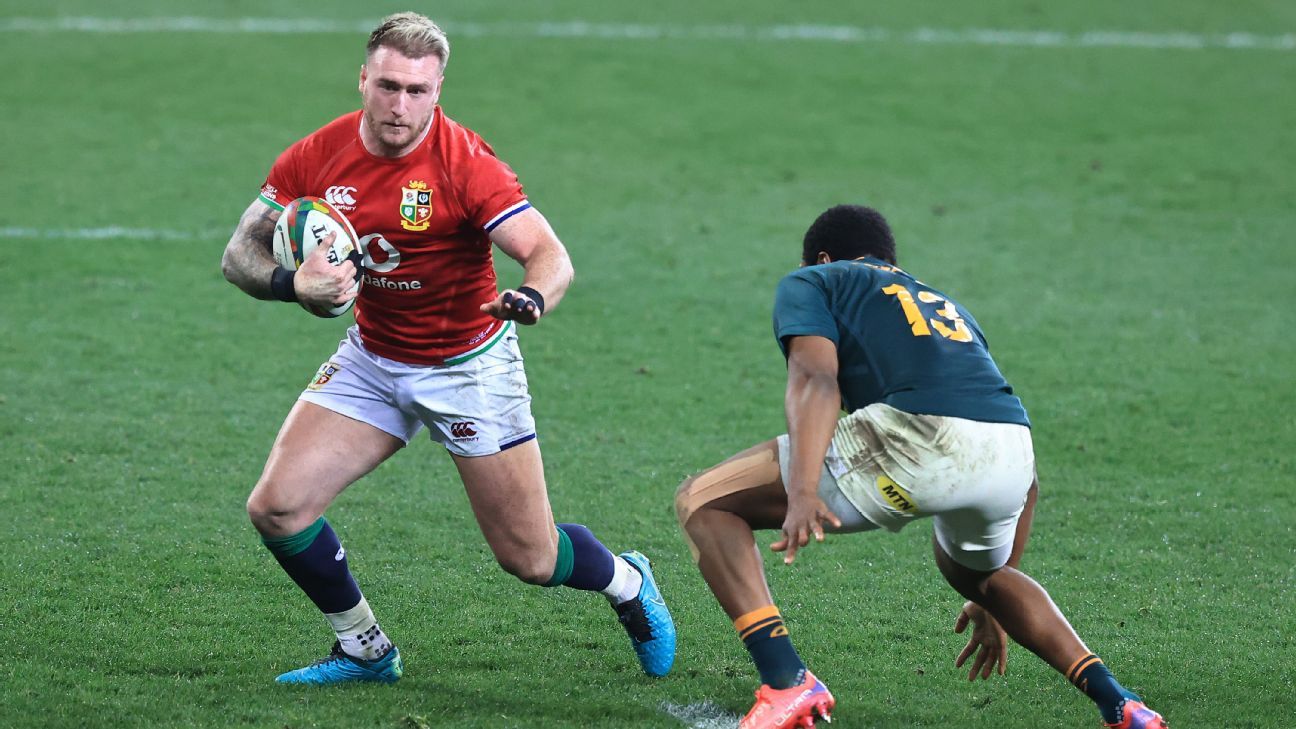 A scuffle involving most of the players on the pitch took place in an ill-tempered first half, leading to a confrontation between Hogg and Le Roux. The Scotsman can be seen with his face buried in Le Roux’s arm, but he has denied any wrongdoing.

“Following speculation that has surfaced online, I would like to categorically deny any foul play in last night’s game,” Hogg said in a statement on Sunday.

“I would never bite an opponent and I am annoyed and upset by this unsubstantiated accusation. I’ve always been proud of playing rugby in the spirit of the game.

“Respect to the Springboks for their deserved win yesterday. The squad is hurting after last night’s defeat, but it’s all to play for next week. It’s going to be a cup final and everyone’s going to be up for it.”

Le Roux and the South Africa side have not commented on the accusations.

There were a number of flashpoints and incidents of foul play during the match, with both teams reduced to 14 players after yellow cards for the Lions’ South African-born wing Duhan van der Merwe and Bok flyer Cheslin Kolbe.

Kolbe was fortunate not to get a red card when he connected with airborne Lions scrumhalf Conor Murray, an incident that could yet get the attention of the citing commissioner.

The series is locked at 1-1 heading into the third and final match at the Cape Town Stadium on Saturday.