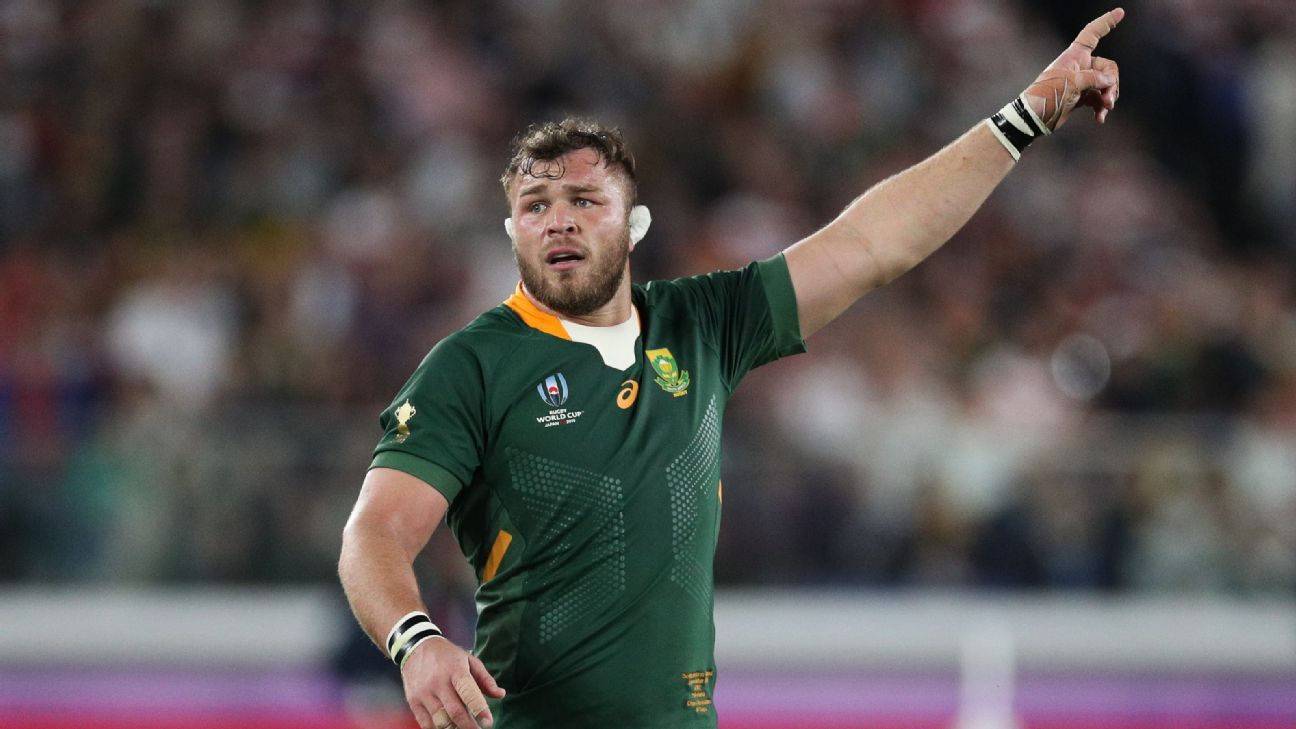 Duane Vermeulen has rejoined the South Africa squad ahead of a decisive third test against the British & Irish Lions in Cape Town next Saturday, but will undergo a fitness test on a troublesome ankle injury before he is cleared to play.

The 2019 World Cup winner is a key part of the Springboks’ forward pack, but missed the first two games in the series due to an injury picked up playing for the Bulls against the Stormers on June 4. It required surgery.

“Duane will join us on Sunday and will be medically assessed as soon as possible,” Bok coach Jacques Nienaber said in a statement from South African Rugby. “We will never risk a player who is not 100% fit, but he brings experience to the squad and it will be great to have him with us.”

Kwagga Smith and Jasper Wiese have been used at the back of the scrum by the Boks in Vermeulen’s absence.

The No. 8’s return would be timely after flank Pieter-Steph du Toit, the World Rugby Player of the Year in 2019, went out of the second test on Saturday inside the opening 20 minutes with a shoulder injury.

He will be assessed on Monday but must be a doubt for the series decider.