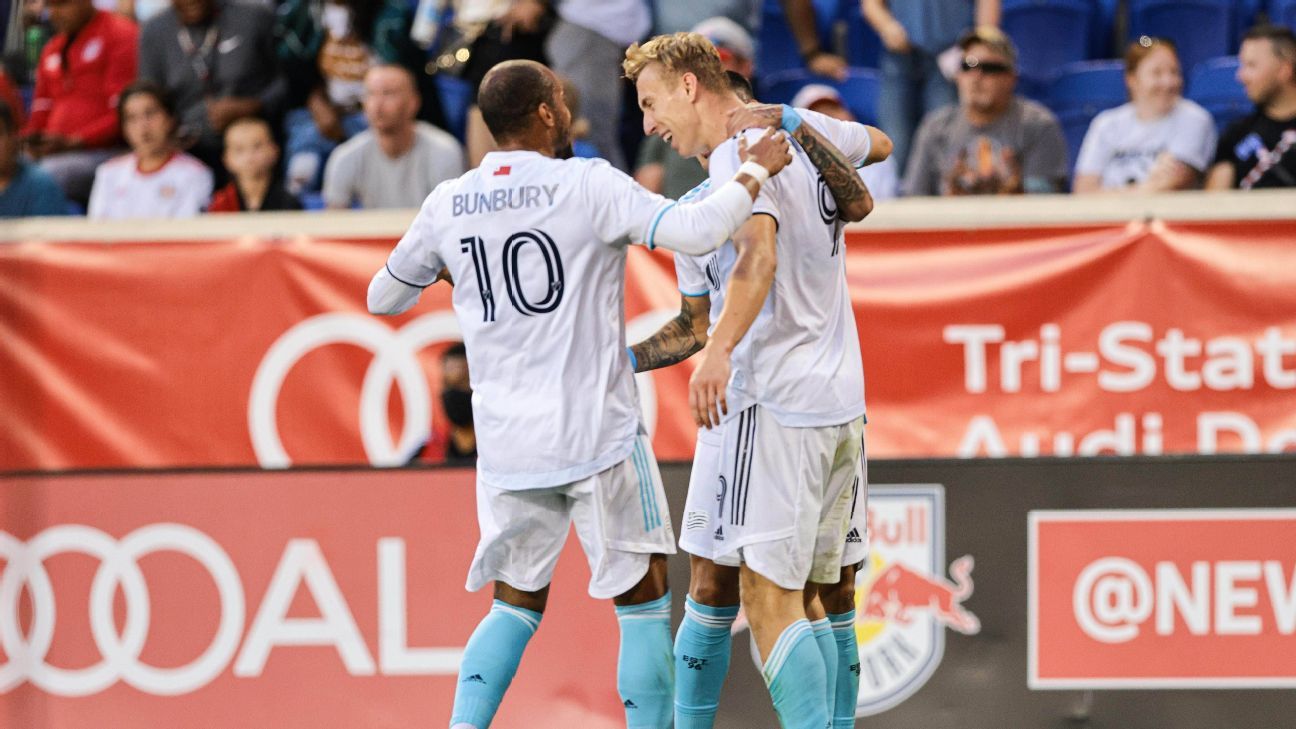 Adam Buksa scored in second-half stoppage time to lift the New England Revolution to a 3-2 victory with the New York Red Bulls on Saturday in Harrison, N.J.

Buksa’s left-footed shot from the center of the box beat a diving Carlos Coronel inside the right post in the 91st minute. The goal was Buksa’s eighth of the season and second against New York.

Carles Gil set up that goal as well as Brandon Bye‘s header off a set piece in the 84th minute to boost his MLS-leading assist total to 15.

New England’s Gustavo Bou scored in the 60th minute, giving him nine of his team-leading 10 goals in his last 10 matches. Bou has tallied in all five career appearances against the Red Bulls, including the Revolution’s 3-1 win on May 22 and again in a 3-2 victory on June 23.

Brad Knighton made one save for the Revolution, who have won four in a row overall and completed a season sweep of the Red Bulls.

New York’s Wikelman Carmona scored his first career MLS goal in the eighth minute and Fabio tallied in the 63rd for the Red Bulls, who fell to 1-3-3 in their last seven matches.

New England forged a tie at 1 in the 60th minute after Bou sent shot from outside the box into the top right corner of the net.

The momentum didn’t last long, however, as Fabio jumped in the air to score from in close for his third goal of the season.

New York started off strong as Kyle Duncan tapped a feed into open space for Carmona, who unleashed a shot from outside the box that squeezed past a diving Knighton and inside the right post. The 18-year-old Carmona was playing in the 10th MLS match of his career.

Montgomery blanks Yanks in debut as a Cardinal
Ranking the potential first-time College Football Playoff teams
Hooper reaches out, but no timeline on return
Rennie: ‘No regrets’ over Kerevi’s sevens gamble
Position U 2022: Which schools produce the most talent at each position?