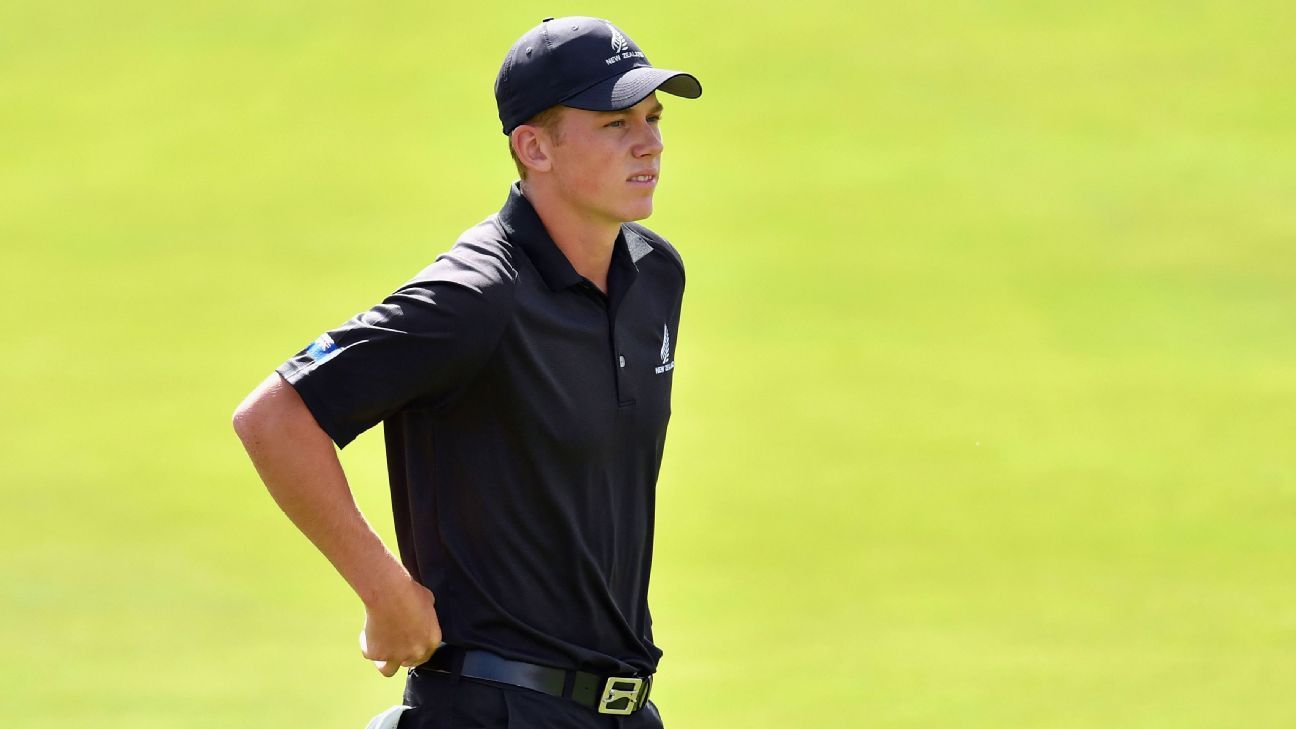 New Zealand golfer Daniel Hillier made the most of his tournament invite to claim the halfway lead in the World Invitational on Friday.

Hillier carded nine birdies and one bogey in a second round of 62 at Galgorm Castle to reach 11 under par, a shot ahead of overnight leader Jordan Smith, who followed his opening 62 at Galgorm with a 68 at Massereene Golf Club.

The 678th-ranked Hillier does not have full playing rights on any tour but equalled the course record with a 64 at Hollinwell in final qualifying for the British Open this month. He narrowly missed the cut at Royal St George’s.

In the women’s event, American Emma Talley opened up a three-shot lead over compatriot Jennifer Kupcho and South Korea’s Chella Choi thanks to a storming finish to her second round at Massereene.

Talley was furious with herself after posting a second bogey of the day on the par-4 second, her 11th hole, but responded with five birdies in the last six to complete a superb 65 and reach 13 under par.

England’s Charley Hull carded a second consecutive 68 to lie four shots off the pace alongside Scotland’s Gemma Dryburgh, who led after an opening 66 and added a 70 on Friday.