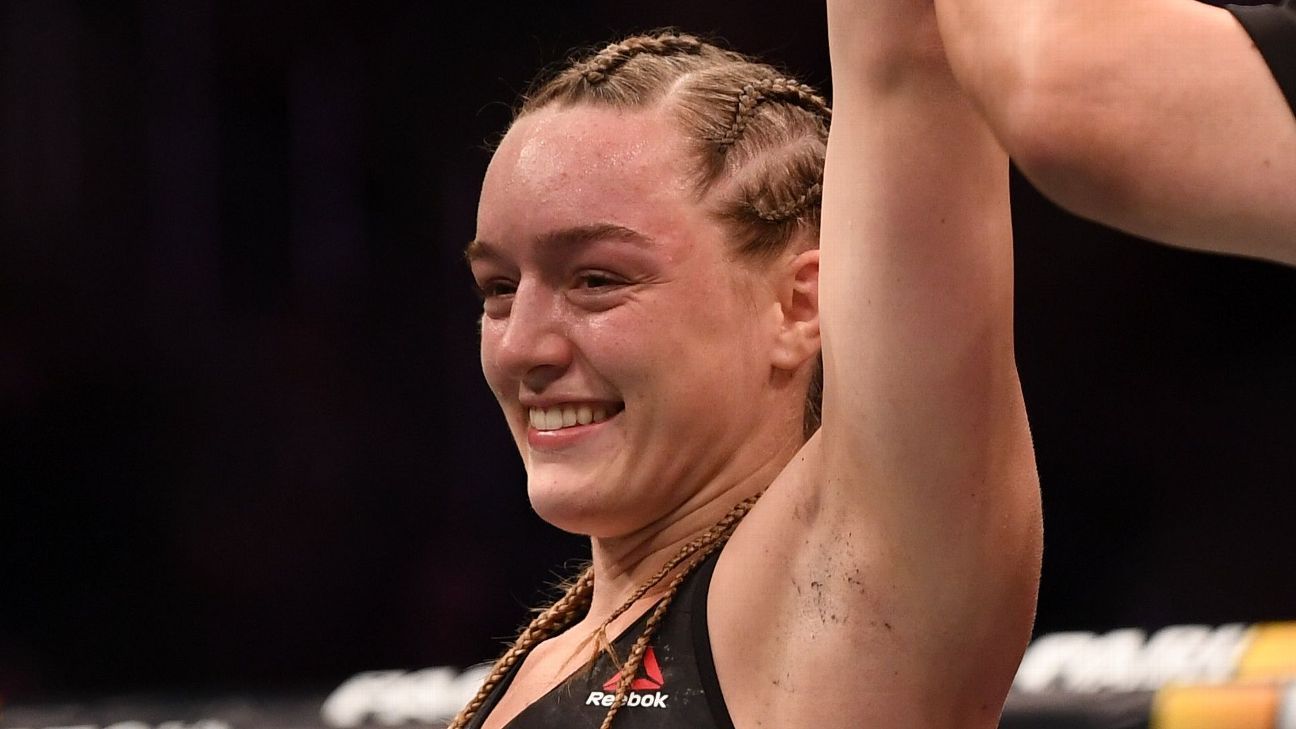 The fight between bantamweights Aspen Ladd and Macy Chiasson that was scratched from Saturday’s UFC event has been rescheduled for Oct. 2, sources said.

The card has not yet been announced by the promotion.

The original matchup was postponed just hours before Friday’s weigh-ins due to a Chiasson injury. Ladd requested a new opponent, calling out former champion Miesha Tate, who broke a five-year hiatus on July 17, but with short notice, the UFC couldn’t find a replacement to keep Ladd on the card.

ESPN ranks Ladd No. 4 in the division and Chiasson No. 10. A Ladd win could put her in position to challenge for the title in her next fight.

Amanda Nunes defends her belt against Juliana Pena at UFC 265 on Aug. 7.