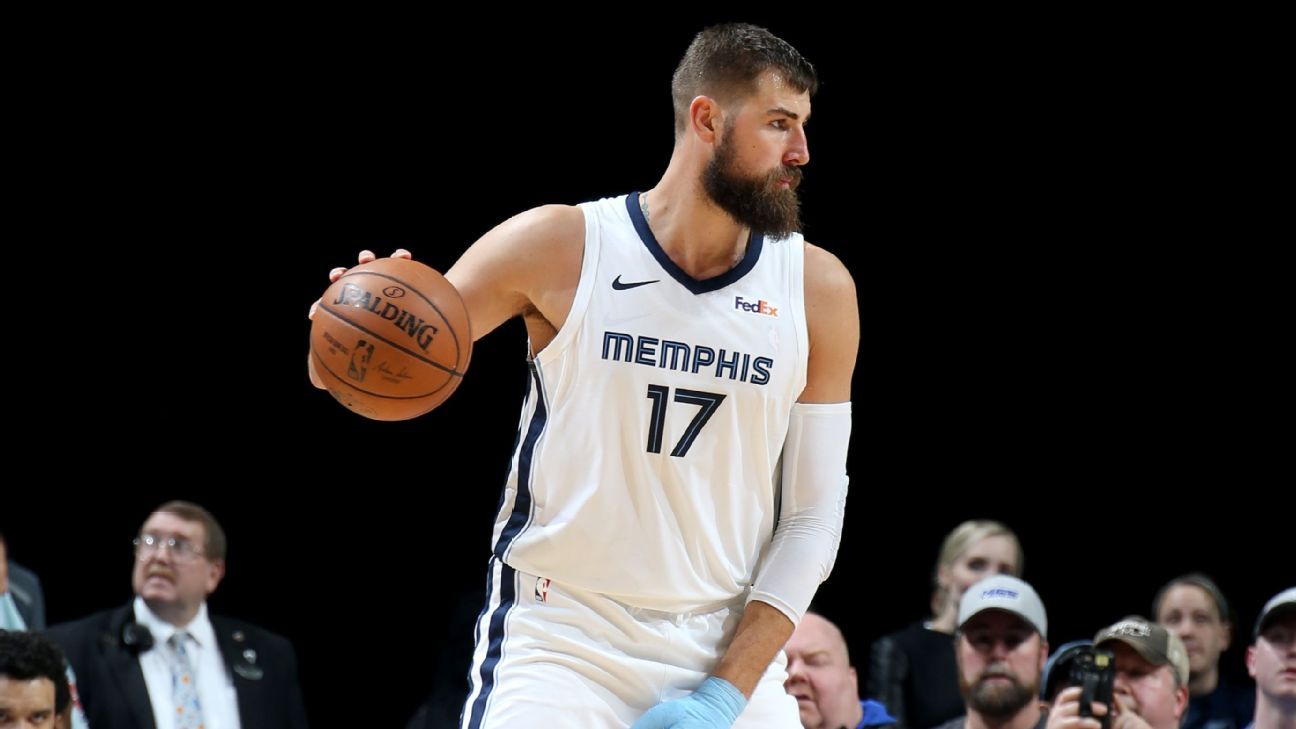 Determined to create significant financial flexibility in free agency next week, the Pelicans are including the 2022 Lakers first-round pick – protected to 10 – in the trade, sources said. Memphis (51) and New Orleans (40) are also exchanging second-round picks in Thursday’s draft, sources said.

The deal moves the Grizzlies into the lottery at No. 10 of a deep 2021 draft and allows them to add another significant piece to an already playoff tested core of young players. Memphis could have three first-round picks in 2022, including protected picks via Utah and the Lakers.

The Pelicans could have as much as $36 million in salary cap space, if they were to lose Ball and Hart. The room drops to $25 million if Ball left, but Hart stayed.

ESPN’s Bobby Marks noted that because of the salary involved — $15 million for Valanciunas, $17.1 million for Adams and $18.1 million for Bledsoe — the trade cannot be finalized until Aug. 6, when free agency begins.

The Pelicans brought in Bledsoe and Adams last offseason in the trade that sent Jrue Holiday to the Milwaukee Bucks. New Orleans signed Adams to a two-year, $35 million extension shortly after.

Bledsoe, who was coming off back-to-back All-Defensive team nods in Milwaukee, had a disappointing season as he was asked to play a different role in the Pelicans’ offense. He had the second-lowest shooting percentage of his career (.421) and his lowest scoring average (12.2) since 2012-13.

A more traditional big who doesn’t typically step out beyond the arc, Adams also experienced a dip in production averaging just 7.6 points per game after four consecutive seasons averaging double figures in scoring. He averaged 8.9 rebounds per game but shot a career-worst 44.4 percent from the line.

Valancuinas, 29, isn’t a traditional floor spacer but did shoot 21-of-57 from deep (36.8 percent) last season with Memphis.

He’s also coming off his most productive season after averaging 17.1 points and 12.5 rebounds per game while shooting a career-best 59.2 percent overall in just 28.3 minutes a night.

Memphis swapped both of its picks in this year’s draft while the Pelicans still have four second-round picks since they still have No. 35, No. 43 and No. 53 to go along with the pick they swapped with the Grizzlies.