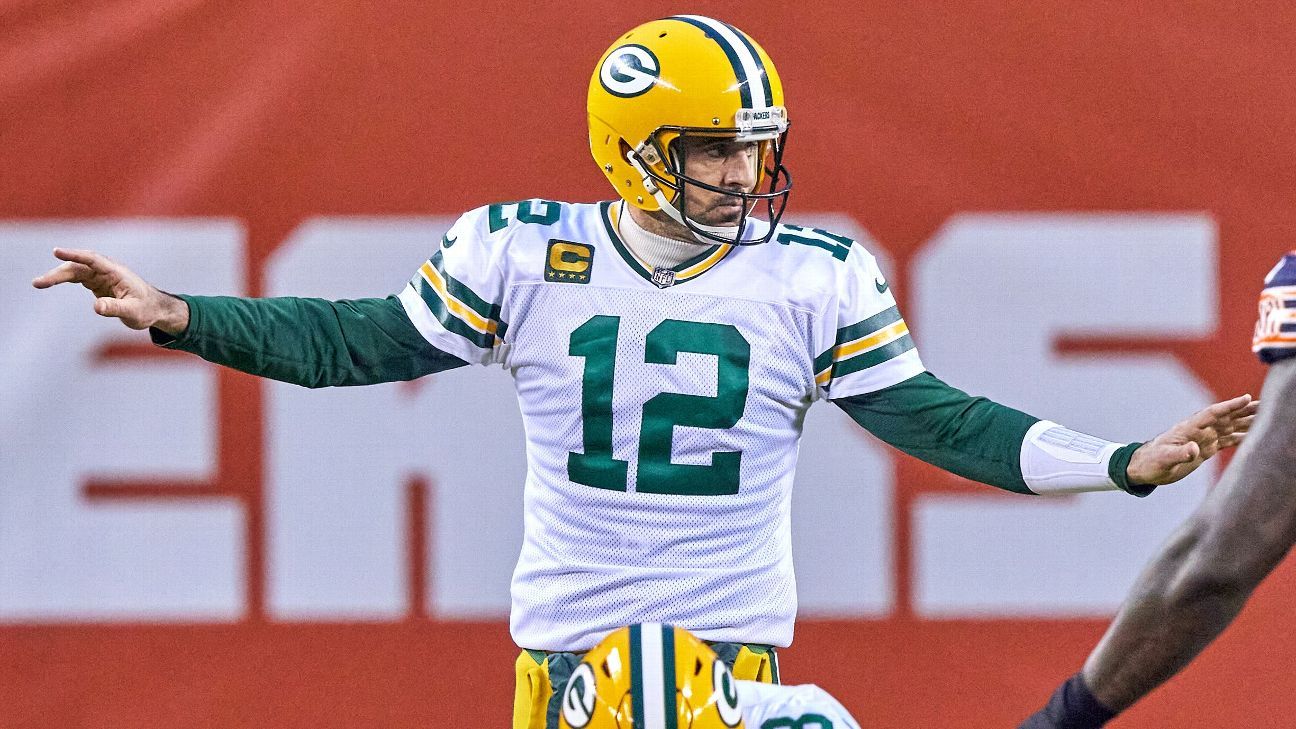 That was the reaction from one long-time NFL personnel executive to Monday’s news from ESPN’s Adam Schefter that the Green Bay Packers offered concessions aimed at persuading quarterback Aaron Rodgers to return to the team for at least one more season.

While this has “The Last Dance” written all over it, it’s far from a sure thing that it will end in similar fashion to Michael Jordan’s last season with the Chicago Bulls: with Rodgers bringing the Lombardi Trophy back to Green Bay.

It is, however, a sign that an NFL player — at least one as accomplished as Rodgers — can now coordinate the course of his career with far more control than the league has ever seen.

“It’s crazy, and it says ‘I’m bigger than the team,’” the personnel exec said. “I guess it’s a one-year deal and then trade him.”

There’s been damage done — perhaps irreparably to both Rodgers and his team — by the saga of the 2021 offseason.

“I think it’s kind of a pox on both houses, us and Aaron,” Packers president Mark Murphy said Monday, shortly before Schefter’s report of a pending agreement.

What you need to know about the Green Bay Packers:

Rodgers’ approach to this offseason tarnished his legacy, at least among some Packers fans. One yard sign in Green Bay this spring read, “Aaron, Go Pack.”

From a football standpoint, Rodgers’ decision to skip everything in the offseason also might have repercussions on the field.

Rodgers didn’t need any more 7-on-7 periods or any throws to unguarded receivers. But remember last offseason, when Rodgers had such a deep involvement with coach Matt LaFleur and offensive coordinator Nathaniel Hackett on refining the system? There was none of that this year.

As the old adage goes, “You’re either getting better or you’re getting worse.” No one stays the same, and it’s a sure bet that opposing defensive coordinators developed counters for what made the Packers the most productive offense in the NFL last season.

Even if Rodgers’ demands were so outrageous that they included, say, wanting influence over who the new defensive coordinator was going to be this year, he clearly felt disrespected — whether justified or not. That was the gist of his comments during his interview for Kenny Mayne’s final SportsCenter show in May.

The Packers aren’t without fault, either. Somehow, someway, Murphy and general manager Brian Gutekunst should have never let it get this far with their three-time MVP. Whether it was giving him a heads-up before they traded up to draft quarterback Jordan Love in the first round last year or offering him at least the illusion of influence, the team needed to give him the appreciation and respect he felt he deserved.

Murphy wouldn’t say what Rodgers has told the organization that he wants.

“I’m not gonna get into specific details,” Murphy said on Monday.

With Rodgers, assuming he’s fully on board, there’s no reason to think the Packers aren’t a Super Bowl contender once again.

But if among the concessions that the Packers offered Rodgers was the chance for greater input on the roster — there was a report he wants the team to bring back receiver Randall Cobb in a trade — then imagine being a non-star player in the Packers’ locker room. Not only do you have to please the coaches and scouts, but Rodgers, too.

Catering to one player is a tough message for the other 52 players to hear. Sure, it’s a big-boy league, but why add another unnecessary stressor?

There are some upsides to a one-more-year approach, if that’s where things stand now. Even if the Packers don’t win it all in Rodgers’ last go-around, they will have bought another year of development for Love. All evidence suggests he needs it. And in the spring of 2022, if the Packers trade Rodgers — presumably to a losing a team — they’ll own high draft picks in return and also have a more seasoned Love, who would be entering his third year.

Adam Schefter reports on the concessions the Packers are willing to make to bring back Aaron Rodgers for one more season.

Whether or not it’s true, the Packers gave the appearance that they have bent over backward for Rodgers.

“We have been working tirelessly with Aaron and his representation to resolve the issues he has raised this offseason,” Gutekunst told Packers shareholders on Monday. “And we remain hopeful for a positive resolution.”

On the other side, Rodgers’ silence or cryptic messages only further muddied his position. One of Rodgers’ most recent posts — which was accompanied by an identical post from receiver Davante Adams — was a picture of Jordan and Scottie Pippen. No one knew at the time whether that meant Rodgers and Adams already had their “Last Dance” or would have it this season.

“I actually did enjoy ‘The Last Dance,’” Murphy said with a smile on Monday. “I learned a lot. There was a lot going on there. … I think [Rodgers and Adams were] just having fun. I hope Aaron can win as many rings as Michael. That would be a heck of an end to his career.”