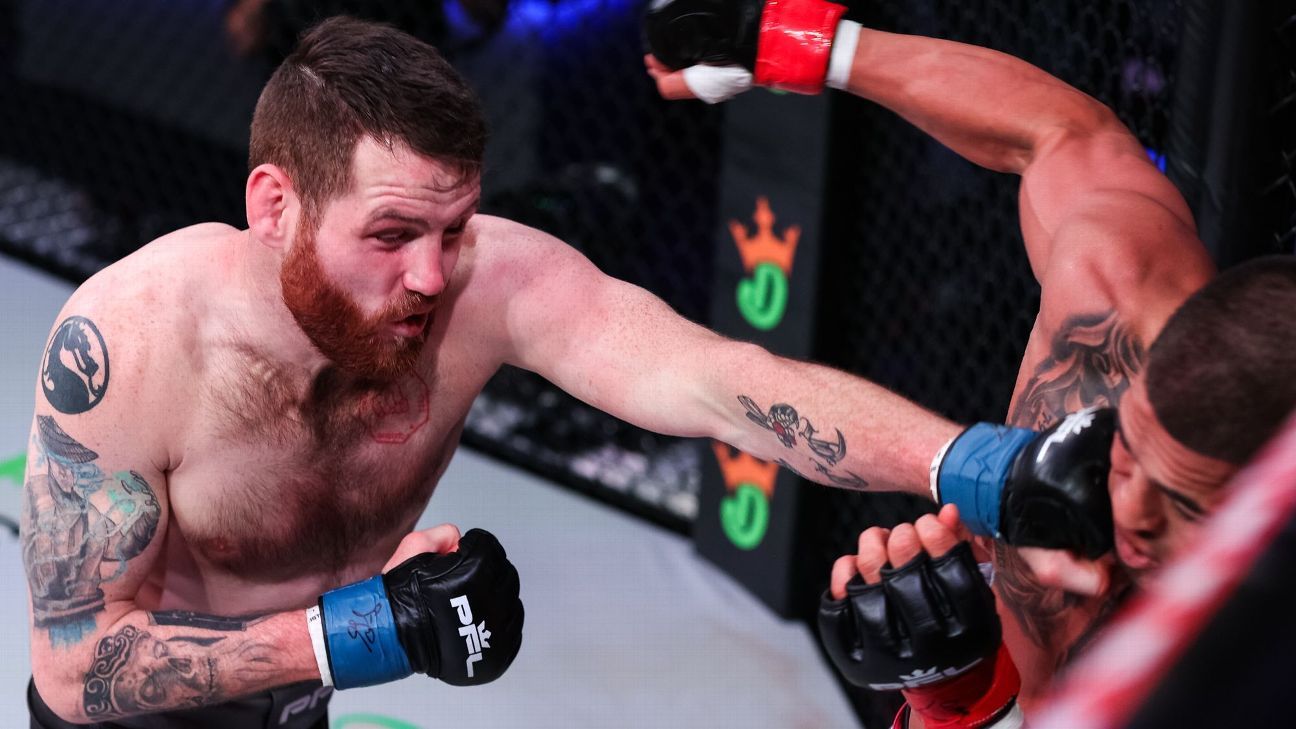 The MMA veteran, who made a name for himself last year in the boxing world, is two wins away from winning the PFL 2021 lightweight championship and one of the six $1 million prizes. He will face Raush Manfio in the semifinals of the PFL playoffs on Aug. 13 in Hollywood, Florida, PFL officials told ESPN on Tuesday.

An official announcement is expected later Tuesday. Collard is the No. 2 seed and Manfio is No. 3

Collard, 28, is 6-1 as an MMA fighter since being cut from the UFC in 2015. “Cassius Clay” has also been a pro boxer since 2017. From January 2020 to August 2020, he won five straight boxing matches as the underdog while the PFL was dormant due to the COVID-19 pandemic, earning him another nickname: “Cinderella Man.” He has won eight of his past 11 boxing matches.

Manfio (13-3) beat Pettis by split decision in June to earn his way into the playoffs. The Brazil native is the former Titan FC lightweight champion. Manfio, 29, has won five of his past six fights overall.