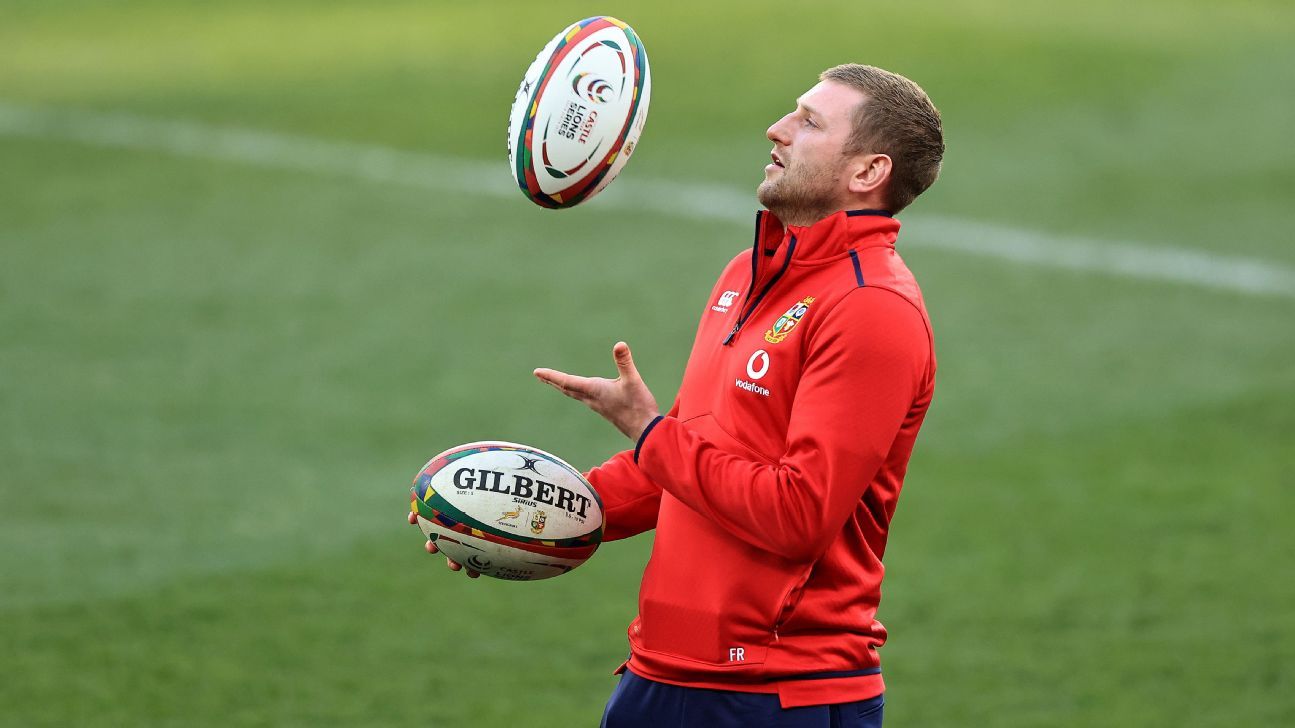 The British and Irish Lions have received a fitness boost with the news that fly-half Finn Russell is set to resume training on Monday and could be in contention for this weekend’s second test against South Africa.

Scottish No. 10 Russell has been sidelined for several weeks with an Achilles problem and missed the 22-17 first test win over the world champion Springboks on Saturday.

His return could be timely with the starting fly-half in the first test, Dan Biggar, having suffered a concussion, though Lions assistant coach Steve Tandy says the Welshman is on course to be available too.

“Dan is going through return-to-play protocols, he was good in the change room afterwards and is just starting to do those [protocols] now. All being well, he will be available to train again on Thursday,” Tandy told reporters on Monday.

“Finn will start training with us today, so he could be in the mix for Saturday, but we [the coaches] will discuss all that this evening.”

Tandy also said prop Wyn Jones, who was forced to withdraw from the opening test in the three-game series due to a shoulder injury, remained a doubt for the second game at the Cape Town Stadium.