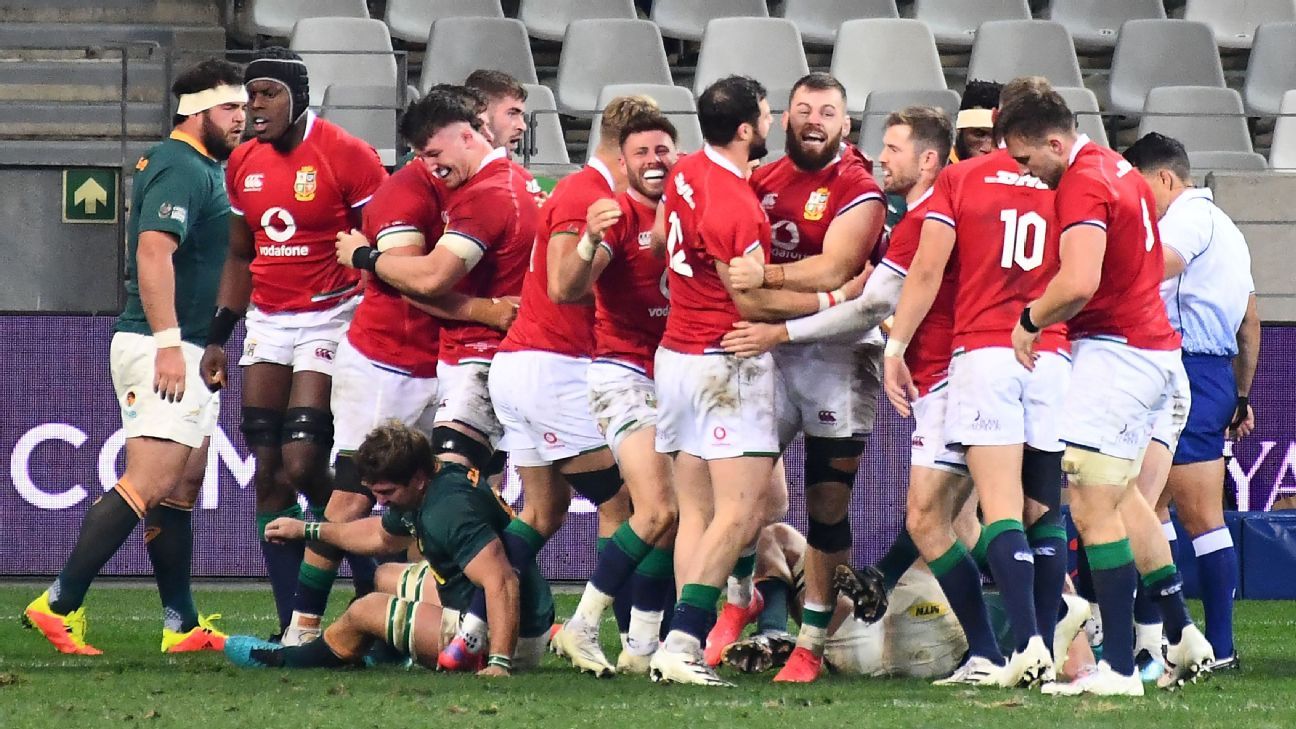 Dan Biggar’s boot proved the difference as the British & Irish Lions came from behind to beat South Africa 22-17 in an attritional first test in Cape Town on Saturday.

Biggar kicked four penalties and a conversion for a 14-point personal tally to take the Lions to victory after they were 12-3 down at half-time but came back strongly in the second half.

Luke Cowan-Dickie scored the Lions’ only try with Owen Farrell adding a key late penalty while the Springboks’ points came from a Faf de Klerk try and four first-half penalties from Handre Pollard.

The two teams meet again next Saturday in the second test, also at the Cape Town Stadium.