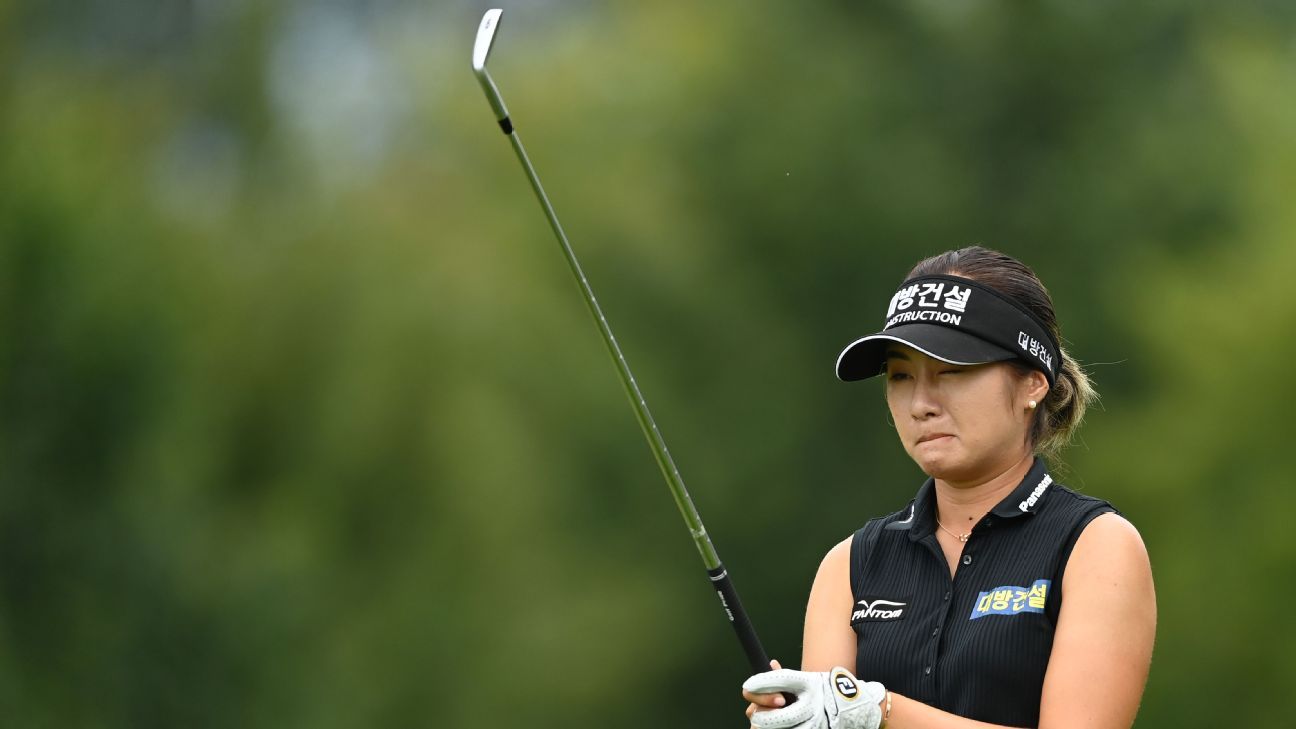 EVIAN-LES-BAINS, France — The day after making golfing history, Jeongeun Lee6 extended her Evian Championship lead to five strokes after a 3-under-par 68 in the third round on Saturday.

She’s at 18 under overall and the nearest challenger is teenage American Yealimi Noh at 13 under after carding a 4-under 67.

The 2015 champion Lydia Ko of New Zealand posted a 68 and was one shot behind the 19-year-old Noh.

South Korean Minjee Lee‘s 6-under 65 moved her into a three-way tie for fourth spot at 11 under with Japan’s Ayaka Furue and Thailand’s Pajaree Anannarukarn, who drifted back with a 1-over 72.

On Friday, Lee6 tied the golf majors record for the lowest round ever by a female or male with a 10-under 61, while her history-making 36-hole score of 127 was the lowest in a major, beating the 128 by Brooks Koepka at the 2019 U.S. PGA Championship.

But on Saturday Lee6 had a mixed bag of three bogeys, four birdies and an eagle.

She started just before midday by going too wide on an approach to the green and landing in the rough, but still almost chipped in before holding for par.

A rare error on the third hole saw her tee shot land in the bunker and she ended up with her first bogey since the 13th hole in the first round.

Lee6 birdied again on 10, eagled 11, bogeyed 17 after swiping an approach way wide from the fairway, and birdied 18.

Inbee Park, a seven-time major winner who won the Evian in 2012 before it became a major, was out of contention and tied at 16th at 7 under after a par 71.

New world No. 1 Nelly Korda was tied for 32nd, and defending champion Jin Young Ko dropped way down to 74th after carding a miserable round of 76 including four bogeys and a double bogey.

She won at Evian in 2019 but the event was canceled last year amid the coronavirus pandemic.