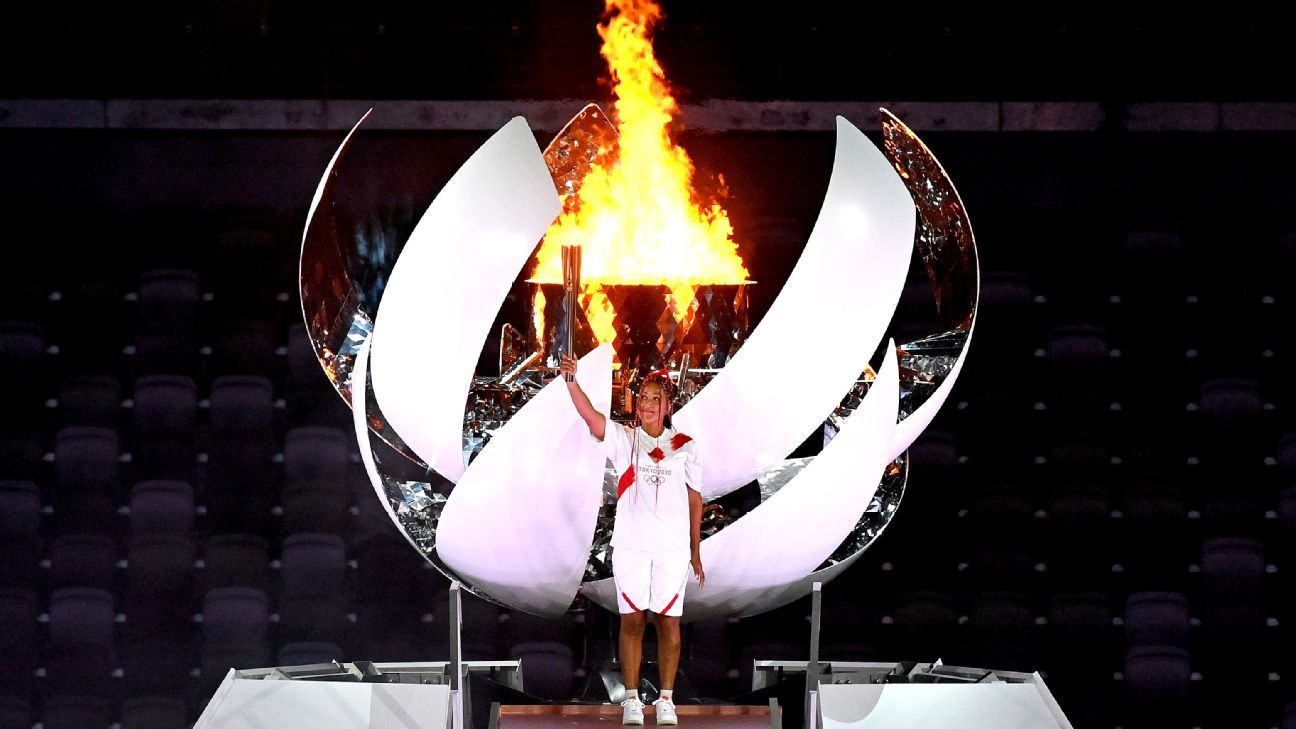 Tennis star Naomi Osaka has lit the cauldron at the opening ceremony of the Tokyo Games, ending the flame’s long journey from Greece to these delayed Olympics.

The cauldron sat atop a peak inspired by Mount Fuji. It’s a sphere that opened like a flower, “to embody vitality and hope,” organizers said. A second cauldron has been placed in Tokyo’s waterfront area was to be lit after the opening ceremony.

It’s always a mystery until the last moment who gets the honor of lighting the cauldron.

Sadaharu Oh, Shigeo Nagashima and Hideki Matsui were among the baseball greats who took part in bringing the flame into the stadium. They passed it to a doctor and nurse, Hiroko Oohash and Junko Kitagawa, who ran a couple hundred yards with it.

Wakako Tsuchida, a Paralympic athlete, took it from them and began rolling it and his wheelchair closer to the stage as athletes and others on the floor for the ceremony rushed forward for a closer look.

A group of six students were next to bring it closer to the stage, and at the foot of the stage with the last torch was Osaka — the four-time Grand Slam winner who will compete at the Tokyo Games.

She brought it to the center of the stage. A staircase emerged, the cauldron opened and Osaka walked to the top, the Olympic and Japanese flags blowing in the breeze off to her left. She dipped the flame in, the cauldron ignited and fireworks filled the sky.