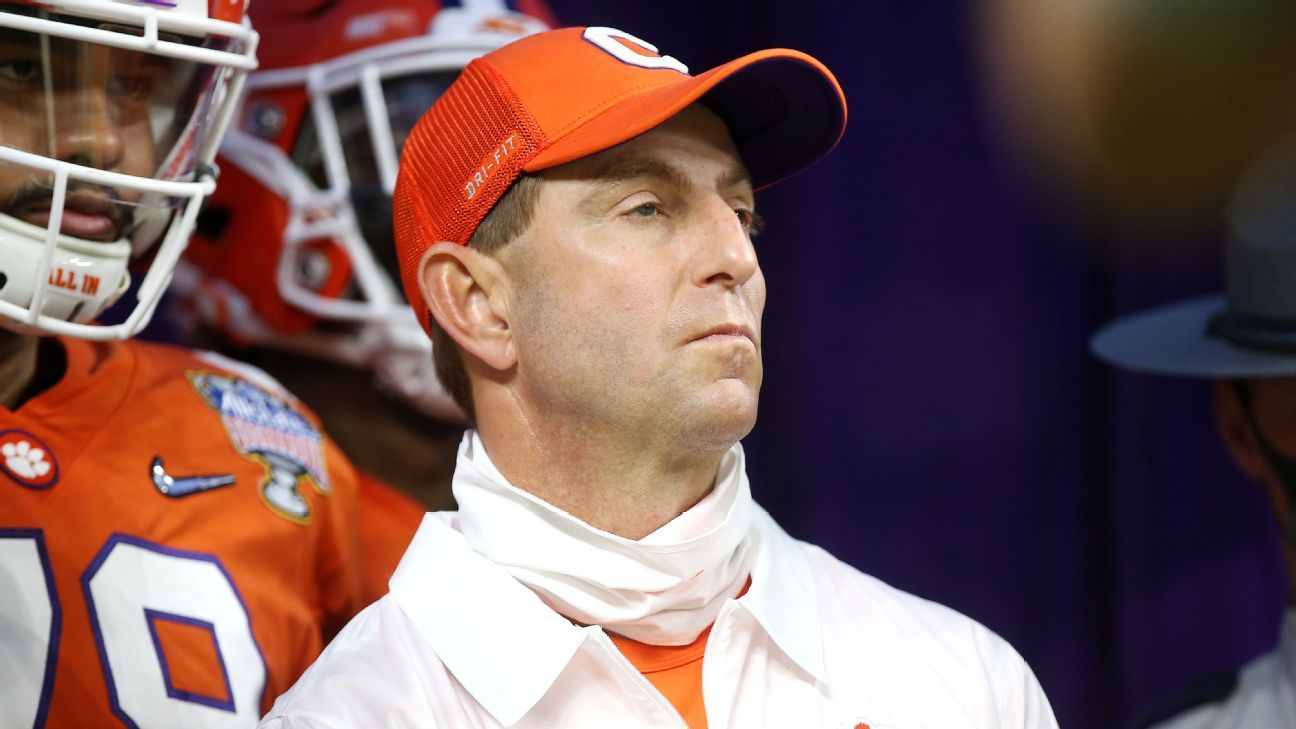 Clemson coach Dabo Swinney said Thursday he’d like to see additional changes made to the college football schedule if the sport plans to expand its playoff.

Swinney and North Carolina coach Mack Brown both came out against the proposed 12-team playoff this month after surveying their players for feedback, but after sitting through a detailed presentation on the proposal from Notre Dame athletic director Jack Swarbrick on Wednesday, Swinney said he does see value in the idea if the sport would also eliminate one regular-season game.

“Expansion is going to happen,” Swinney said Thursday. “Now, what’s the best way to do it? For me, it’s being driven by money and maybe it’s what the fans want, but what I do know is it’s not what’s best for these players. So if you’re going to expand the playoffs, then we need to shorten the season. I don’t think you can have both.”

Swinney said his own experience going through the College Football Playoff in each of the past five years offered ample evidence that extending the season for teams could have significant consequences for players — from their work in the classroom to their physical health.

One alternative Swinney endorsed was eliminating regular-season contests against regional FCS or lower-tier Group of Five foes and moving those games to the spring.

“That would be music to my ears,” Swinney said. “Why can’t we play a spring scrimmage? I’ve said that for years.”

Swinney also said he worried that playoff expansion would lead to increased opt-outs and the decline of the bowl system. Swinney was one of several coaches Thursday who wondered if name, image and likeness could be better tied into bowl games to help increase participation.

Swinney said he’ll support whatever playoff plan is eventually selected, but he believed the long-term outcome might involve a significant reshuffling of the current NCAA structure.

“It will all eventually get to a good spot,” he said. “There’s probably going to be a restructuring of college football down the road — probably sooner than later.”