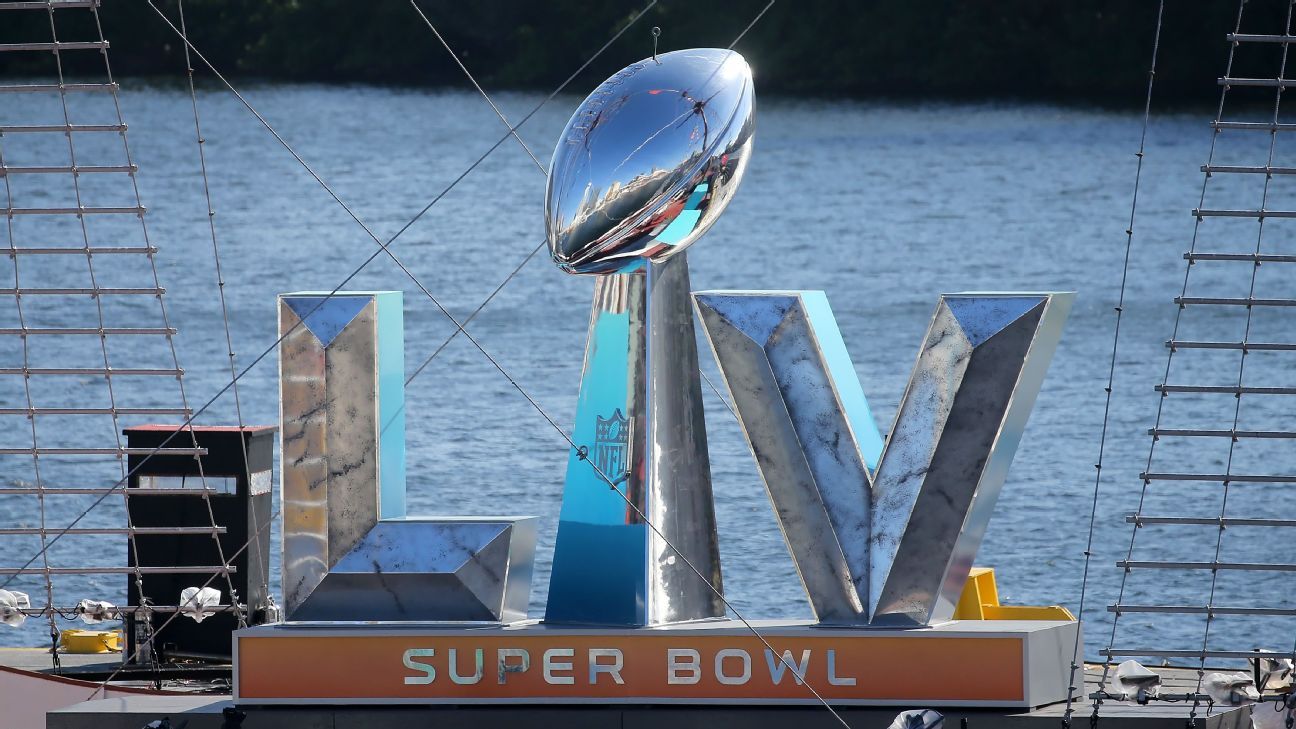 The rings, unveiled Thursday night in a private ceremony for players, coaches, front office members, team employees and their families, feature a removable top of the ring which allow you to see an entire replica of Raymond James Stadium, with everything from the 50-yard line to seats.

The 319 diamonds, which include 15 karats of white diamonds and 14 karats of yellow diamonds, reflect the Super Bowl’s 31-9 final score. The twist-off removable top is a first of any Super Bowl ring. On the bottom of the removable top, laser-etched in gold, is the word “HISTORIC,” to commemorate the accomplishment. The top also features two Lombardi trophies as a nod to the Bucs’ 2002 Super Bowl win — the first in franchise history.

Around the top of the stadium on each of the four sides are four game scores from the Bucs’ four postseason wins over the Washington Football Team, New Orleans Saints, Green Bay Packers and Kansas City Chiefs. Inside the band are the words “Trust, Loyalty, Respect,” their team motto.

“We wanted it to represent the camaraderie and sacrifice that our players and coaches experienced along the way,” co-owner Darcie Glazer-Kassewitz said. “This ring tells the story of that journey, it reflects the heart and soul of a team like none other before it. We know it will be an emotional touchstone for everyone involved for many, many years to come.”

The Bucs’ previous Super Bowl rings were manufactured by Tiffany’s. But most NFL teams have used Jostens, which designed all six of Tom Brady’s Super Bowl rings with the New England Patriots and the rings worn by the Kansas City Chiefs after winning Super Bowl LIV following the 2019 season. But the Glazer family, who own the Buccaneers, wanted something different.

“They said, ‘Listen, we are not doing what is expected of us. We are going rogue with you guys. We want to do something different. We don’t want to follow the herd,'” said Jason Arashben, founder of Jason of Beverly Hills, who has produced championship rings for the Los Angeles Lakers and Golden State Warriors, but had never produced Super Bowl rings.

“This is the most hands-on ownership group we’ve had,” said Arasheben, who has also created custom pieces for celebrities like Drake, Jennifer Lopez, Dwyane Wade, Rihanna and Matthew McConaughey. “They really, really wanted to design a ring that the team and the city would love. They put their blood, sweat and tears – and most importantly, their time into it, to make sure it was exactly the way they envisioned in the end.”

Players like Lavonte David had input in designing it and even got a sneak peek, while coach Bruce Arians, who has won two Super Bowl rings as an assistant with the Pittsburgh Steelers and chose not to see the final design, had just a simple request: “I wanted to be able to wear it,” Arians said.

“We paid homage to each individual playoff win, each individual opponent. I think that’s what makes this special,” Arasheben said. “I don’t recall a ring in Super Bowl history that has this many storylines to it. That is why this ring took so long to conceive, because they weren’t happy just making a diamond ring. They wanted a diamond ring that was going to tell a whole story and in multiple ways – to the design to the stone count – they wanted to do a ring that was something special.”

The design alone took 2 ½ months to finalize and included sometimes three phone calls a day with Bucs’ ownership. The rings are yellow and white gold and are made up of over 140 grams of gold and 15 karats of ethically-sourced diamonds, something that was very important to the Glazer family. Each individual ring is comprised of 11 different pieces that needed to be manufactured and then assembled, which took 40-50 hours of labor from seven different specialists. Each ring is personalized with the players’ name, along with their number, set in diamonds.

Was there additional pressure coming up with a design for Brady, knowing he’s already got six other rings? Arasheben said he had a similar experience creating the Lakers’ ring for LeBron James.

“This one, I felt the same pressure, if not more. Tom Brady has six previous Super Bowl rings. I was like, ‘You know what? This one has to supersede the expectations, to exceed every other one he’s had in the past. And I feel more than confident that we succeeded in doing that.”