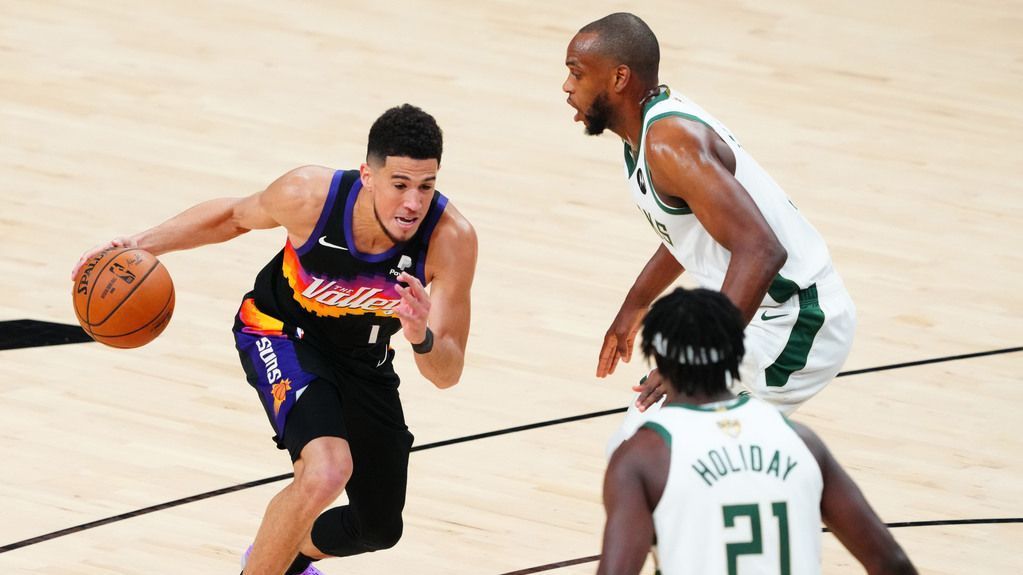 TOKYO — The trio of players making the unprecedented jump from the NBA Finals to the Olympics are all scheduled to be in Japan by Saturday.

The hope is for Devin Booker, Khris Middleton and Jrue Holiday to be available when Team USA opens play Sunday against France, according to coach Gregg Popovich.

After attending the Milwaukee Bucks‘ championship parade Thursday, Middleton and Holiday are scheduled to fly to Seattle on Friday. There, they will meet up with Booker, whose Phoenix Suns they helped eliminate three days earlier, and the three will take a private plane to Tokyo.

The pivot from being opponents in the NBA playing for the highest stakes to teammates on the national team going for a gold medal has happened over the years but never this suddenly, making it one of the more awkward scenarios in Team USA’s already fascinating history of intersecting star players.

“I would say just understanding competition and that it’s never personal between who you’re going with, unless lines are crossed,” Booker said this week discussing going from foe to teammate with the Bucks’ players. “Those guys aren’t that type and I would never go that way with them, because there’s a high respect level for each other. Representing your country is a whole different dynamic than competing against each other in the NBA Finals, but I can always respect somebody that competes at the highest level.”

With the lengthy procedures for entry into Japan, it is unlikely the new arrivals will get much more than a light walkthrough with the rest of Team USA, which has been in Japan since Tuesday. But with an expected tough test against the French, Popovich is planning on using his reinforcements immediately, even if he’s not sure how it will play out.

“I have no idea [how to use them]. I’m not trying to be glib. I’m trying to be transparent,” Popovich said. “Maybe they’ll be OK for the game [Sunday] and it’ll hit them two days later. Maybe we should play them in the first half and see what they’re like.”