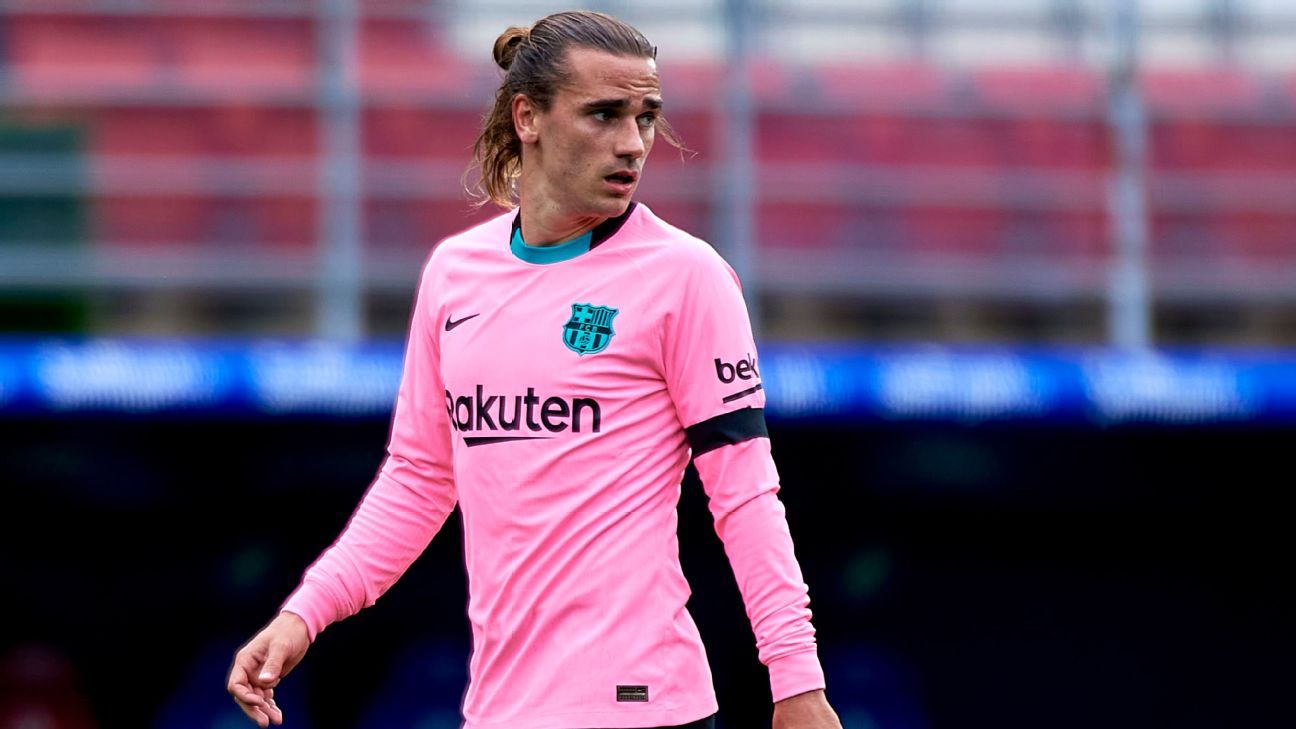 Barcelona president Joan Laporta said the club are open to proposals for their players this summer and refused to rule out letting Antoine Griezmann leave.

Sources have told ESPN that Barca have held talks with Atletico Madrid over a swap deal which would see Griezmann return to his former club and see Saul Niguez move to Camp Nou.

However, negotiations have stalled because the two clubs have failed to reach an agreement over the valuations of the two players.

“Griezmann is a Barca player, he has a contract with the club until 2024 and unless circumstances change, we are counting on him,” Laporta said at the presentation of Memphis Depay on Wednesday.

“There have been some movements on the market and we can’t deny that there’s been interest in him. That’s a sign of his quality.

“It’s a special market and you have to use your imagination, perhaps thinking in swap deals, but we value Antoine a lot. The club made a big investment in him and we are happy with him.

“It’s not easy for a club to come in with an offer for a player at his level. But the transfer window is just getting started and there’s a market for Griezmann.

“If things start moving, we’re open to all proposals because we’re in a delicate moment financially and we have to balance the books for to comply with the league’s financial fair play rules.”

Barca need to make room on their wage bill to be able to register Lionel Messi’s new contract, with sources telling ESPN last week a verbal agreement has been struck over a five-year deal.

The Blaugrana’s debt currently stands at over €1 billion and their La Liga spending cap has been cut from €671 million to €347m with further reductions expected this summer.

Laporta said that things are “progressing well” with regards to getting Messi’s new deal signed and confirmed once again the player’s desire to extend his 21-year relationship with the club.

The Barca president also said the players are showing a “good attitude” in regards to possible wage cuts as they fight to bring their outgoings down to comply with La Liga’s spending limits.

In addition to Griezmann, Barca’s director of football Mateu Alemany confirmed the club have held talks with the representatives of Samuel Umtiti and Miralem Pjanic, two players who have been made available for transfers this summer.

Laporta and Alemany were speaking at the presentation of Netherlands international Memphis, who has joined Barca on a free transfer from French side Lyon.

“Finally I am here,” said Memphis. “It’s an honour and a dream come true. I’m at Barcelona. This is a huge club and now, at the age of 27, I have fulfilled a dream.”

Memphis could make his first appearance for Barca in a friendly against Girona on Saturday.

Earlier on Wednesday, Barca confirmed that highly-rated young left-back Alejandro Balde has signed a new deal until 2024. His release clause has been fixed at €500m.