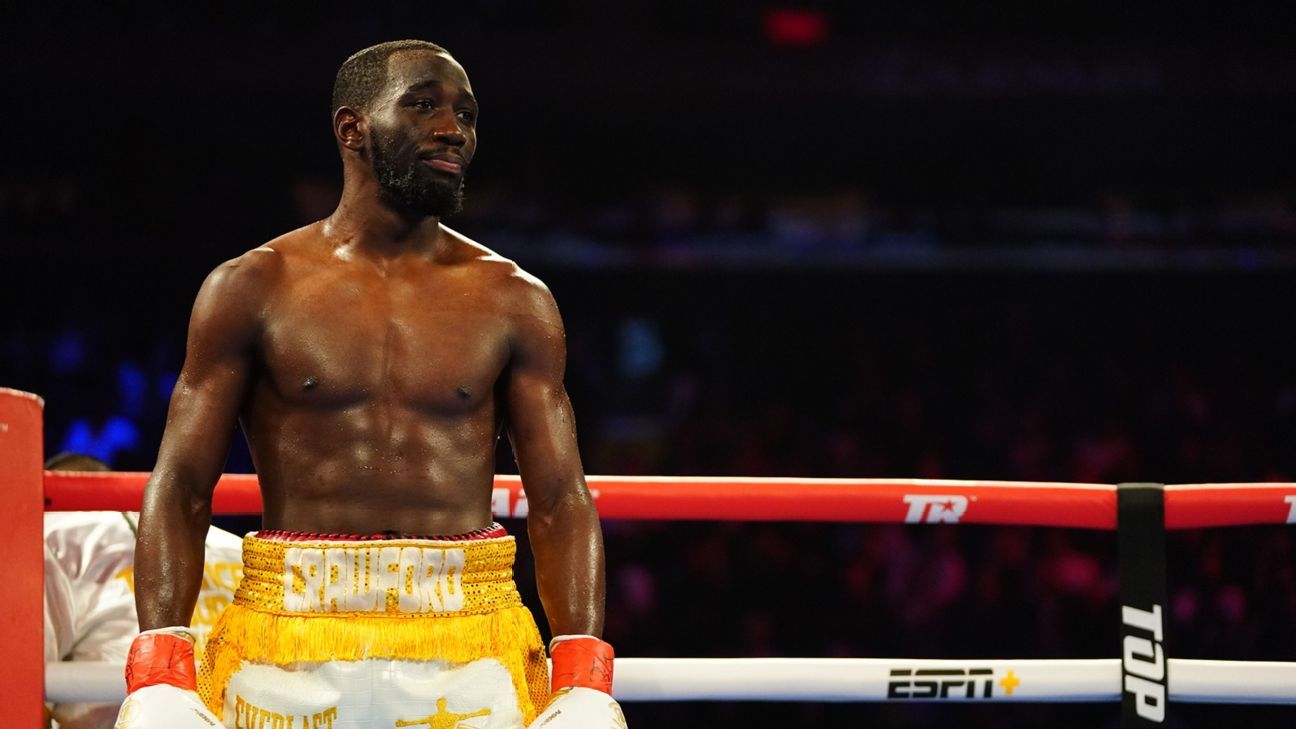 Terence Crawford, ESPN’s No. 2 pound-for-pound boxer, could be preparing for a quantum leap in competition.

A fight between the welterweight champion and former titleholder Shawn Porter was ordered by the WBO late Wednesday night.

In the letter, sent to Crawford’s promoter, Top Rank chairman Bob Arum, and Tom Brown, who works with Premier Boxing Champions, the parties were informed that they have 30 days to negotiate the fight. If no deal is reached during that timeframe, a purse bid will be ordered in which the rights to the title tilt will be auctioned.

Just because a fight is ordered by a sanctioning organization is no guarantee it will happen, but this matchup is a natural. There’s no chance Crawford is willing to relinquish his belt; it’s equally difficult to see Porter passing up another title opportunity.

Allowing the fight to proceed to a purse bid is risky, as Top Rank learned in February when it lost the rights to the undisputed lightweight title fight between its champion, Teofimo Lopez, and George Kambosos, a bout Triller gobbled up with a bid of more than $6 million. A fight between Crawford and Porter is substantially more marketable.

Despite his immense talent, Crawford (37-0, 28 KOs) has never faced a name opponent in his prime. The three-division champion fought a faded version of Amir Khan on ESPN+ PPV in 2019. His knockout victory over Julius Indongo in 2017 was the first fight of Top Rank’s long-term deal with ESPN.

A hometown attraction in Omaha, Nebraska, his stoppage win over Jeff Horn was the first notable boxing event on ESPN+. Even against non-elite foes, there’s been one constant: Crawford’s ability to generate substantial viewership. And another: his ability to finish off his foes.

A fight with Porter, ESPN’s No. 4 welterweight, would easily be the switch-hitter’s most marquee to date. It could also be the final bout of his long-term partnership with Top Rank. Crawford’s deal with the promoter has one fight remaining on the contract, sources tell ESPN.

Before this action from the WBO, Crawford, 33, was offered a fight with rugged contender David Avanesyan, per sources, a bout that was being eyed for Oct. 23. Atlanta was a potential location.

With the WBO surprisingly ordering the bout, attention will now turn to Porter. The 33-year-old from Cleveland won his first 147-pound title in 2013 when he outpointed Devon Alexander. The pressure fighter lost his belt to Kell Brook the following year and was defeated in his next title bid, a fight-of-the-year candidate versus Keith Thurman.

A rematch between Thurman and Porter was being explored for later in 2021, per sources.

Porter (31-3-1, 17 KOs) regained the title with a victory over Danny Garcia in 2018 but two fights later, he was turned back by Errol Spence Jr. in a title unification bout.

It’s a fight between Spence and Crawford, ESPN’s No. 1 welterweight, that has stood as one of the best potential matchups in boxing for years, but politics have blocked it. Top Rank and PBC rarely conduct business with each other, a two-fight deal between Tyson Fury and Deontay Wilder a rare exception.

Like Spence, the majority of the best 147-pounders in the world are aligned with Al Haymon’s PBC: Porter, Thurman, Danny Garcia, Yordenis Ugas and even Manny Pacquiao.

The legendary Pacquiao and Spence will duel Aug. 21 for the latter’s two welterweight titles. If Crawford-Porter happens afterward, all would be lined up for the winners to clash next year in a high-stakes megafight.

Tigers’ Cabrera vows ’23 return: I’m not quitting
Yanks’ Carpenter breaks foot amid resurgent year
Position U 2022: Which schools produce the most talent at each position?
Pumas vs. Wallabies: Is JOC’s experience enough?