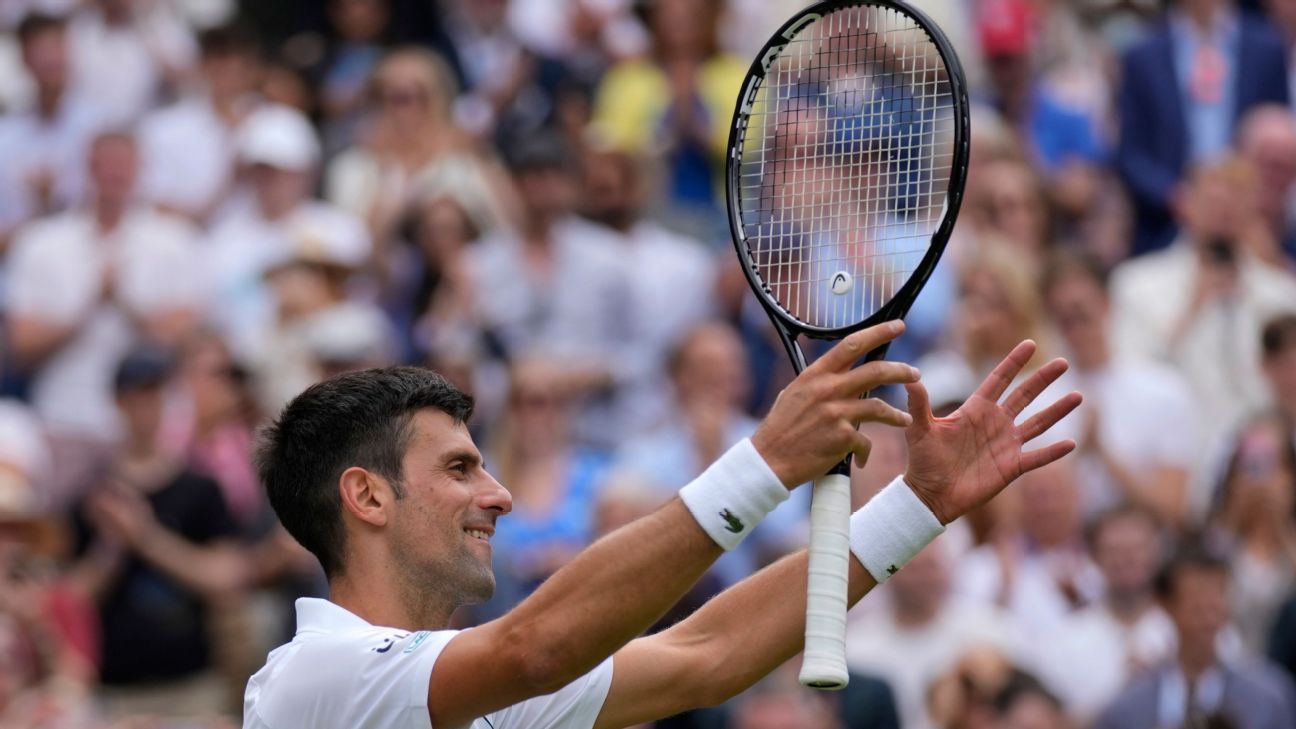 The prospect of winning an Olympic gold medal for Serbia outweighs the disappointment of playing in an empty venue at the Tokyo games, the men’s world tennis No. 1 Novak Djokovic said on Monday.

Djokovic considered pulling out of the Olympics due to COVID-19-related restrictions after winning Wimbledon this month but decided to head to Japan for what he called patriotic reasons.

Brimming with confidence in a televised interview with Montenegro’s MINA news agency in the coastal republic’s resort of Herceg Novi, Djokovic said Croatia’s former Olympian Blanka Vlasic had helped persuade him not to pull out.

“It came down to patriotism and my feelings for Serbia,” Djokovic said after completing a practice session on a hardcourt surface.

“I am not overjoyed about playing with no fans present or about the various coronavirus restrictions effective in Japan, but representing your country in the Olympics is indispensable.

“I came across Blanka Vlasic a few days ago and she said that people will only remember who won the medals, not what the conditions were like or whether there were any fans or not,” he said.

“Her words stuck with me and I am delighted that I decided to take part in the Olympics. I am inspired to play my best tennis and confident that I can win the gold medal after a tremendous run so far this season.”

Vlasic won the silver medal in the women’s high jump at the 2008 games in Beijing and bronze in Rio de Janeiro 2016.

Djokovic, who won a record-equalling 20th major honour when he claimed this season’s Wimbledon to go level with peers Roger Federer and Rafael Nadal, is on course to claim an unprecedented golden slam in 2021 when he heads to the Aug. 30.-Sept 12. U.S. Open.

Should he win Olympic gold too — the one title that has eluded him so far — Djokovic would become the first man ever to win all four majors in a year plus an Olympic title.

The 34-year old from Belgrade conceded it was going to be a big ask, although Federer and Nadal have both pulled out of Tokyo.

“The Olympics and the U.S. Open are obviously my biggest objectives for the remainder of the season, and it’s going to be demanding,” said Djokovic.

“But I am full of confidence and motivated to represent Serbia in the best possible way. I am yearning for a medal in Tokyo, hopefully gold, and then I’ll go to New York aiming to complete it all.”