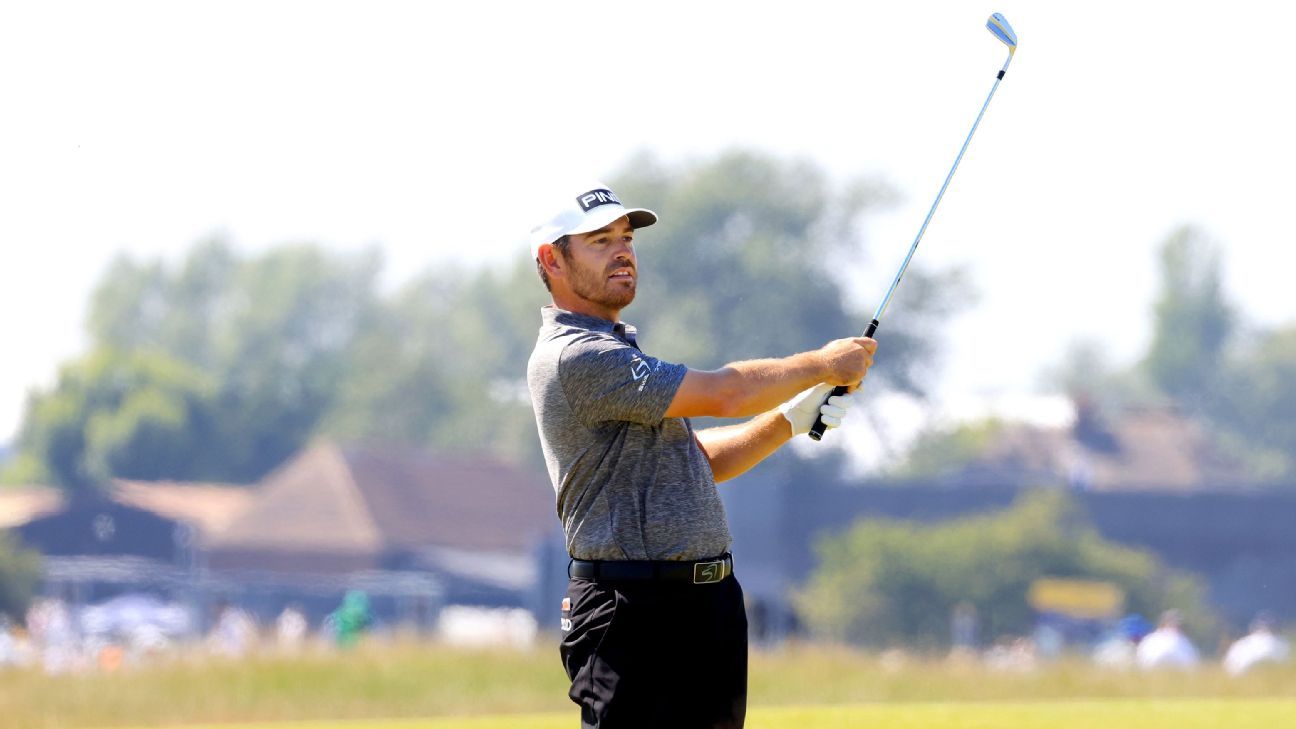 SANDWICH, England — Louis Oosthuizen produced an amazing two months of golf, contending in three consecutive major championships and joining a short list of players to finish top-3 in three of them in a single year.

He simply has no hardware to show for it.

Oosthuizen, 38, the 2010 Open winning at St. Andrews, had the 54-hole lead at Royal St. George’s but failed to put together the round necessary to win his second major championship on Sunday.

Collin Morikawa, 24, shot a final-round 66 to win his second major championship while Oosthuizen could manage just a 71 to finish in a tie for third with Jon Rahm, four shots back. Oosthuizen declined to speak after the round, but congratulated the fans and Morikawa via Twitter.

“Well, I do know one thing, the fans @TheOpen are second (or third) to none. Thank you for the incredible support this week, and congrats to @collin_morikawa who played with class and grit today. Well done mate.”

On Saturday, when Oosthuizen held a one-shot advantage over Morikawa, he spoke of his goal for Sunday’s final round.

“Go one better,” he said. “You know, finishing second isn’t great. So I will play my heart out tomorrow and see if I can lift the Claret Jug again.”

Oosthuizen held the lead after each of the first three rounds and set an Open 36-hole scoring record of 129. But it was not to be for him again.

Oosthuizen bogeyed the fourth hole to fall into a tie with Morikawa and a big change occurred at the par-5 seventh, where Morikawa’s birdie coupled with Oosthuzien’s bogey meant a two shot advantage. Morikawa then birdied the eighth and ninth holes as well and found Jordan Spieth, who finished second, his main competition.