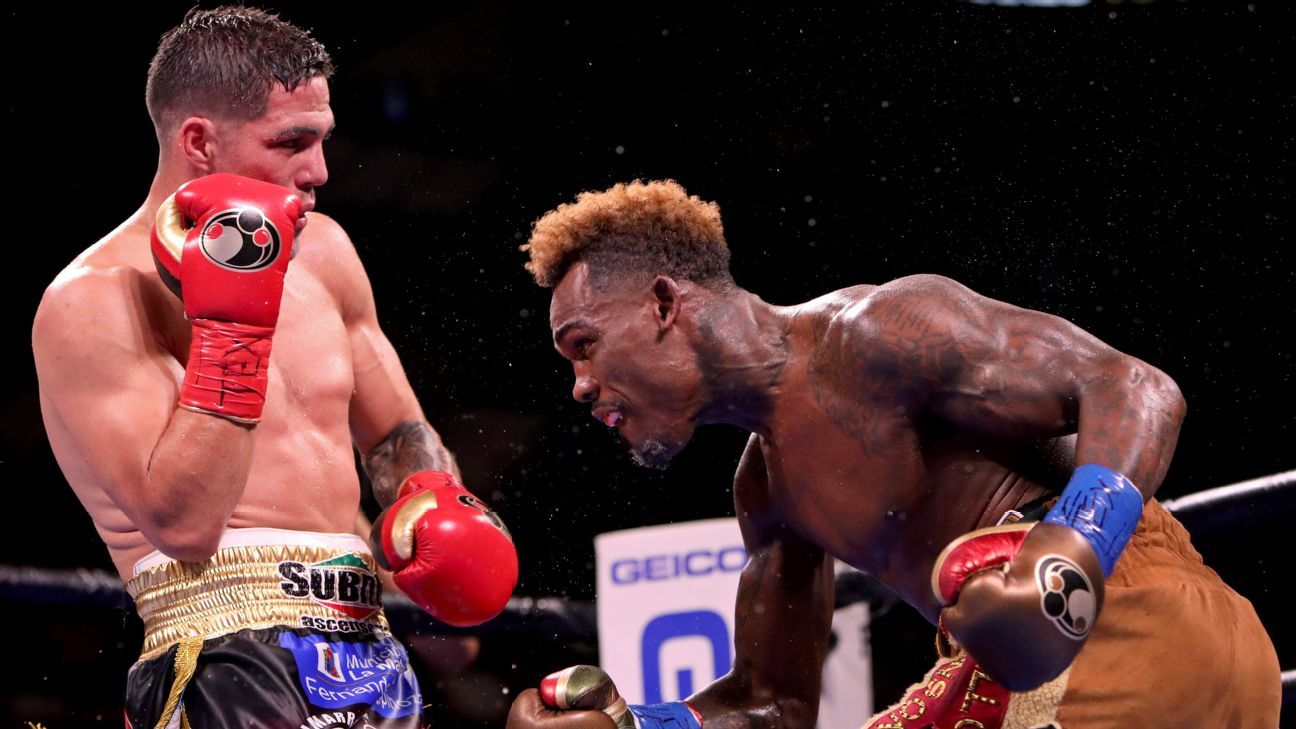 In one moment, Jermell Charlo appeared out of answers as his shot at an undisputed championship was slipping away. Then in another, Charlo was smacking Brian Castano across the ring inside the AT&T Center, looking for a special moment to seal his claim as the world’s best junior middleweight.

Charlo tried his best to produce the magic he needed on Saturday in San Antonio, but it never came, as Castano survived a frantic finish and the fight was ruled a split decision draw. The only sleight of hand was Nelson Vazquez’s 117-11 scorecard in favor of Charlo, which was quickly lampooned for its absurdity.

That shouldn’t overshadow what Charlo and Castano did for 12 special rounds. For years, boxing’s 154-pound division was been searching for a true No. 1 fighter. And despite the fact their fight didn’t yield an undisputed champion, there’s no mistake about it — Charlo and Castano showed why they’re the best at that weight.

In front of a lively crowd in south Texas, Charlo and Castano hurt each other early, before Castano appeared to build a good lead over Charlo. The fight peaked in the 10th round, when Charlo (34-1-1, 18 KOs) hurt Castano (17-0-1, 12 KOs). At the time, Charlo needed a comeback in order to keep his hopes of becoming the first undisputed 154-pound champion in the four-belt era alive. Castano wobbled around the ring but never went down, which was enough to see him through to the final bell at the end of the 12th.

Both exemplified the traits that made them champions. In the second round, Charlo blistered his opponent with left hook that hurt Castano. Later on, Castano used his trademark aggression and activity to pressure Charlo, the bigger fighter. Charlo and Castano produced boxing bliss. In a fight with the rarest accolade on the line, each fighter rallied from adversity to keep their respective title hopes alive. Even though neither ended the night as the undisputed champion, it provided clarity for a division lacking that trait for years.

Both fighters expressed interest in a rematch in their respective post-fight interviews with Showtime’s Jim Gray. Based on their performance, it makes sense.

Between a dominant win over Patrick Teixeira in February and the control exerted against Charlo, Castano showed his title status is warranted. Charlo showcased his skills and like a true champion, rallied when it mattered most in order to avoid defeat.

But he still ended the night lacking the type of big victory that would have propelled him into boxing’s list of top pound-for-pound fighters.

If PBC boss Al Haymon can make it happen, Charlo and Castano could get another crack at each other to prove their supremacy among junior middleweight division.

For now, any doubt is gone — the world’s top two 154-pounders fought on Saturday night, and now they just need another fight to determine who is best. — Ben Baby

Remind me if you’ve heard this before: a great boxing match was tainted by poor judging.

Well, here we are again. Brian Castano, nearly a 2-1 underdog, deserved to leave Texas and return to Argentina an undisputed champion, just the seventh in the four-belt era.

The judges had other ideas, though. Namely one judge: Nelson Vazquez. He absurdly scored it 117-111 for Charlo. That’s right, nine rounds to three. Even Charlo admitted that was too wide. I scored the fight 117-111 in Castano’s favor, giving Charlo Rounds 2, 10 and 11, the same rounds Castano said afterward were the only ones he lost. There were two other close rounds that could have reasonably been scored for Charlo: the fifth and 12th.

In my eyes from ringside, 115-113 for Castano was the closest the fight could have been scored. Texas is unfortunately known as a state notorious for questionable judging, and with a popular Texan as the A-side, there was always a chance something like this could’ve happened.

And now, I’m writing about bad judging rather than the magnificent performance Castano delivered. Not only was he able to consistently beat Charlo to the punch — no easy feat — he displayed impressive defense for a relentless pressure fighter.

Time and again, Castano was able to pick off Charlo’s counter shots with his gloves, two fists forming a tight guard around his head that never stopped moving off the center line. Castano bobbed and weaved as he closed the distance, expertly flicking a right hand to the body to open up the head.

It wasn’t just his head that was in constant motion; Castano moved his entire upper body during his swarming attack. He should be celebrating not just a monumental victory, but a star-making performance.

By the end, many of the fans that were cheering Charlo after a rally of punches in Round 2 were now applauding Castano. And who doesn’t love a pressure fighter, especially one that elected to trade punches when he was seemingly out on his feet rather than hold?

Even though I believe Charlo deserved to lose his three belts, he, too, should be recognized for his incredible fighting spirit.

Faced with a boxer who never stopped marching forward, one who couldn’t be dissuaded by his tremendous power punches, Charlo never stopped looking for the fight-ending shot. He stood right in the pocket, back to the ropes, and winged bombs. Castano admitted he was hurt on three occasions: Rounds 2, 10 and 11.

It’s a wonder Castano was able to stay on his feet in the 10th after absorbing the kind of counter left hook that has ended so many Charlo opponents. Even Jermell was shocked, saying “I just couldn’t get him out of there. He’s tough as f—.”

Maybe in a rematch Charlo figures him out. Charlo dropped a controversial decision to Tony Harrison in 2018 (a fight I believe Charlo won), only to score a knockout in the return bout. But I’m not so sure we get a rematch. I hope I’m wrong.

More so, I hope boxing can figure out this glaring problem that just won’t go away. There are, of course, myriad issues with the sport: too many champions, the best failing to face the best, and so on. But poor judging might the biggest problem of them all.

Any effort to block Vazquez from punishing another fighter who deserved better with an inexcusable scorecard is a welcome start. But it’s already too late for Castano. — Mike Coppinger