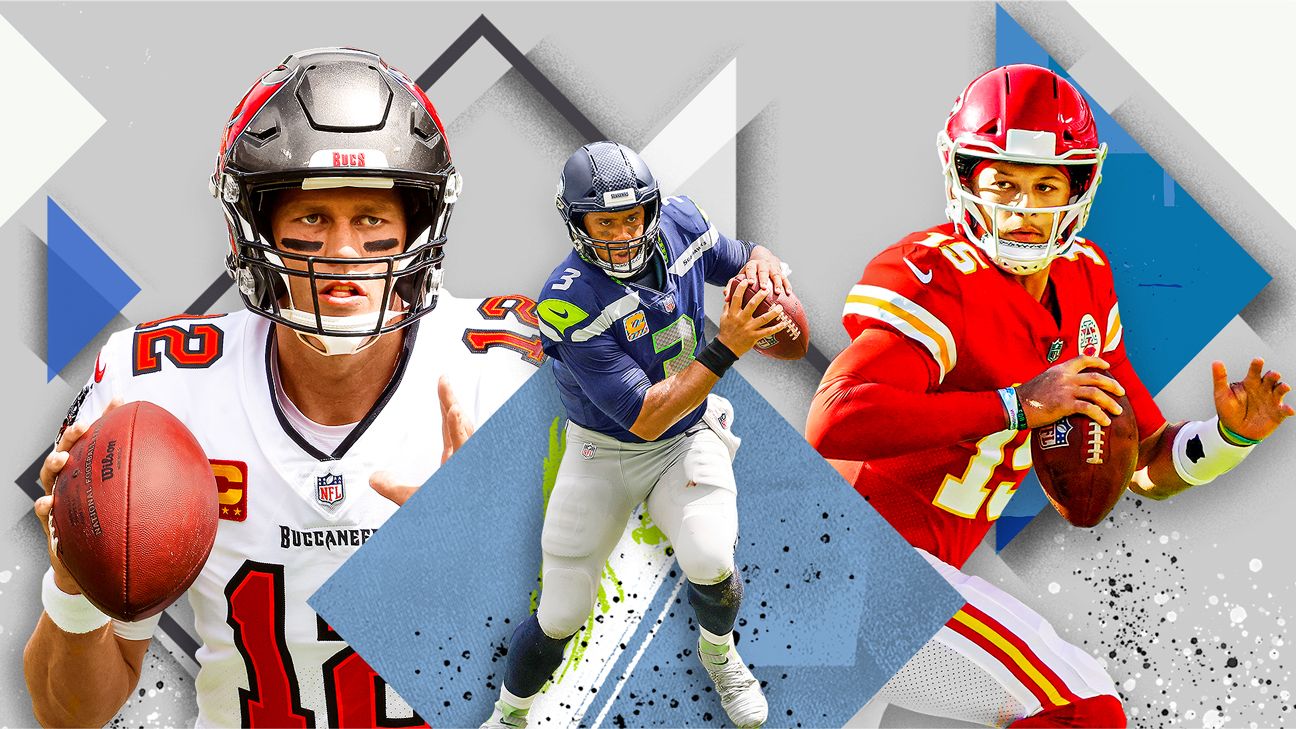 Who’s the NFL’s best cornerback? Wide receiver? Offensive tackle? What about the second-best defensive tackle — after Aaron Donald? To preview the 2021 NFL season, we set out to answer those questions and much more.

We surveyed more than 50 league executives, coaches, scouts and players to help us stack the top 10 players at 11 different positions, from edge rusher to interior offensive linemen and all the way through tight ends. This is the second edition of these rankings, and there are several players who moved up and dropped from last year’s lists.

Here’s how our process worked: Voters gave us their best 10 to 15 players at a position, then we compiled the results and ranked candidates based on number of top-10 votes, composite average, interviews, research and film-study help from ESPN NFL analyst Matt Bowen. We had several ties, so we broke them by isolating the two-man matchup with additional voting and follow-up calls. Each section is packed with quotes and nuggets from the voters on every guy — even the honorable mentions.

The objective is to identify the best players right now for 2021. This is not a five-year projection or an achievement award. Who’s the best today? Pretty simple.

We’ve compiled links to all 11 position groups here, so consider this your homepage for the entire series.

The race for pass-rush king was wide open after injuries derailed many of last year’s contenders. Each player from last year’s top four fell in the rankings. Meanwhile, two dominant players from the AFC North were glad to unseat them.

The edge rusher category — outside linebackers in a 3-4 defense, defensive ends in a 4-3 — is so loaded with dynamic playmaking that double-digit sack pedigree isn’t always enough to crack the list. Edge players get paid more than any other position save quarterback because of their ability to wreck a game plan each Sunday.

Two electrifying defenders from the AFC North top the rankings for 2021.

Execs typically rank interior defensive linemen by one criterion: Which player most often wrecks your game plan with force, length and speed — over and over?

The first choice is obvious, and is a candidate for best overall player in the NFL. Then, the next few choices were pretty clear-cut. After that? It got incredibly difficult. Players 6 through 15 were in a virtual tie, requiring at least 30 tiebreakers.

Young interior linemen ascended at a rapid pace while the play of top veterans largely hadn’t fall off. And at least one legend had to be left off the list.

The NFL’s interior defensive line — defensive tackles in any setup, and defensive ends in a 3-4 defensive alignment — will have interior offensive linemen and quarterbacks questioning the sanctity of their pockets in 2021.

Yeah, you guessed it; Aaron Donald was No. 1 by a wide margin. But who made up the rest of the top 10?

Versatility is a premium at linebacker.

“Can he do everything? That’s what I look for,” a Pro Bowl linebacker told me. “What made Ray Lewis different is he was an every-down guy when LBs used to be more for first and second downs.”

Today’s best linebackers are asked to cause turnovers, play physically against the run, master pass coverages, fly sideline to sideline for acrobatic tackles and, if good enough, line up in the slot against a dangerous pass-catcher.

The league has enough players who can handle those tasks, with this year’s top 10 “stack” linebackers — middle in all alignments and outside in a 4-3 — featuring established veterans and ascending young stars.

The NFL is stocked with very good cornerbacks — but not enough truly great ones. Evaluators in the league lamented the scarcity of game-changing corners, which is a problem in an increasingly pass-first league.

Execs and coaches want corners who can cover a No. 1 receiver in man with minimal help and switch to zone with ease, who can tackle in space and win with instincts and footwork. That’s a big ask, but it’s also why elite corners get paid. They are rare.

, though. It includes a clear-cut No. 1, ascending young stars, aging but still proficient corners, and a mean tiebreaker from Baltimore to New England.

Splash plays help. Whether Jamal Adams slips past a tackle for the sack, or Simmons and Minkah Fitzpatrick undercut routes for interceptions, head coaches and general managers want momentum-changing plays from their back-end stars.

deliver in that area, and many more.

A 32-year-old makes the strongest case in years. A pair of 22-year-olds look ready to do the same. This year’s list of the NFL’s top 10 offensive tackles

has serious range, thanks to an amalgam of talent — from comeback players to oft-injured stars and ascending technicians.

The competition was strong enough to drop last year’s No. 1 back several spots.

A year ago, NFL evaluators bemoaned the lack of elite play when ranking the league’s top guards and centers. This year’s list appears stronger

Other veterans got better — and had to, with an ascending guard from Green Bay rising in the pantheon. Defenses around the league are prioritizing inside quarterback pressure, resulting in an impressive list of defensive tackles and 3-4 defensive ends. Offenses know they must be ready; the top player certainly is.

The list of traits for today’s elite quarterback is long. Cracking the top 10 of the NFL’s best requires accuracy, anticipation and timing on throws; the range to play in multiple schemes; explosive-play ability; high-level arm strength; pocket awareness; and the ability to create plays on the move when things break down.

And being 43 years old, because somehow you can still be good at that age if you’re Tom Brady.

Or being mad at your team, because two of the top four quarterbacks from this year’s crew have gone through it with their respective employers this offseason.

Elite passers come in all styles and personalities, and these 10 players below embody that reality. If you’re building a team from scratch, you start here

Paying running backs is supposed to be a gamble. We’ve heard for years about the position’s short shelf life and cautionary tales of declining play after cashing out.

This year’s top-10 running back class defies that logic. Derrick Henry, Alvin Kamara and Dalvin Cook signed massive deals worth more than $180 million in total, and they rewarded that faith with stellar production in 2020. They surpassed 5,700 yards as a trio, along with 55 total touchdowns and a collective vault up this year’s rankings.

Here, league execs, coaches and players try to separate fact from fiction, resulting in a few surprises along the way

By far the most difficult position to rank, wide receiver is loaded with deserving candidates.

More than 20 receivers got at least one vote, and the only easy call was who would go No. 1. From second place on, evaluators preferred different flavors: the crafty route runners, the speed demons, the body-you-up receivers with size and strength, the physical forces who look like running backs with the ball in their hands, or the big names who are one healthy season away from regaining greatness.

And, of course, ranking No. 10 required a tiebreaker between two young stars.

One truism with the NFL receiver pantheon: You must put up big numbers to belong. Here are the top 10 receivers for 2021

Today’s NFL is well-stocked with gifted, young tight ends who are challenging the old guard. Three tight ends ages 25 or younger either cracked the top 10 or got incredibly close.

This list is all about balance — complete with vertical threats, multidimensional blockers and every-down throwbacks. And Travis Kelce looks like he has another 10 years as a high-ranking player after a historic season at age 31.

Here’s how our panel of execs, coaches and players ranked the best the NFL has to offer at tight end for 2021