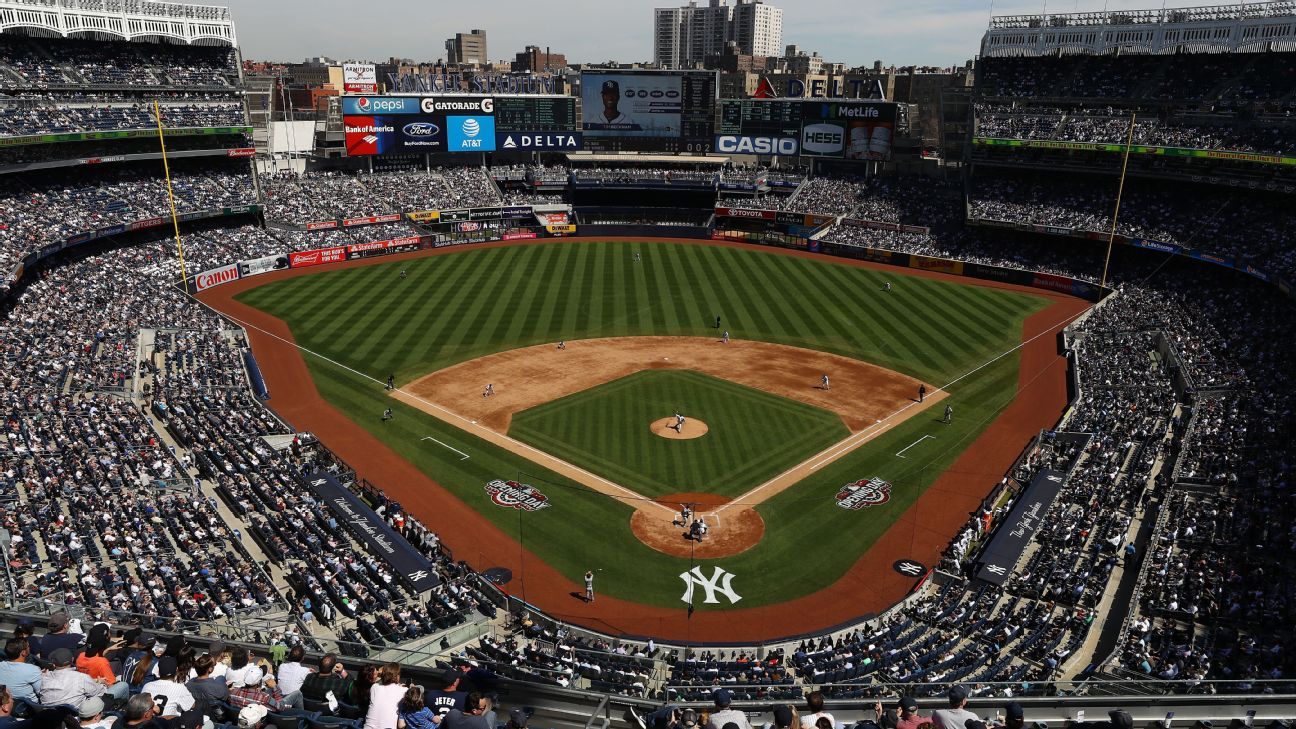 In testing since, there have been no new positive cases, sources told ESPN’s Jeff Passan, with another round of testing to be conducted Friday afternoon.

While the rash of positives threw into flux the immediate future of a Yankees team still trying to determine how it will approach the July 30 trade deadline, Judge’s inclusion rippled across the league, with players who participated in Tuesday’s All-Star Game flying across the country to play a full slate of games Friday.

Red Sox third baseman Rafael Devers told ESPN’s Marly Rivera that the team’s five All-Stars would undergo further testing Thursday. Unvaccinated All-Stars were tested for COVID-19 while in Denver for the game, and all of the tests came back negative, sources said.

The Yankees, who are in fourth place in the American League East at 46-43, were hoping to put a dent in Boston’s eight-game advantage. The Red Sox swept both three-game series against New York in the season’s first half, and the teams were scheduled to play eight games over the next week and a half as the trade deadline approaches and the Yankees figure out whether to contend for a playoff spot, punt on the season or hold as is.

This is the second outbreak on the Yankees this year despite the team exceeding the 85% vaccination threshold that allows teams to enjoy relaxed protocols. In May, more than a half-dozen Yankees coaches, including pitching coach Matt Blake, third-base coach Phil Nevin and first-base coach Reggie Willits, tested positive. Nevin spent three weeks in the hospital but credited being vaccinated with saving him from a worse outcome.

Among the six Yankees players currently with positive tests, the majority had received a COVID-19 vaccine and were asymptomatic, general manager Brian Cashman said. Loaisiga went on the COVID-19 injured list Saturday, when the Yankees were in Houston, and did not travel home with the team Sunday.

Thursday’s postponement was the eighth related to COVID-19 this season but the first in nearly three months. Also delayed were a three-game series between the New York Mets and Washington Nationals on April 1-4 and Atlanta’s game at the Nationals on April 5, two Minnesota Twins–Los Angeles Angels games on April 17-18 and a Twins-Oakland Athletics game on April 19.

There were 45 regular-season games postponed for virus-related reasons last year with two not made up.